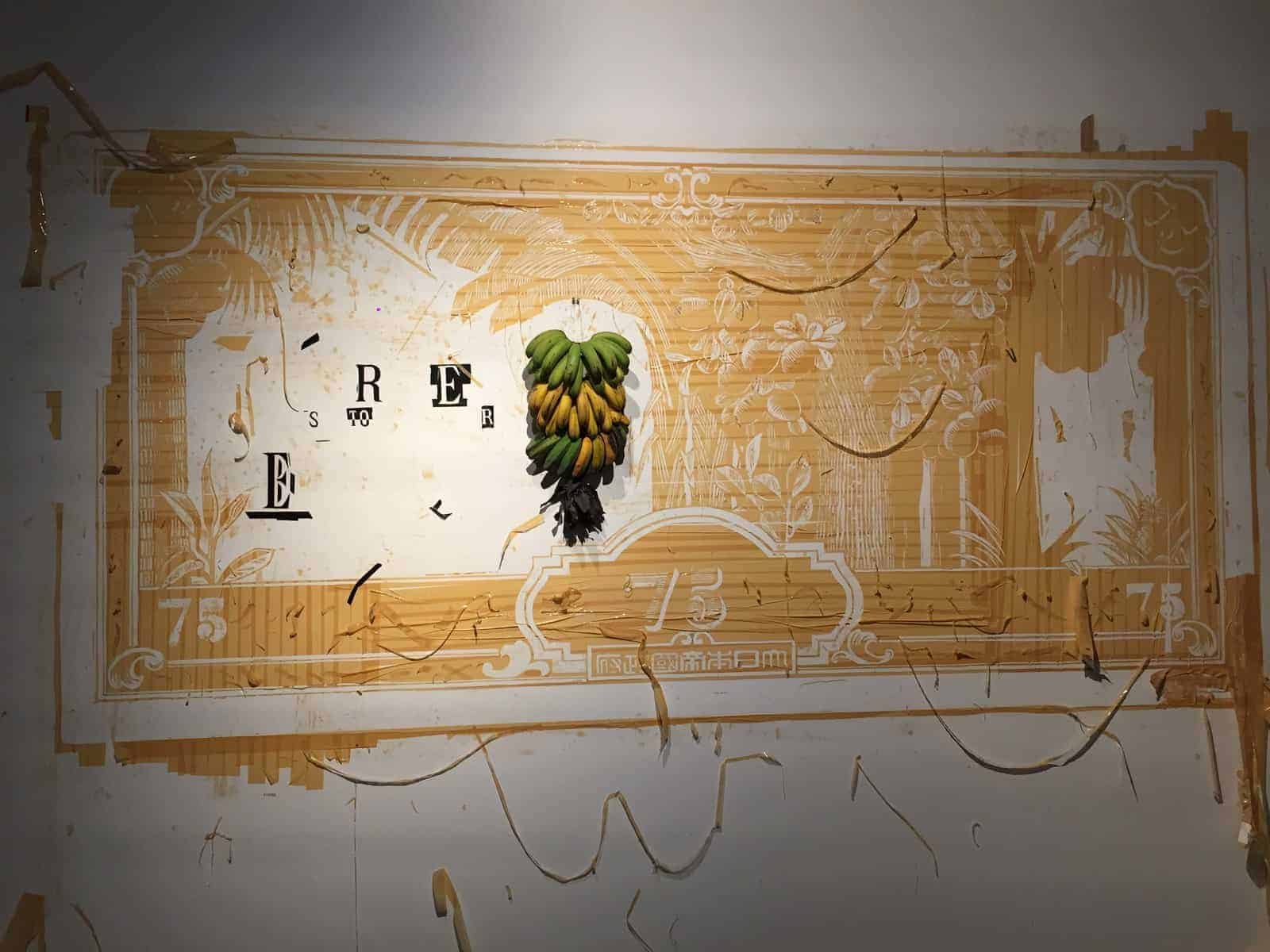 Well, I’m on display as part of the ILHAM Gallery’s newly-launched experimental pilot project, Ilham Contemporary Forum. It recently ended on 8 October 2017. ILHAM selected seven Project Curators, who in turn were asked to select Malaysian visual artworks or cultural projects created within the last 8 years (“cultural projects” being inclusive of film, fashion, performance, comics and design, amongst others).

The show was meant to be collaborative and to discuss and debate developments in the local arts and cultural scene, from a ground-up perspective.

And what is this outfit supposed to represent, exactly?

Clearly, this is a futuristic jumpsuit paired with knee-high boots inspired by Malaysia’s iconic PETRONAS Twin Towers. The “towers” are made of metal connected by a “bridge” that goes across the top of the outfit.

It weighs 6kg and has 100,000 Swarovski crystals hand-sewn into it. It took 15 people, two and a half whole months to complete.

Oh come on, is a Miss Universe costume really art?

And if an art exhibition is about contemporary cultural trends, you can’t get more kitschy-fabulous than the national costumes which come trotting out yearly at the Miss Universe pageant. Whether they’re revered or reviled, everyone has an opinion on them.

Anyway, didn’t Kiran Jassal look amazing? (Or at the very least no worse than Miss Thailand in her tuk-tuk splendour, and Miss China, who evidently attended one year, as a porcelain vase).

Back to the point, I’m juxtaposed here for your viewing pleasure, against the work of such luminaries as Vincent Leong. Surely that makes me as much a piece of  “art” as Keeping up with the Abdullahs?

In any event, look at my neighbour here in ILHAM:

The work is supposed to refer to “banana money” which was a worthless hyper-inflated currency issued by the Japanese during their occupation of Malaya during World War II in 1942. The money carried a banana tree motif, hence the name. This work is made of bananas and tape, which are stuck to a wall.

I rest my case.

(Although, while we’re on the subject of banana leaves….)

What do you think?

Do Miss Universe costumes belong in an art gallery?

If it’s all too much to think about on a Saturday morning, then you might just want to have a giggle over this year’s national costumes. (Our vote goes to Miss Indonesia). 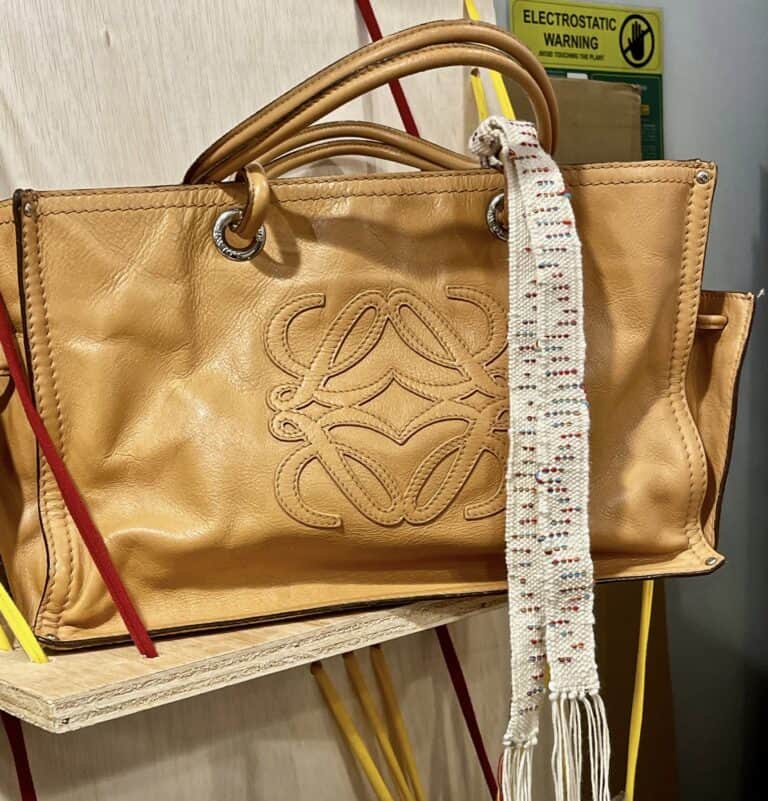 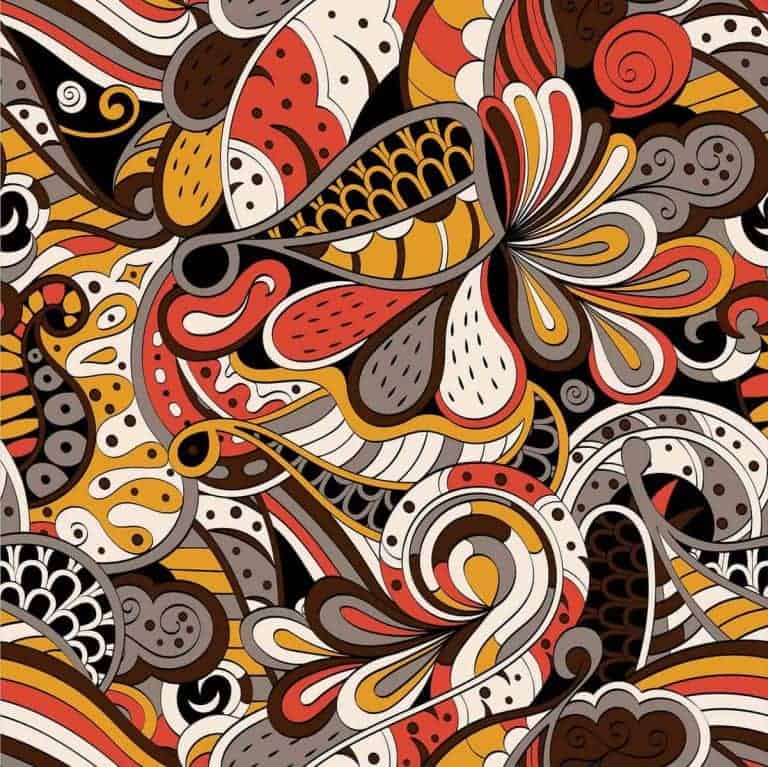 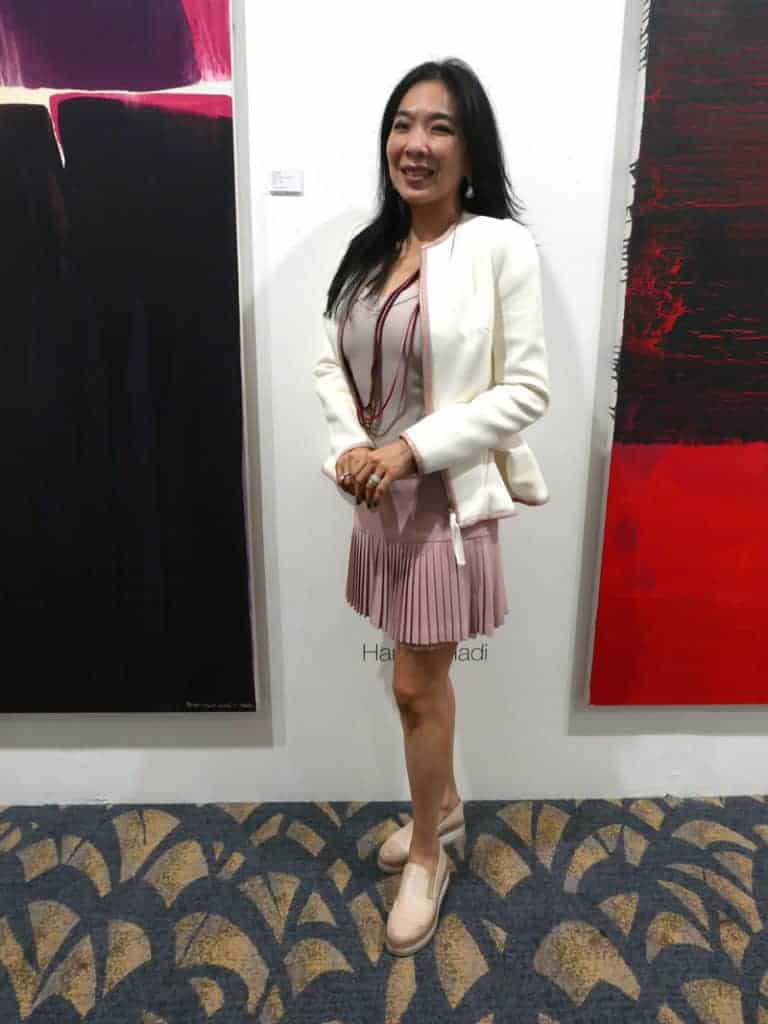 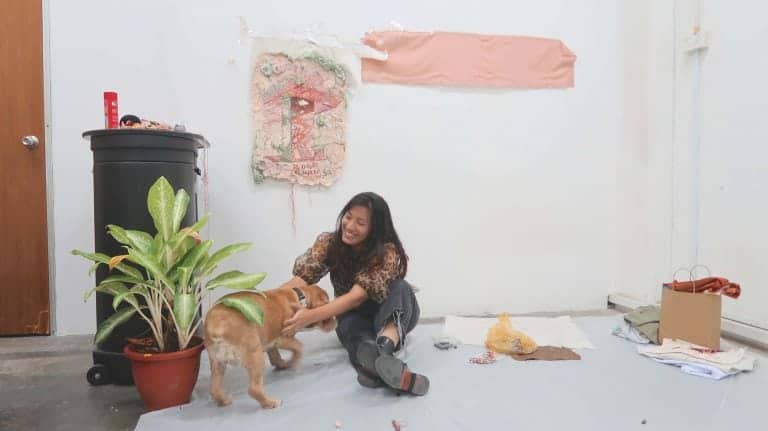