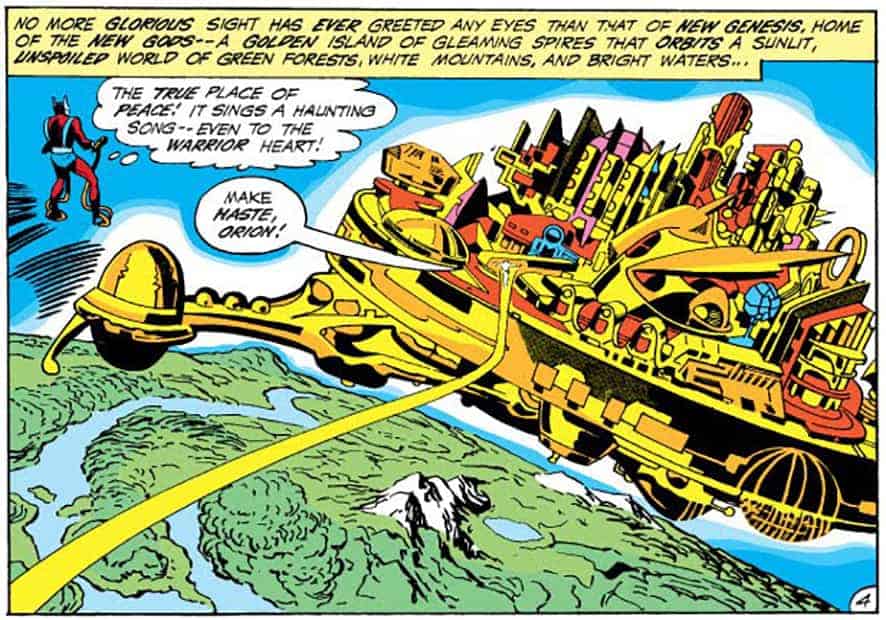 “In the beginning, God created the heavens and the earth.” So reads the very first sentence in the first chapter of the Bible, Genesis. The biblical creation story has intrigued, fascinated and inspired many artists through the ages, arguably reaching its zenith in the 19th century, before modern art began to take a more secular turn. Renaissance masters like Albrecht Dürer and Lucas Cranach the Elder, among many others, focussed on that part of the creation narrative that most interests us (self-absorbed beings that we are), the story of the Adam and Eve, the first man and woman.

The biblical story of Man’s origins is so strongly embedded in our psyche and the Western artistic tradition of sacred and religious art so powerfully influential, that even contemporary Southeast Asian artists, not necessarily of the Christian faith, reference this imagery in their artworks, albeit with vastly different intents and purposes. See, for example, these works by Thai artist Natee Utarit, from his recent series, The Altarpieces.

Singapore artist Jahan Loh is set to present his own deeply personal vision of the creation story in an upcoming solo exhibition, Genesis: God’s Terrarium, at boutique art salon and consultancy, The Culture Story, officially opening on 13 January 2018. The Culture Story’s co-founder, Ning Chong, and the artist sat down with me for a chat recently and gave me a sneak peek at some of the works that will be in the show.

Loh is well-known for his pop and street art-inspired creations, one of his most popular series being 2011’s Cherry Poke: Reconstituted Philosophies, that featured familiar Asian canned foods like the ubiquitous Ma Ling pork luncheon meat and Narcissus canned lychees in syrup – a witty play on cultural signifiers in Singapore that resonated with many of us (U still has the T-shirt!). In fact, the Ma Ling luncheon meat work, along with several others by Loh, was selected for the ArtScience Museum‘s exhibition Andy Warhol: 15 Minutes Eternal, as being examples of works by Southeast Asian contemporary artists who share a similar visual language with the great Pop Artist himself. 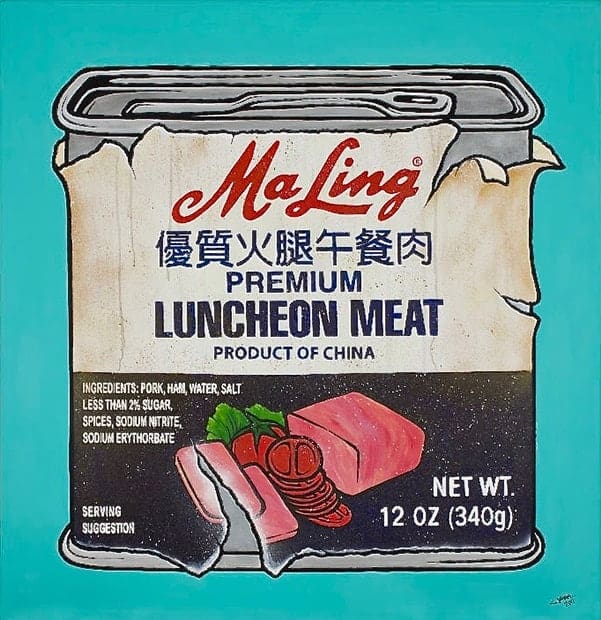 If you go to the show expecting to see more of Loh’s canned food works or, at least, works in a similar vein, you will be surprised by the new direction in which he has ventured artistically. While still recognizably Jahan Loh works, reflecting his street art, graffiti, comics and manga influences, Loh has taken a more philosophical and reflective turn with this series. He attributes it, in part, to turning forty not too long ago, saying, “Forty is a very scary age.” Out of his mid-life, existential search for meaning, his deeper exploration of faith and spirituality and his questioning of man’s origins, was born this series of eight paintings and two larger-than-life-sized sculptures, referencing the biblical creation narrative and featuring Adam and Eve, as you have likely never seen them before!

Loh’s Adam and Eve couldn’t be more different from the depictions of the first man and woman in the religious paintings of the Renaissance. Their flesh glows an alien blue that brings to mind James Cameron’s quasi-humanoid race, the Na’vi, from the planet Pandora in the movie Avatar and their faces are completely obscured by strange headdresses or masks. Loh, who was born into the Anglican faith and attended a Catholic boys’ school, says that when he read the Bible growing up, the images he saw in his mind were never like the ones in Western religious paintings. Rather, he would imagine the Four Horsemen of the Apocalypse, for example, as comic-book or manga characters on motorbikes! Growing up on a steady diet of Western comic-books, Japanese anime or manga, cartoons and sci-fi movies and having as one of his heroes, Jack Kirby, the man behind many comic-book superheroes such as Captain America, the X-Men and the Hulk, Loh’s Adam and Eve are derived from and inspired by these influences. Jack Kirby himself imagined his own creation story by way of a world known as New Genesis in his comic-book series New Gods, an idyllic planet filled with unspoiled forests, mountains, and rivers ruled by the Highfather (see feature image above). Loh’s creation myth does not, therefore, adhere strictly to biblical roots. Instead, he speculates on the nature of man’s origin, wondering if, perhaps, we might have descended from extra-terrestrial beings who found, here on earth, a hospitable new world, like James Cameron’s Pandora or Kirby’s New Genesis.

Adding another layer of meaning and complexity to the works are the masks, or headdresses, on the figures’ heads. Loh speaks of them as being like the aura that everyone has, although it may not be visible to the naked eye and most of us are not conscious or aware of its existence. While the masks may, at first, look like just a random combination of shapes Loh has, in fact, plotted them out with great thought and deliberation. In seeking a new visual language, as an Asian relating to a Western religion, Christianity, Loh found that the Chinese translation of the Bible resonated with him much more and that he was able to relate more closely to what he read. His fascination with how the Chinese characters for various Biblical terms convey so much more than the corresponding English words led him to embed hidden texts, in the form of Chinese calligraphy, into this series of works.  The masks, in fact, consist of Chinese characters that have been manipulated, stretched out, distorted and layered upon one another to create a three-dimensional abstraction. While the viewer may not necessarily be able to make out the word(s), he or she may perhaps sense or experience them in the image as a whole and almost fathom a word-picture in the masks. For example, in Eden I (C) below, the first painting of the series, Loh has incorporated the characters 創世紀 (chuangshiji, or genesis, in traditional Chinese) in the masks, albeit in an abstracted form.

This new series of works by Jahan Loh is perhaps a natural evolution as the gritty urban artist reaches mid-life and begins to grapple with the big existential questions about life and its meaning, as so many do when they enter their forties. While this may sometimes be a dark and challenging period (Loh himself says he went through a period of feeling quite depressed) the experience is often regenerative, resulting in even greater creative energy and achievement. With his Eden series, Loh shares his evolving life journey with us to gorgeous and imaginative effect. 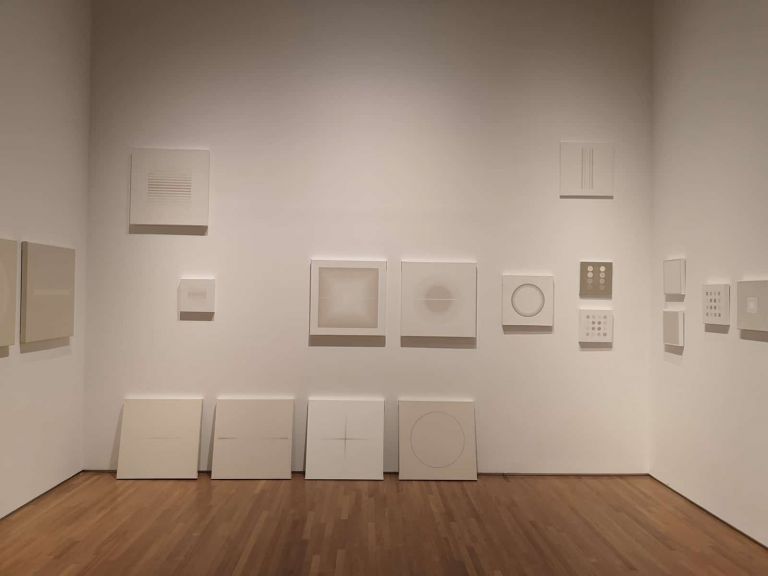 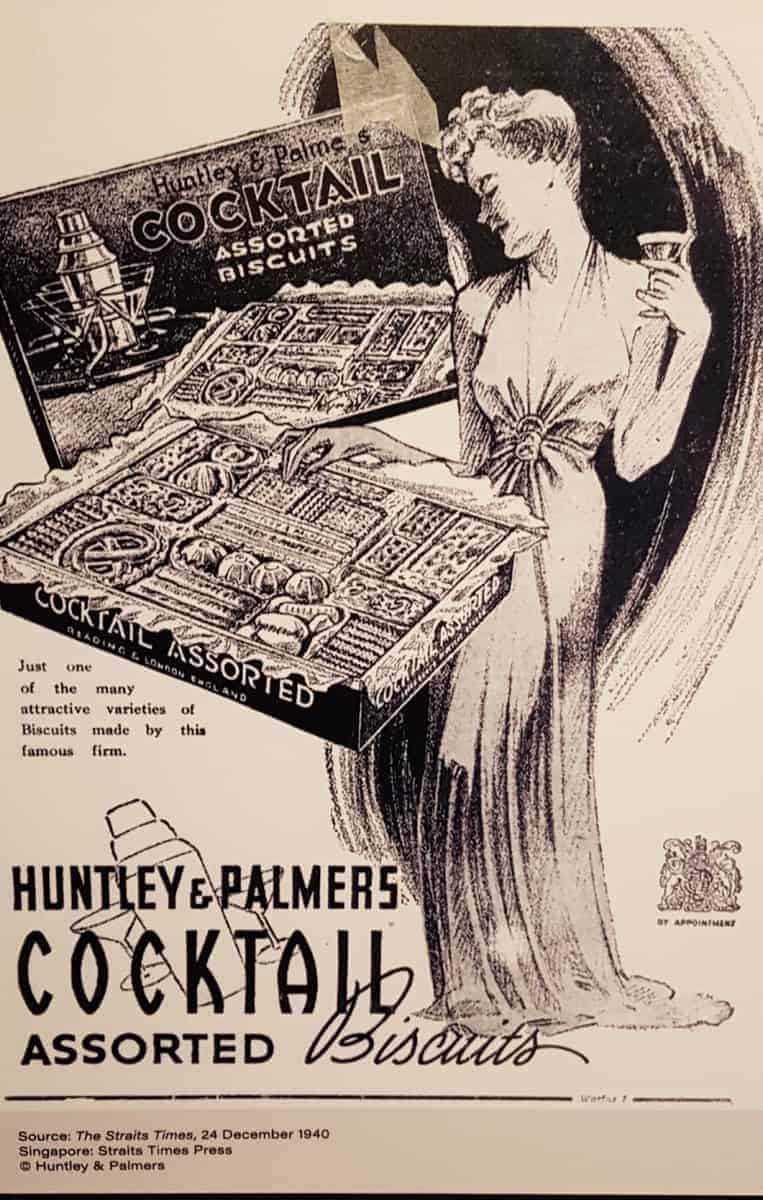 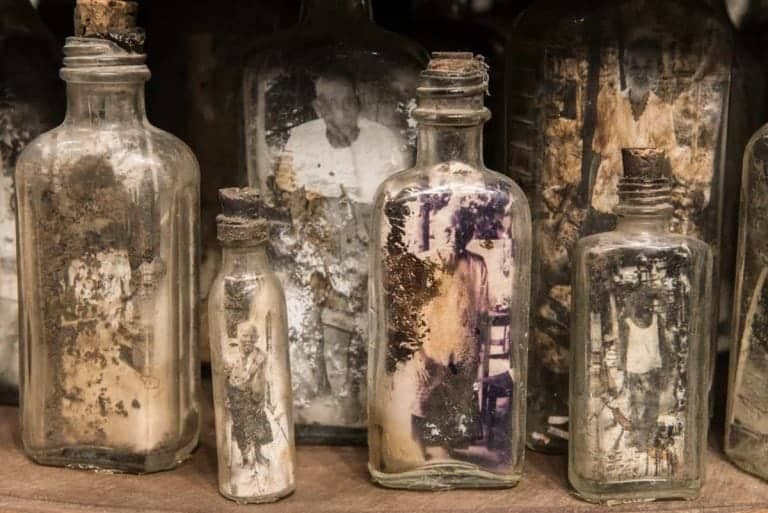 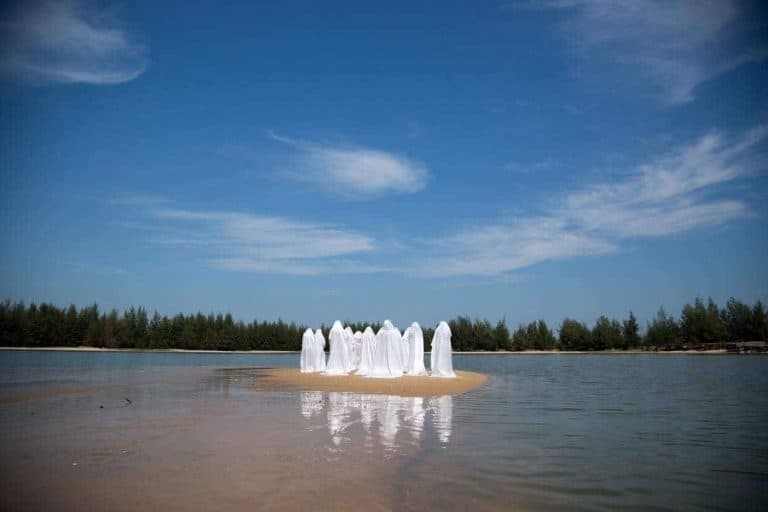