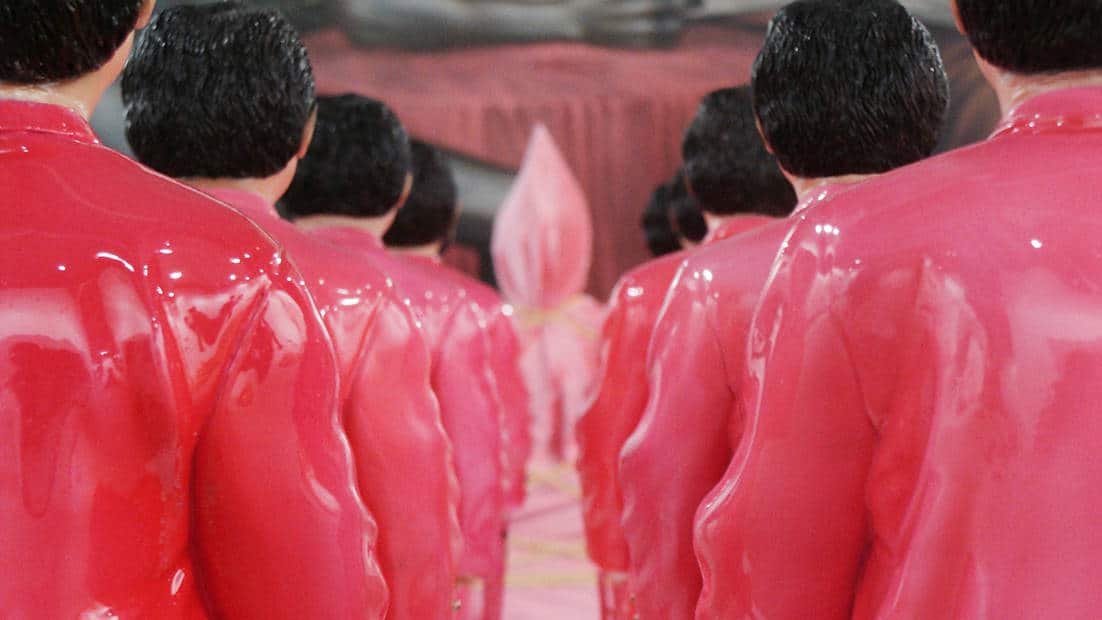 Speak of Thailand and what do most of us think of? The sunny clime? The sunny people? The sunny exchange rate of baht against the dollar?

In all likelihood, and perhaps a little guiltily, even for this writer, the popular conception of Thailand is often little more than a tourist fantasy – slow life on the river with smiley floating-market folks, bronzed skin from a good afternoon’s tan on the beach with the sunset as an Instagram-friendly backdrop, local children hawking trinkets and, for those with a penchant for risqué fare, the local entertainers with their elfin bone structures, smooth skins, and improbable ability to eject ping pong balls from various orifices!

Rarely does the occasional visitor consider or realise that Thailand has quietly amassed a reputation as one of the cultural behemoths of Southeast Asia. One of the most developed film industries in the region (that is self-sustaining)? Check. A flourishing fashion culture with genuinely exciting street styles? Check. A long tradition in the arts that does not fail to engage and innovate? Check.

Herbert P. Phillips in The Integrative Art of Modern Thailand offers the view that the Thai experience with Western art, and thus the development of its artistic culture, differs from that of other Asian countries. Japan, for example, had an extensive cultural exchange with continental Europe following the Meiji restoration, with European realism and French impressionism leaving a memorable impact on the development of Japanese artists.

In the case of Thailand, artistic exchanges between the Orient and the Occident started in a period when the Kingdom itself was in a precarious position due to European domination of the region, but it held its own and remained a politically independent state for the entirety of its history. An astonishing feat, considering the fates of its neighbours at that time.

However, contemporary art in Thailand as we know it did not emerge until the arrival of a seminal figure – a sculptural prodigy named Corrado Feroci – engaged by the Italian government at the behest of King Rama VI to be a sculptor in Thailand in 1923. Nine years after his arrival, Feroci would go on to establish the School of Arts (Rongrian Silpakorn, where he served as director and teacher), which would later become the School of Fine Arts (Rongrian Praneet Silpakam) which, in 1943, was finally elevated to a full university, the Silpakorn University.

There would, of course, be other movements and further developments leading to what constitutes the present contemporary Thai art canon, but the inescapable fact remains that, with a thousand years worth of history behind it, Thai art is pretty g*ddamn cool.

Highlighted as the country of focus at Art Stage Singapore 2018, the recent developments in the Thai art scene were noted by Art Stage President Lorenzo Rudolph to be exceptionally robust and the reason for its special mention at the art fair. In the previous year and a half alone, there have been twelve serious galleries that have popped up throughout the Kingdom, the founding of at least two private museums by renowned collectors, as well as acclaimed exhibitions by Thai artists throughout the world.

Onsite, at the fair, seven masterpieces will represent the Kingdom alongside special presentations, public artworks, as well as showpieces by Thai exhibitors. In no particular order, I am pleased to offer my personal take on the pieces you ought to see and be seen with:

A pink Buddha sits covered by a sack, while two columns of men in pink suits with pink shopping trolleys tackle him head-on.

Created in 1998 and played by the poet Sompong Thawee, the Pink Man that pervades the works of Manit Sriwanchipoom is, in the words of the artist himself, “… self-centred, self-important, selfish, self … He’s the opposite of Lord Buddha’s teachings.”

A manifestation of modern-day Thai consumerist culture, the figure, clad in a garish pink silk suit (pink because of its tastelessness and ability to clash with just about any surrounding unfortunate enough to host it, according to the artist), accompanied by other similarly pink objects, is a prominent figure in Sriwanchipoom’s artistic practice, often populating the images which the artist has re-appropriated to put forth a suitably damning critique of Thailand’s political and social situations.

Those who anticipate the dimensions of Pink Men vs. Pink Buddha to mimic the scale of the issue it targets (as well as those that fall prey to deceptive press photography) may find themselves surprised by how small the installation actually is – barely knee-high, with the figures themselves each around the size of a common garden gnome. Intricate could be one word to describe it, adorable would be another, though the figure of the Buddha bound in a gunnysack might prove to be a little foreboding.

Veering away from the operatic grandeur of his exhibition Optimism is Ridiculous: The Altarpieces (currently showing at The Private Museum), the latest series of works by celebrated artist Natee Utarit on display at Art Stage is a quiet, sombre collection that traces back to his roots as a painter influenced by the classical arts.

Meant as a tribute to Théodore Rousseau, the three paintings, each depicting oak trees from the Fontainebleau Forest near Barbizon village in France, are, together, a pastoral respite from the dramatized sensibilities that Utarit often adopts with his other works.

A little more on the light-hearted side, there is The Money Tree Project, a collaboration between artistic duo MIRROR (consisting of French painter Pierre Pourville and Singapore artist Teng Yen Lin) and Thai artist Maitree Siriboon following an artist residency at the Nong Bo Art House, an art space located in the city of Ubon Ratchathani in East Thailand.

Having its roots in an ancient tradition where people would donate fabric to clerics, who are forbidden from accepting robes from the public directly, by leaving them on tree branches and bushes, the money tree is commonly used in Buddhist temples as a way of raising money for charitable causes and is a symbol of community spirit and generosity.

The art space where the collaboration between the artists took place created a special currency – called the Nong Baht – which visitors are welcome to bring home in exchange for a small donation to keep the Art House running in 2018. The leaves on the “trees” inThe Money Tree Project are made from these special Nong Baht notes.

The third solo exhibition, by the artist Boonhlue Yangsauy, Lady and Chandelier is a visually resplendent and luscious series of paintings featuring, naturally, ladies and chandeliers.

Exploring the concept of feminine strength in the face of masculine domination, the work portrays women as both objects of desire and mistresses of their own fates. Raw and sensual, the almost unearthly colouring of the women that Yangsauy seeks to celebrate evokes a profound sense of disquiet – the ladies (and the chandeliers!) are gorgeous, but they would not look out of place in a horror movie a la Rahtree, or even a Junji Ito manga.

Curiously, Yangsauy’s depiction of womanhood still hinges rather heavily on the traditional standard of beauty in Thailand, with an emphasis on fair skin and big eyes. Stating that he hopes to improve men by promoting tenderness in their sentiments through showcasing the delicacy and fragility of these women, it is perhaps probable that Yangsauy found himself treading the same terrains trying to negotiate for the agency of women as visual creatures who would demand the right to that sight for themselves, as they rightfully should.

Ruminating on the place of spirituality in contemporary artistic practices, The Timeless Present Moment comprises a painting, an installation of 365 tea bowls, and a sculpture of the artist, arranged in a long stretch that ensures that surrounding traffic would not be able to help but look at it whenever they pass by.

Throughout the entirety of his career, Lertchaiprasert has always questioned the distinctive boundary between what constitutes spiritual devotionals and what constitutes art, and in this work, finally settles on something close to an answer – that the two need not be separate, but are rather a cohesive whole.

While suitably contemplative in its presentation, it could be reasoned that Lertchaiprasert’s true art is in dealing with the conflicts of realizing greater truths. On his Parisian opening night, he de-robed and took the place of his cast–resin replica and meditated (or at least, tried to) for the four-hour event, torn between thoughts of whether he was performing or actually meditating. He got his answer eventually when he posed his dilemma to a visiting Buddhist monk from Japan, who answered that to remain conscious of the fact that one is performing is to meditate, because then one is practising mindfulness.

Art Stage Singapore 2018 runs from 26 to 28 January at Marina Bay Sands. Tickets can be purchased here. 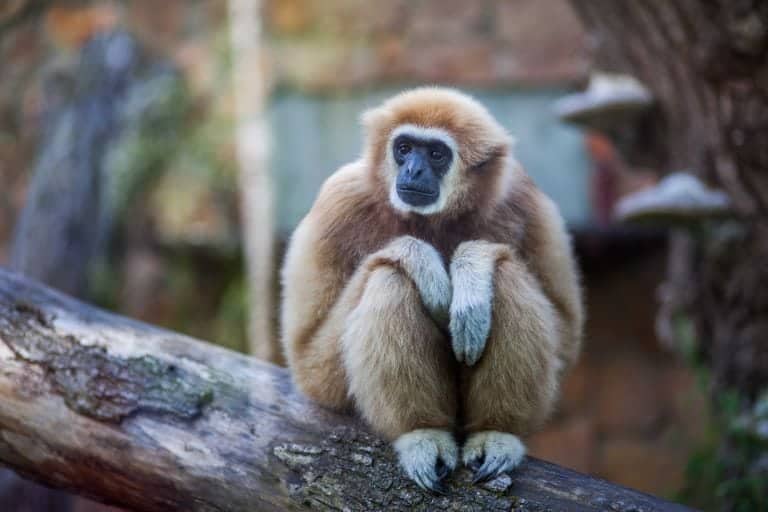 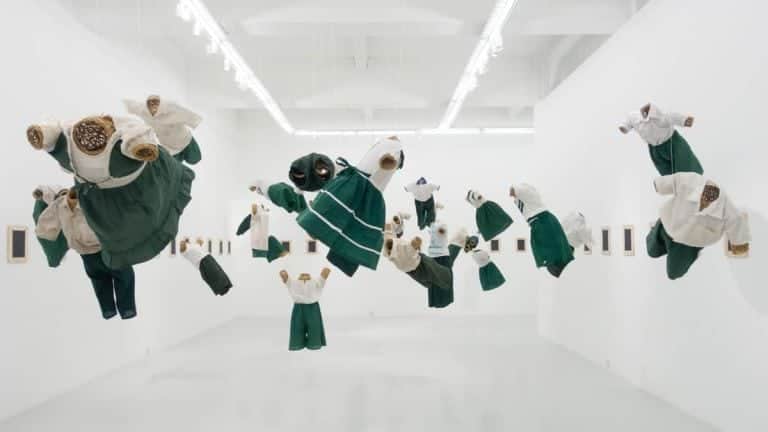 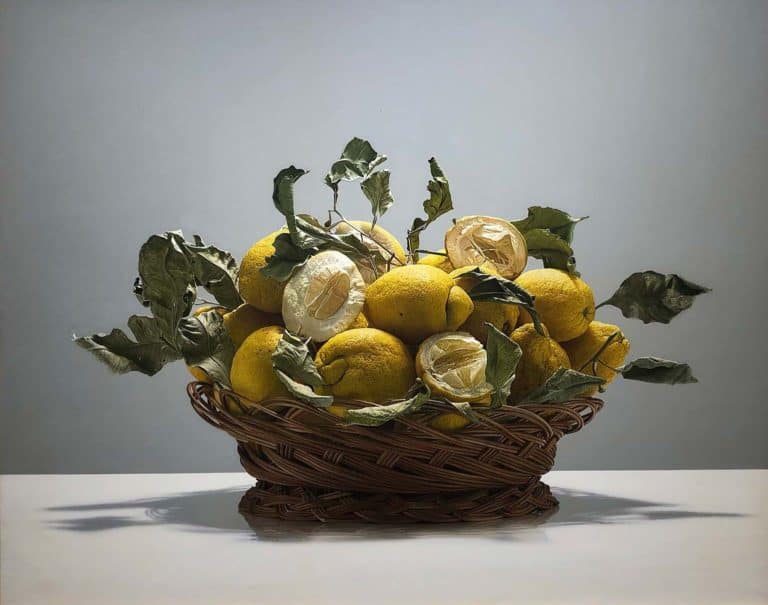 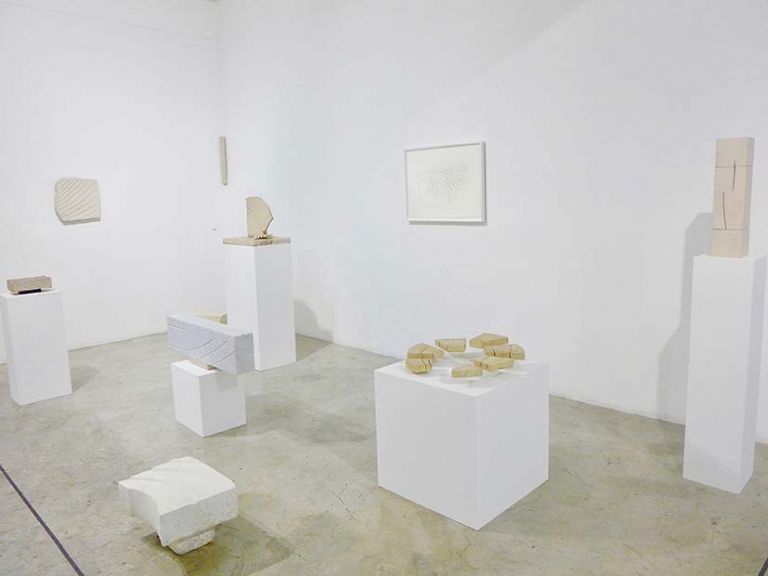