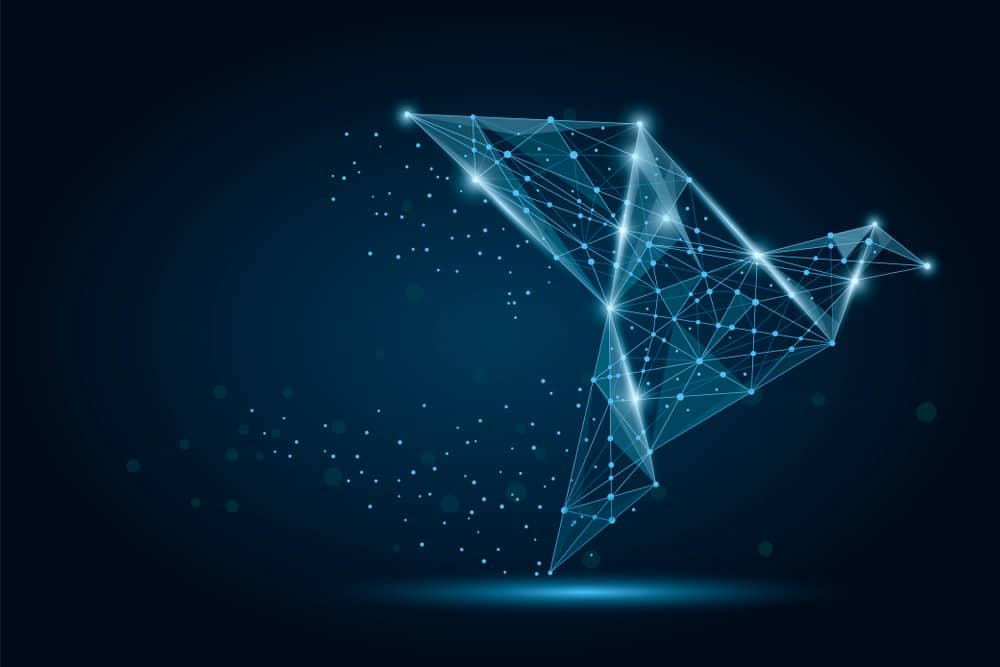 Tawatchai Puntusawasdi’s exhibition, Superfold, on show at A+ Works of Art, unfolds more like a scientist’s workshop than an artist’s studio. The walls are hung with various orthographic projections and mathematical notes, and on pedestals you can find a variety of his perception-skewing inventions. However, Puntusawasdi’s experiments differ from a scientist’s in a fundamental way: unlike the scientific pursuit of making the unknowable known, Puntusawasdi’s studies and art instead question the known, making it seem unknowable.

Puntusawasdi’s works are known for how they manipulate visual reality, but they’re not just cheap optical illusions; they rely heavily on their interaction with the surrounding landscapes. They are successful, also, because of how meticulously he studies the original object, so that he can “warp” it correctly. Precise angles are important. His sculptures are perfectly straight when seen from a specific angle, so the works succeed by making us question whether it’s not just the rest of the world that’s off-centre.

The works on show in Superfold are the sketches and studies of A Shadow of Giving and Haumea, Puntusawasdi’s contributions to the 2018 Bangkok Art Biennale and the Minimalism: Space. Light. Object. show at the Art Science Museum Singapore respectively. A Shadow of Giving is a hollow structure that leaned on the walls of a temple in Wat Pho during the Biennale, inspired by alms houses depicted in mural paintings. For this work, alongside his sketches, he has also prepared smaller scale studies of his imaginary structure in different angles of possibility.

Haumea is a structure made of aluminium plates, depicting the dwarf planet of Haumea, which spins so rapidly on its axis that its shape is elliptical. The sketches and etchings show the intensity of the research required in order to scale Haumea correctly, so that the plates catch exactly the right kind of light in his vision.

It’s not often that you get an exhibition made up only of studies and sketches, but it’s also not often that you find an artist who studies so obsessively. Superfold celebrates the artistic process as much as the final artwork. During the curator’s talk, Puntusawasdi talked about how careful he tried to be in getting all his measurements right, but, “still, I don’t know why, something always ended up being wrong.” He said this with a modest laugh, as if his fallible nature as an artist and human being just failed to match up to the transcendental, irrefutable exactitude of the geometry and mathematics that his works try to capture. In the studies, you can see the human mistakes—mistakes blotted out with correction fluid and rectified, but with the faint shadow of the initial error still visible underneath.

The two spheres of science and art are thought to be opposed to each other, with scientific proof considered more absolute and objective compared to art, which tends more to individual, subjective expression. However, Superfold shows that an exact, scientific method can also be crucial to make a certain subjectivity persuasive. By studying angles, axes, and diagramming what the Earth’s shadow might look like on Haumea at 3pm (as per the work of the same name), Puntusawasdi becomes more successful in skewing our perceptions, because of how perfectly wrong the sculptures look.

Fundamentally, the studies, serious as they are, show an artist at play, which is reflected by the humble title of the exhibition, Superfold. As if he were doing origami with reality. Superfold is a celebration of the artistic process that so many exhibition goers, critics, and even artists themselves tend to take for granted or play down. How much work goes into changing how other people see the world; how carefully Puntusawasdi wants to get it right when he does something wrong. 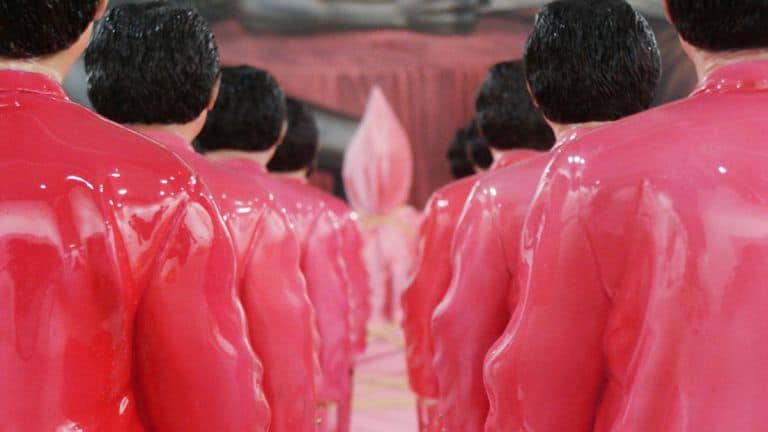 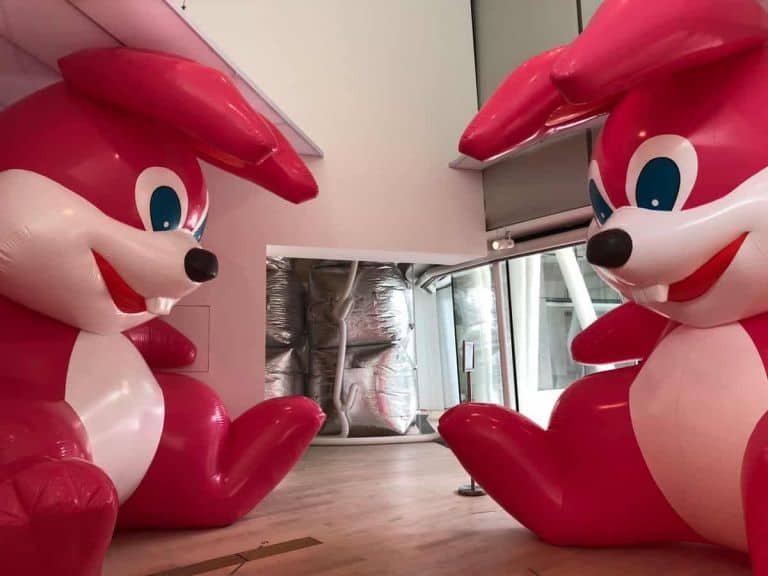 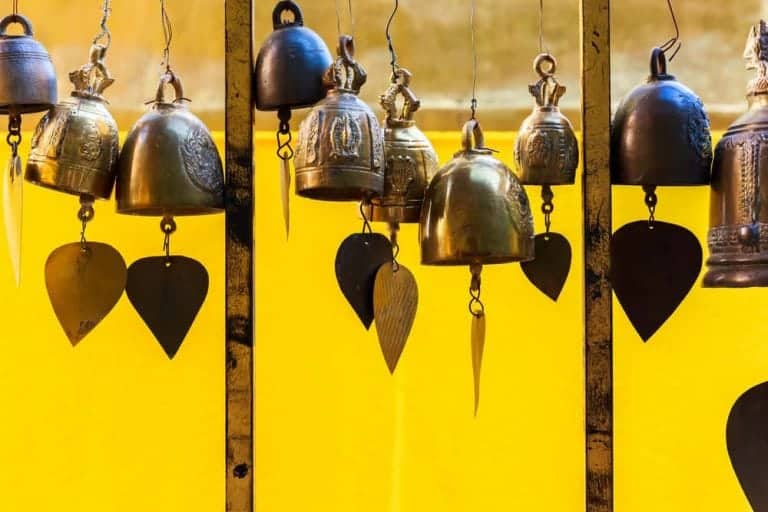 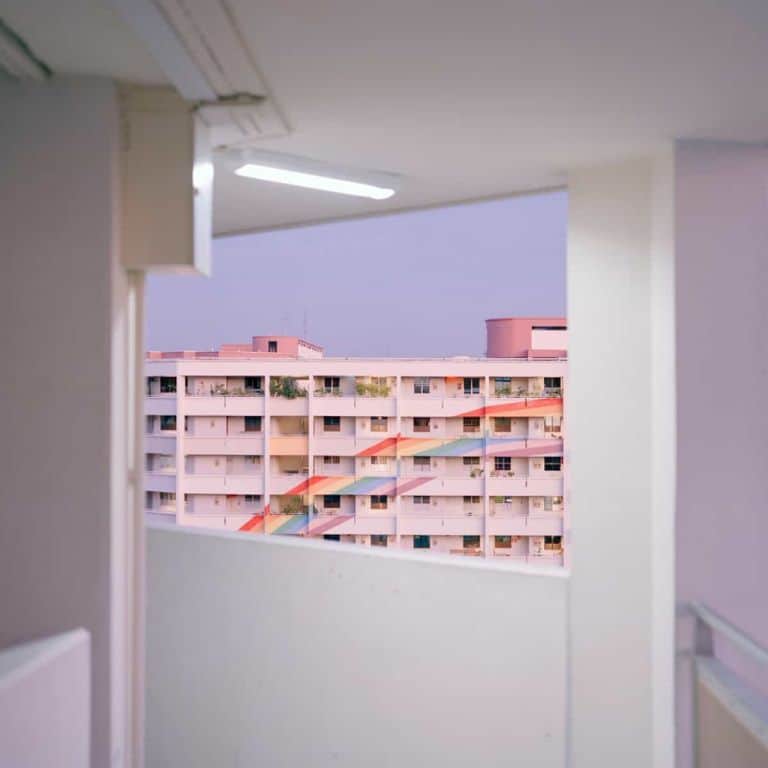