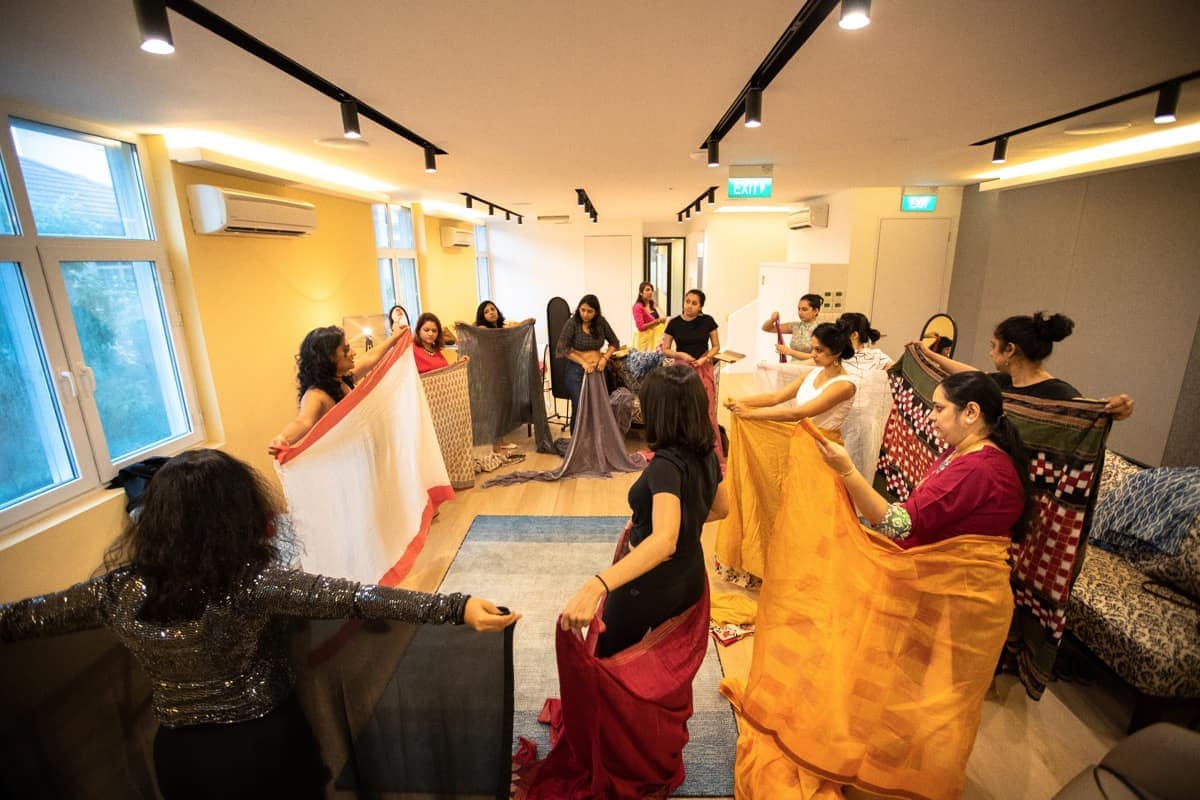 I recently attended a workshop organized by Arpanam Pte Ltd on contemporary sari styling. Sorted with a tasteful hamper (see below) including a top and sari fabric, I learned the stylish sari-hacks of Kamya Ramachandran, who taught the audience three sari-tying styles created by her, after drawing inspiration from The Sari Series.

Are saris relevant in contemporary times? Kamya shares her views:

What are three words that come to your mind when you hear the word ‘sari’?

For me right now – contemporary, identity and comfortable.

On the idea of comfortable–tell us a bit more about why contemporary sari styling is a good fit for Singapore?

A lot of the styles of wearing the sari were figured out in a rather hot climate, in India. Right from the weave of the sari to the drape of the sari, they kept in mind the thermal comfort of the body, which really lends itself to Singapore where the climate is similar.

I also think that if Singapore is a cosmopolitan, world-class city, I would not feel out of place wearing something like this. To the viewer, it is almost confusing as to whether this is traditionally Indian, modern or designer -wear, or, if it is simultaneously all these things.

A handful of Southeast Asian painters, especially in the modern era (e.g. Cheong Soo Pieng, Chen Wen Hsi), have depicted Indian traditional dress in the context of being worn in rural, village-like environments. What kind of emotions do these paintings evoke in you– someone for whom saris exist in the contemporary space?

I can imagine the pieces to depict an almost backward, tribal sensibility of a sari. I think if you look to India, the level of sophistication of weaving, patterning, wearing and draping techniques is just so immense. It’s so tremendous that we need to shift our gaze. (Saris) are no longer about a tribal, backward sensibility.

Another common depiction of the sari in art is that as worn by the classical Indian dancer. Sara Choo Jing’s 2017 work Art of the Rehearsal, is a contemporary piece focused on that theme. You are a classical dancer as well. Do you see the dance sari as a totally different thing to your contemporary sari fabrics?

I think in dance (the sari) is definitely costumed. Pleats are created and stitched so that when you dance, nothing really moves out of place. This structured, almost stuffy version of the sari is somewhat at its best when it is presented as a dance sari.

What I stand for and deeply believe in is really at the other end of the spectrum where the upper drape is not pinned–it’s loose, it’s airy and it allows you to do what you have to do with it! If I walk out in the sun and I need protection, the drape goes over my head to protect me. If I’m feeling cold, the drape goes over my shoulders and wraps me up. What I feel very strongly about is the sense of ease of the sari that is really the opposite approach (from that of) the dance sari.

Any final words of wisdom?

A lot of my stories are coming out to you as a wearer of the sari. I’ve had some interesting experiences from the other side where somebody’s viewing me and getting into conversations with me. For instance, my 11-year-old son’s female classmate came up to me and asked, ‘How does your son feel about you wearing so many saris?’

I then asked my son what he thought about it.

He said, ‘Initially, I wondered why you were going overboard with saris, but when I see everybody coming up to you, having conversations with you… and appreciating you, I think it’s fun and it’s cool. I’m cool with it.’

So, the fact that an 11-year-old girl is judging the sari to be a traditional type-cast (piece of clothing), and wondering why her classmate’s mother is wearing so much of it, and in turn, what her classmate (my son) thinks of it–these are very nuanced and telling about today’s society. These children are probably reflecting what adults around them are saying. For me, these conversations are the most exciting part.

(This interview has been edited and condensed for clarity, and all images are courtesy of Arpanam)

If any of this intrigues and appeals, follow Arpanam on its FB page–they are making sari hampers (like the ones given to participants) available for future events: 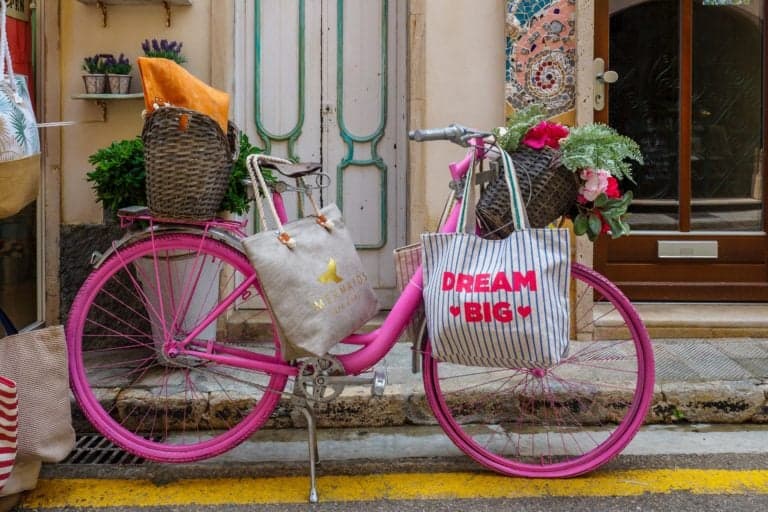 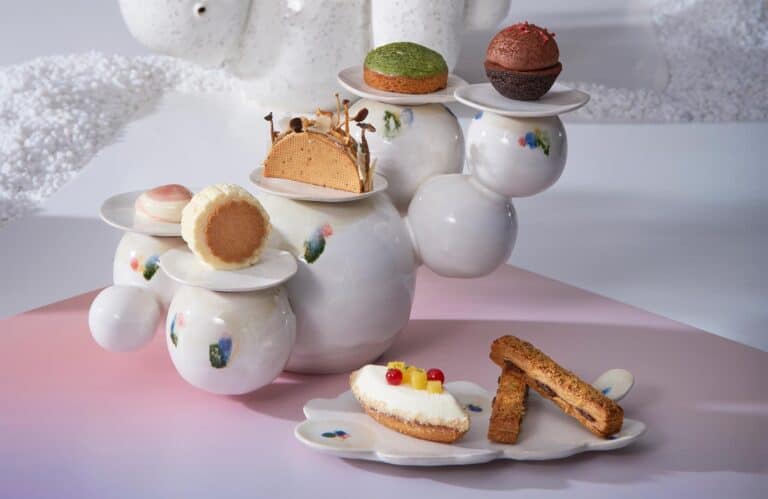 Have Some Me:Time at KKI Sweets 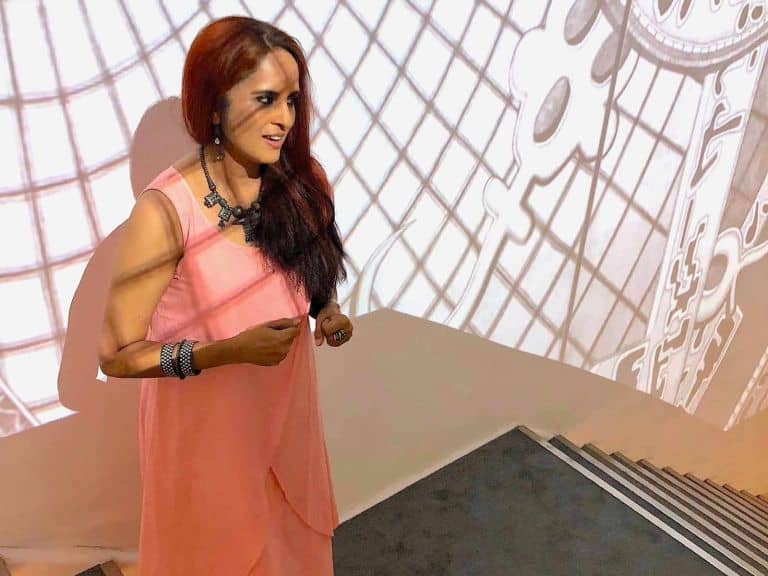 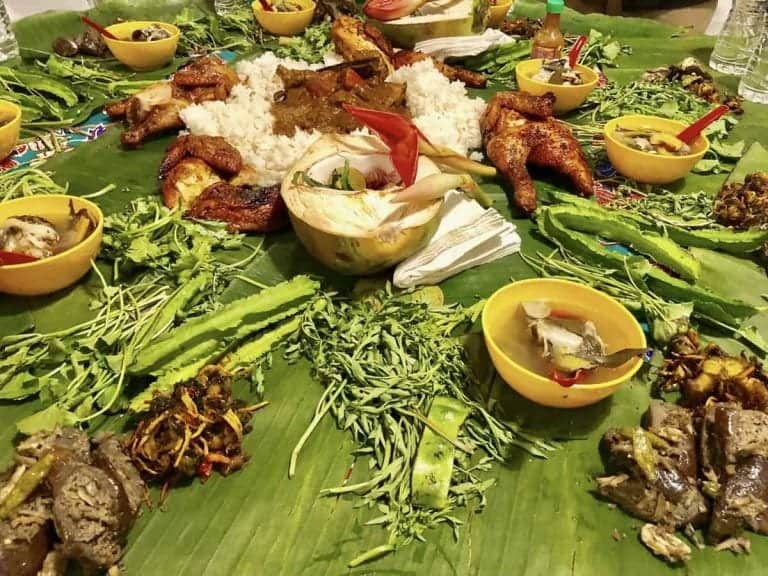