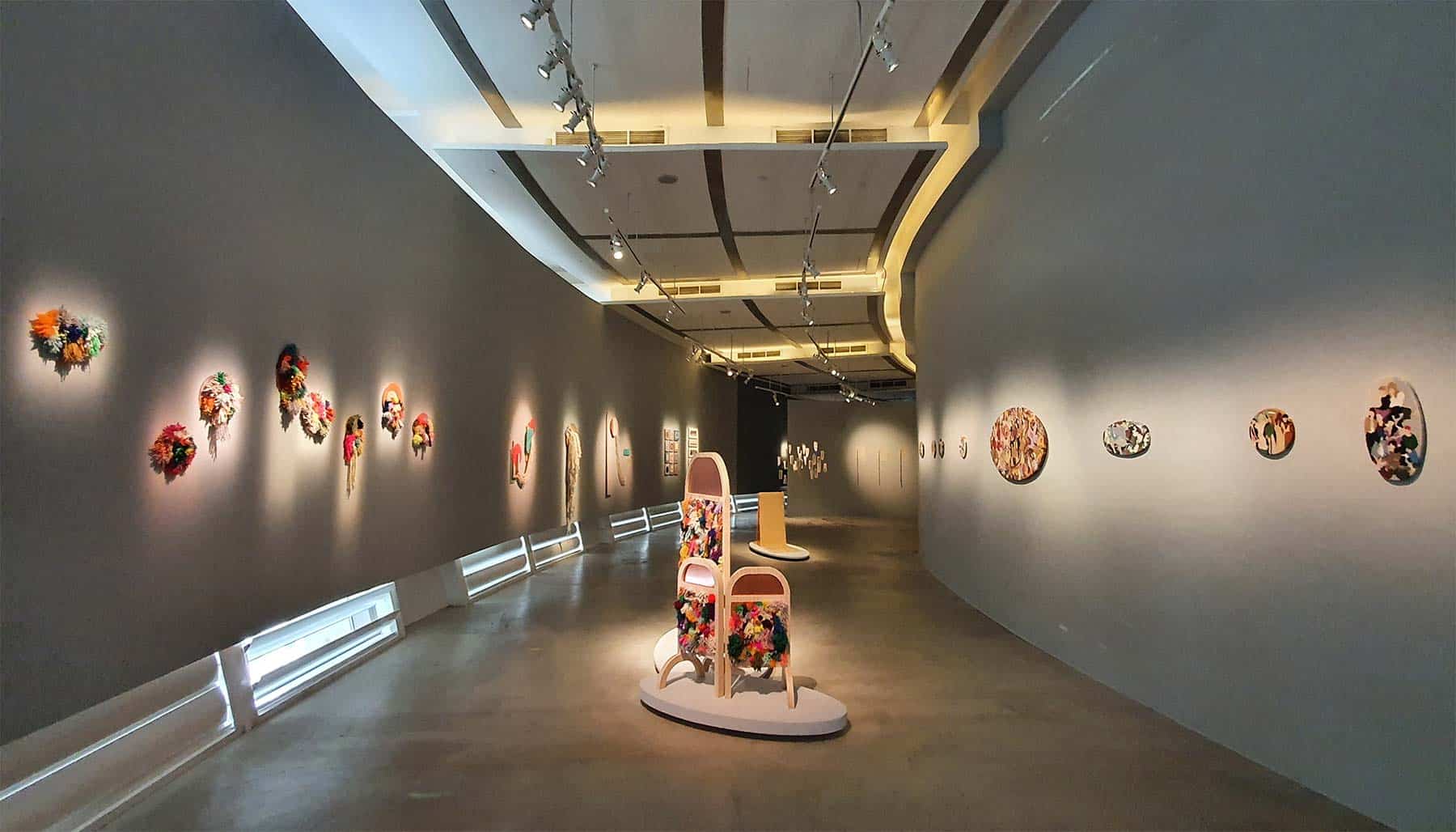 There’s something immediately intimate when I touch a soft pillow, drape a scarf around my shoulders, or run my feet through a thick rug. Perhaps it’s the way that we are deeply familiar with how fabric feels on our body, or the fact that textile objects are such an important part of cultural traditions all around the world. We share the spaces of our everyday lives with a wide variety of textile objects that are fully functional, which you might not pay much attention to – think bedsheets, pillowcases, carpets, tablecloths, t-shirts, scarves… the list goes on, often straddling the line of beauty and utility, as it has done for centuries.

Textile production was historically considered women’s work, as women were expected to fit this task around that of other domestic chores that they did for their families. Even today, women workers make up the majority in the global textile and garment industries – industries riddled with poor working conditions, low wages, sustainability issues and poor environmental impact. The mass market creates a demand for fast fashion and cheap clothing that is as quickly disposed of as it is produced, and reflects a consumerist attitude towards textiles that fails to acknowledge the value and labour of textile production.

Having worked with various constructed textile techniques myself, understanding how they are made lends additional layers of appreciation to the complexity and care put into their creation. In doing so, this also returns an emphasis to the small-scale and handmade. Beyond functionality, textiles also have the ability to relay information by incorporating specific colours, techniques and symbols which imbue them with expression and meaning. They furthermore tend to be the medium through which histories and stories are passed down to the next generation, as can be seen through significant artefacts in cultures all around the world.

It is with this in mind that I consider Sewing Discord, a new exhibition featuring five artists working with craft techniques currently showing at Esplanade’s Jendela (Visual Arts Space). Walking through the exhibition, I find myself repeating a dance-like motion of drawing close and moving away, eyes drifting from surface to surface.

Squares of hand-stitched colour resolve into figurative forms as one moves back.

A cacophony of yarns bursting from circles of translucent acrylic.

Traces of fibre mark holes through which thread had previously pierced, leaving an unreadable, morse-like text.

A textured surface of hand-pressed fabric pulp and stitches that coalesce in a chaotic intensity.

There’s a heightened awareness that despite my deepest urges, none of these works can be touched – doubly so on the walls of an art exhibition and in COVID times, where every touch and surface feels charged with danger. Unable to physically luxuriate in the richness of textures, I can only attempt to imagine and immerse optically in their surfaces. It’s a show that comfortably inhabits the particular and often challenging Jendela space with its curving and undulating torso, and one that is visually pleasing within its clean hang, bright colours and soft lighting. It focuses the attention of the viewer onto the details, asking that you go up close and spend time with each art object. In a manner, the artists are asking the viewer for your focused and extended attention in appreciation of the time they spent making it (but of course, the two can never be comparable).

Another nice touch is the footnote to the exhibition, a section at the back of the gallery which displays some of the artists’ tools and techniques, as well as an ASMR-style video highlighting the sounds of the artists’ working processes. Whilst the video was luscious and beautifully shot, I was disappointed by how short it was – maybe the artists underestimated the length of the viewer’s attention span. For an exhibition that is asking for a conscious and slower mode of looking from the viewer, the video could have afforded to be much longer, even operating as a beautiful soundscape accompanying the exhibition. I would have liked to spend more time immersing in the sounds and textures, and observing how the personalities of each artist comes through in their way of working.

It’s also interesting how there are overlaps in techniques that the various artists practice, though they have used them to different ends. In doing so, they imbue them with different meanings and intentions. We see Berny Tan, Nature Shankar and Jodi Tan working with needle and thread, in embroidery and cross-stitching techniques; Ginette Chittick and Hazel Lim working with latch-hooking and rug-tufting; origami folding adopted by Hazel; and some woven elements among Ginette’s works.

For me, however, the experience was rather uneven – I was particularly drawn to the works which utilised these craft techniques in a way that delivered a conceptual or emotional thrust. Some of the other works that adopted a more formal treatment were less evocative and did not draw me in beyond an appreciation of how the materials were applied.

I found myself drawn closer and longer to Nature Shankar’s expressive works and Berny Tan’s quietly stitched, text-based pieces, both of which incorporated text and embroidery to poetically embed subjective experiences and access internal states. These resonated strongly on an affective level. Nature’s raw, experimental and multi-layered works push the boundaries of the surface with a charged intensity, the explosiveness of the freehand embroidery generating shapes and figures which emerge from the landscape.

Berny’s series of embroidered works think about stitching as a strategy to access the emotional. In particular, Talismans for Disentanglements voices insecurities that are obscured in psychoanalytical language but yet are evocative of fortune-cookie style aphorisms. (They hit the hardest when you find truth in them.) Whilst both come from highly personal places, they succeed in drawing the viewer into their internal states by tapping into universal anxieties, emotions and experiences.

While I appreciated the aesthetic and design sensibilities of the other works in Sewing Discord which were vibrant, intricately made and beautifully presented, they struck me as somehow, too neat and orderly. For a show that is about sowing (or sewing) discord, I caught myself asking, where’s the discord? Working with textiles myself, I love the messy ends, the frayed edges, the revealed backs of materials – it was all a bit too clean. One could possibly interpret it as a conceptual subversion in questioning the value of craftwork and labour in the domestic sphere – but I would have loved to have seen a riskier and more provoking take on the issue.

Of course, it’s not to say that the lines between design, craft and art can’t be blurred – more often than not, a textiles-based object can claim to be all three at once. And more often than not, the visibility of craft in design objects are what allow them to be easily accessible and reach a wider audience, truly inhabiting a space in our everyday lives. Yet, we can also trace a legacy of contemporary artists working in craft disciplines, successfully working in that crossover between an intensely material practice and creative expression.

Perhaps the enduring value and relevance of such works is in opposition to our increasingly dematerialised encounters with other human beings, objects, spaces, and yes, art (…if I have to see another 3D walkthrough of an exhibition…) And perhaps, beyond a certain point, it might not be useful anymore to think within such distinctions of art versus craft, which might merely serve to restrict categories of art for the sake of cultural labelling. After all, the best works are not just beautifully made, but made with thoughtfulness, care and sensitivity – reaching out to the viewer by telling you a bit about what it means to be human; uneven, imperfect stitches and all.

Sewing Discord is on view at the Esplanade Jendela (Visual Arts Space) till 4 Jul 2021. Given the evolving COVID-19 restrictions in recent times, please check the Esplanade website for more information when planning your visit. 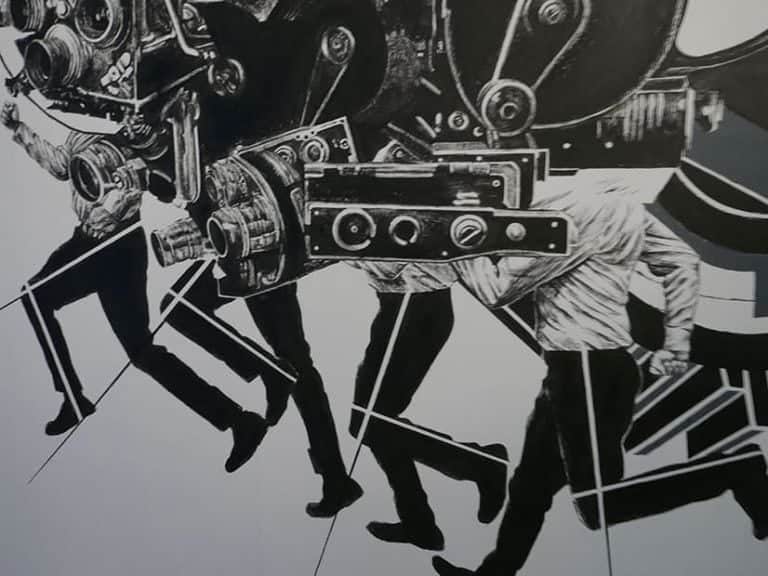 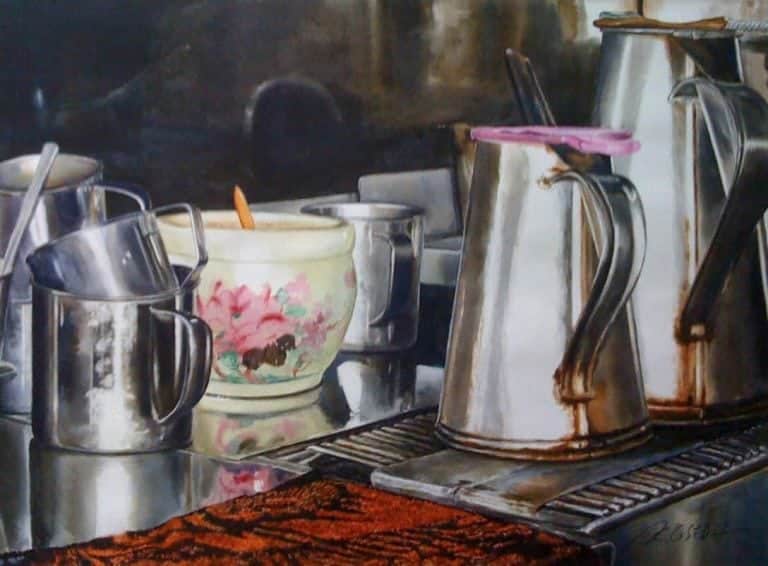 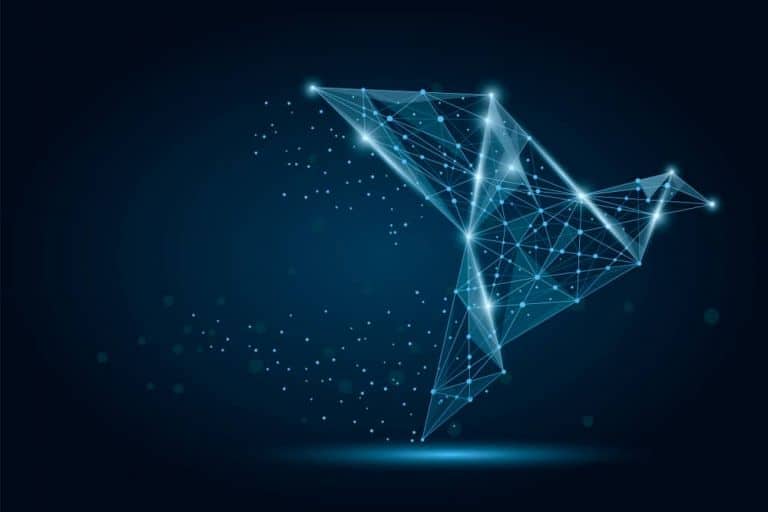 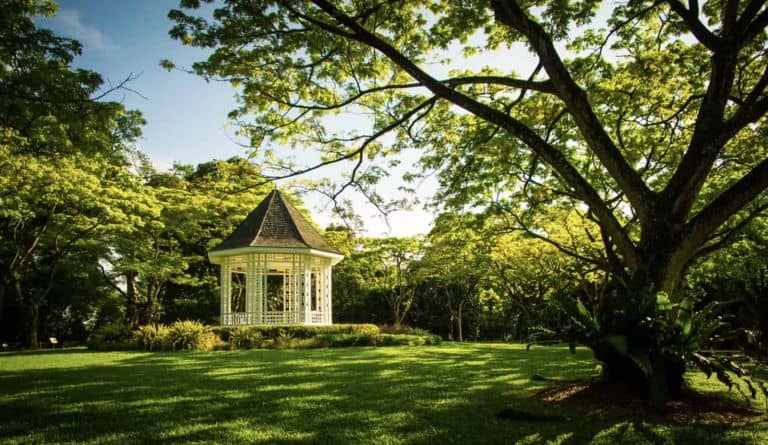