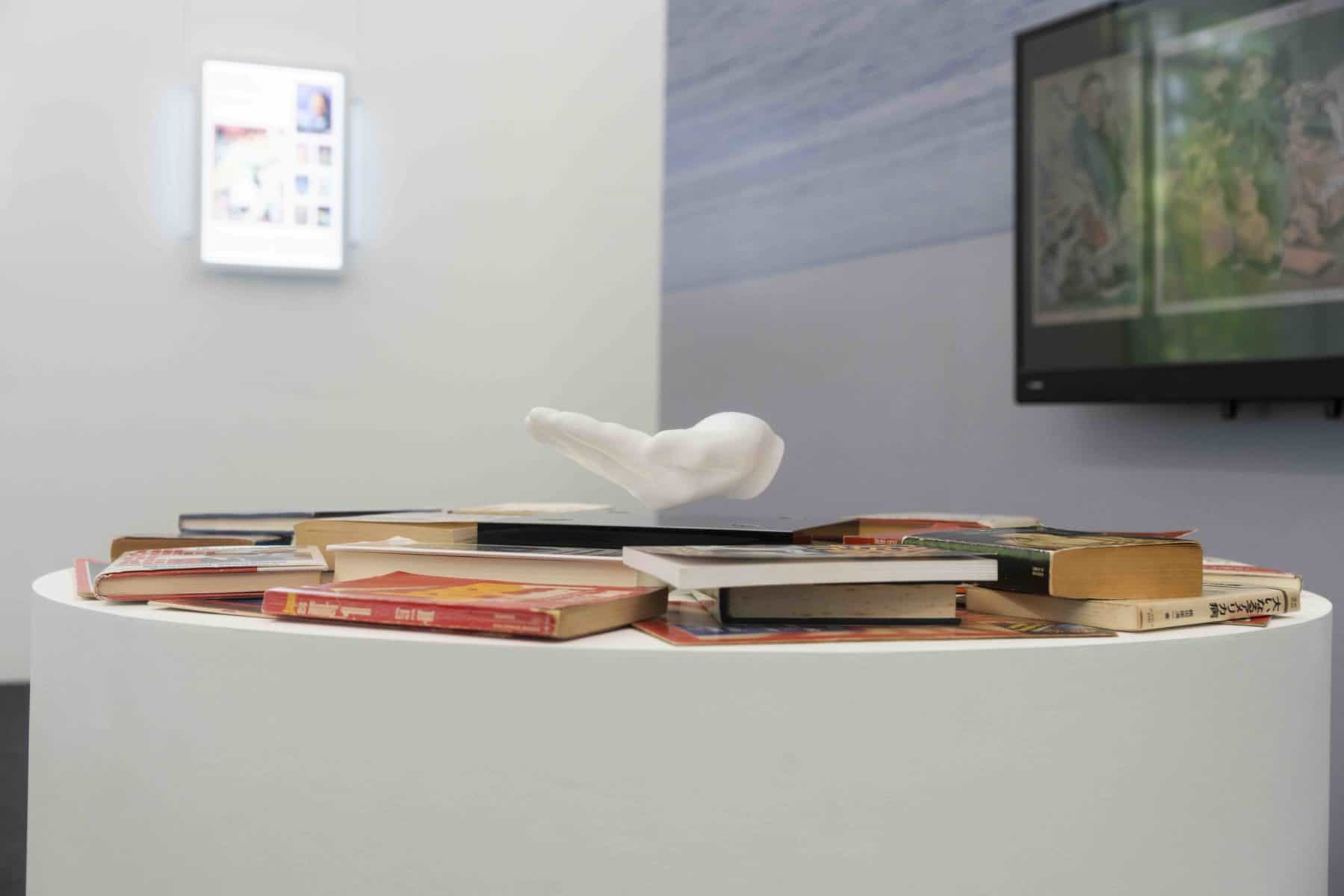 About an hour into my conversation with Singaporean artist Ho Rui An on his latest exhibition, Look East Gone West, I ended up doing something regrettable. To properly set the context for the show, Ho decided to give me some fascinating insights into Asian economics and history, based on research that inspired the two works he is presently showing at A+ Works of Art gallery in Kuala Lumpur, his first solo exhibition in Southeast Asia.

Before I could stop myself, I blurted out: “Is there a stance here? Does this bring your viewer to a particular point?” It was a moment of desperation for simplification, and I realised belatedly that I had essentially tried to solicit for a sort-of SparkNotes version of Ho’s artwork.

Thankfully, he was gracious in his reply.

He politely responded, “Let’s say (that) I’m not here to prescribe any kind of solution. There’s no magic pill in the end… but through these often-banal images, I provide a critique, and invite the audience to really view (the works) more closely than they otherwise would, (and) to think deeper about the system we live in.”

Ho was referring specifically to Asia the Unmiraculous, a lecture-performance and digital installation centred on the 1997 Asian Financial Crisis which was first commissioned for the Gwangju Biennale in 2018. The work is presently being shown alongside Student Bodies, a film commissioned for the Asian Film Archive for its 2019 State of Motion showcase in Singapore.

Through fourteen posters hanging on the gallery walls, the artist sets the 1997 crisis amidst the backdrop of the Asian economic rise, the Western perspective of it, and the ripple of the crisis’ effects which arguably, lasts till today. The posters flow in a similar way to the lecture-performance which usually accompanies a showing of this work. However, due to the current Malaysian government pandemic-related restrictions, Ho is not allowed to perform live.

Instead, in the centre of the exhibition space are two sofa seats facing a pair of television sets, which play a recording of a previous lecture conducted by the artist. The overall setting is inspired by real estate offices that have listings covering their shopfronts. “They are often badly designed. I like that simple aesthetic, where this kind of ‘shouting’ text is used to promote something,” Ho explains.

After all, the overarching theme here is capitalism and the free market. Setting the scene, Ho starts us off in modern-day Greece, featuring a photo of the sea and horizon that he shot while visiting the Port of Piraeus. An inverted image of it has been blown up and used as wallpaper in the centre of the gallery space.

The blurb accompanying the wallpaper relates how a Chinese state-owned company bought over the historic port when the Greek government was forced to privatise it in 2016, making it an entry point for Chinese goods into Europe. As the photo looks out into an endless horizon, Ho recounts how “Asia” was used in ancient Greece to refer to the unknown, boundless lands lying to the East.

Exhibition curator Kathleen Ditzig describes Ho’s approach to me as follows, “The language he uses is so nuanced, and yet very specific”.

“His artistic practice is also governed by an admirable rigour in the research and formulation of the final work,” she adds.

As Ditzig further points out, this rigour involves the careful crafting of viewpoints which are compelling and clear, while maintaining balance and being stripped of obvious ideological biases or dogmatic overtones.

Accordingly, even as the title of the exhibition, Look East Gone West, suggests a comparison of Eastern and Western economic models, Ho invites viewers to draw the dividing lines, if any, ourselves.

In any event, a good artist always provides entry points for different levels of viewership and appreciation. And for Asia the Unmiraculous, more prosaic viewers may find themselves drawn in by Ho’s documentation of historical facts in his posters in an anecdotal way.

We also see the artist’s writing skills at play, carrying the audience on a chronological journey of events leading up to the 1997 Asian Financial Crisis, framed through specific images.

“I always start with collecting materials,” Ho says, “and I always want to look at issues through images, especially popular ones.”

He is especially focused on images that have been presented from a predominantly Western perspective, something that he refers to as a kind of ‘white saturation.’

Ho also walks viewers through the experiences of early Chinese migrant labourers in the United States and the responses of Americans who viewed them as a threat – not much seems to have changed there. He then zooms in on the so-called ‘tigers’ and ‘baby tigers’ of Asia in the 1970s up to the 1990s, starting with Japan, South Korea, and then moving on to include parts of Southeast Asia. The spotlight is on the Asian economic models of the time, in which the state played a more authoritative role, as compared with more freely capitalistic Western models.

We learn that just as Western states had begun, somewhat begrudgingly, to acknowledge the “miraculous” growth of economies in the East, there was a sense of borderline schadenfreude when the 1997 crisis hit.

An infamous image is one where then-Indonesian president Suharto signed an agreement for a bailout by the International Monetary Fund (IMF). Immortalised is the posture of the then-managing director of the IMF, Michel Camdessus, folding his arms as he stood over the Asian dictator. Ho writes in an echo of the sentiment of that time, “Once the miracle student, the Asian now found itself being disciplined by the schoolmaster.”

The idea of the student and master recurs in Ho’s work, more evocatively in the cinematic “horror” film, Student Bodies.

After all, “a financial crisis is a horror story,” Ho points out.

Branching out from the idea of the student, he embarks on a new tangent in examining the role of Asian students in each historical period, starting from 1865, when a boatful of students was smuggled out of the Satsuma Peninsula in Japan on a secret mission to study in the UK, at a time when travel overseas was forbidden.

The reference is ripe with cultural meaning, considering the many modernisations that took place in Japan after the students brought home their newfound knowledge. However, this can be juxtaposed against the end of Asia the Unmiraculous, where Ho addresses the rise of China, and with it, we get a sense that the cycle of learning and flows of knowledge have somewhat come full circle.

China’s embrace of capitalism is one that is firmly steered by the state, which brings us to an interesting juncture in world economics. The last poster in Look East Gone West shows a 2-euro coin balancing on the ledge of a high-speed Chinese train. It compares the competing aims of speed and stability, and with it, perhaps, the merits of unflinching authoritarianism versus the “invisible hand” of the wild and fast free market.

Still, coming back to my initial question to the artist, I find myself dissatisfied without a clear answer. Ho then invites me to consider a different perspective.

He says, “I think when we put out all kinds of broad distinctions, that people have more freedom over there, or are more oppressed here, the danger is that it can become very reductive. You miss out on the fact that a lot of these forms of exploitation and inequality are transnational phenomena. They are all part of a larger global system… that we are all part of, whether you’re in Europe, Asia or Africa.”

“The only common thread here is human nature,” he adds.

Standing in a gallery with our face masks on amidst a global pandemic and burgeoning economic crisis, Ho’s words hit home. Even if my desire for simplicity is understandable in the middle of this chaos, Oscar Wilde perhaps put it best when he said that the truth is rarely pure and never simple.

Still, staring at the distant horizon from the Port of Piraeus, and imagining how early explorers sailed in search of the unknown, the quote that inspired the title of Ho’s exhibition Look East Gone West comes to mind. Margaret Thatcher, in meeting with Tun Mahathir during his “Buy British Last” policy years, had quipped, “Although, Prime Minister, you may sometimes look East and sometimes may travel East, if you look far enough East and travel far enough East, you always come to the West!”

The Iron Lady may have intended to point us back to traditional notions of Western economic dominance, but her words have poignant resonance today in their emphasis of the interconnectedness of present-day conditions, whether in the realm of art, economics or indeed, pandemics. It is a reminder that ultimately, all things come full circle.

Unless otherwise stated, all images are courtesy of Ho Rui An and A+ Works of Art gallery. 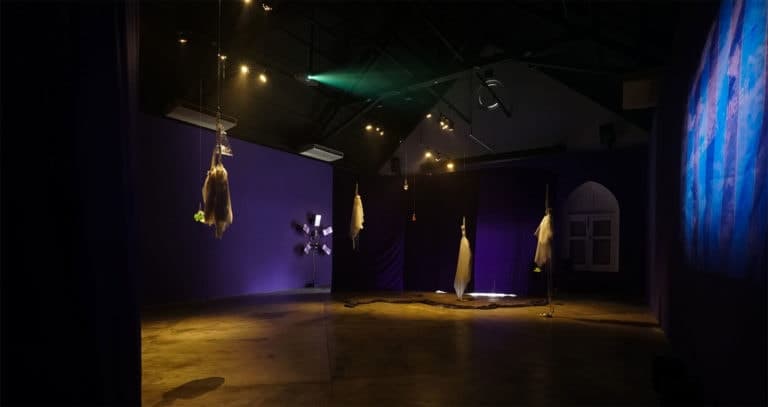 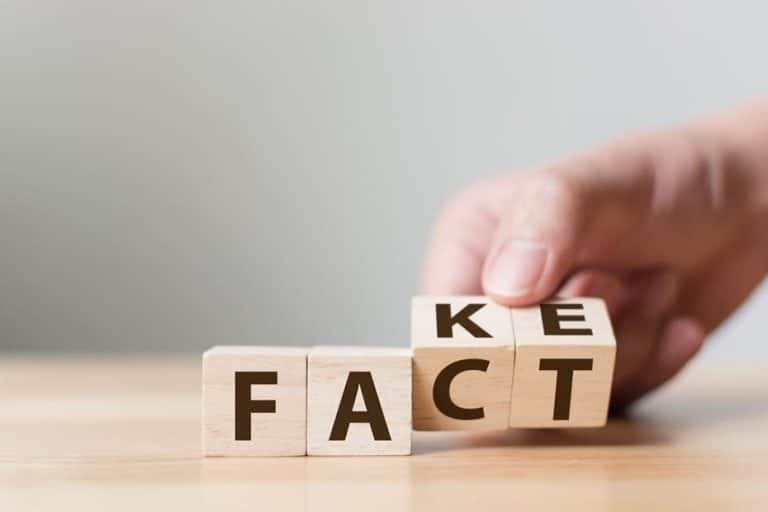 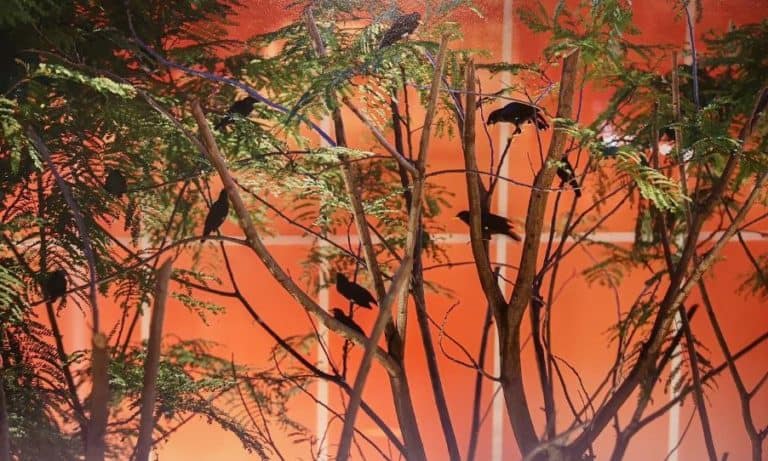