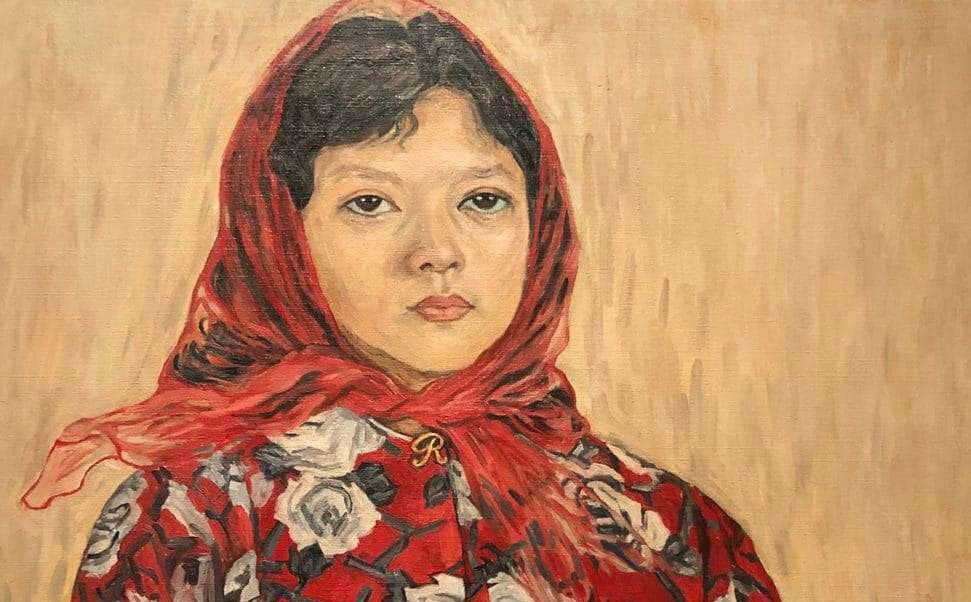 “Masked parties, savage parties, Victorian parties, Greek parties, Wild West parties, Russian parties, Circus parties, parties where one had to dress as somebody else, almost-naked parties in St John’s Wood, parties in flats and studios and houses and ships and hotels and nightclubs, in windmills and swimming-baths, tea parties at school where one ate muffins and meringues and tinned crab, parties at Oxford where one drank brown sherry and smoked Turkish cigarettes, dull dances in London and comic dances in Scotland and disgusting dances in Paris – all that succession and repetition of massed humanity… Those vile bodies.”

So goes the familiar quote from Evelyn Waugh’s Vile Bodies. Published in 1930, Waugh’s classic took a satirical look at the vacuous yet privileged lives of the Bright Young Things of 1920s European society. That same year, a certain Ms. Chang Li Ying who had been born either in Zhejiang, China or Paris, France, married Chinese politician Eugene Chen Youren, and had the first of her artworks accepted for exhibition at the prestigious Salon d’Automne in Paris.

Born into a world of rarefied privilege, with a well-travelled businessman for a father, Li Ying spent her childhood in Paris, New York, and China. The fourth of five children, she was born to father Zhang Jingjiang and mother Yao Hui, who were themselves both from educated and wealthy backgrounds. Being amateur Chinese brush painters, they had an affinity for the arts that they passed down to their children. Zhang Jingjiang went so far as to arrange private painting lessons for his children, Li Ying included. Outwardly and from afar, Li Ying’s privileged world might not have seemed out of place in Evelyn Waugh’s created universe of sparkling parties, wealth, and debauchery, but the young lady who was to blossom into one of Singapore’s most acclaimed painters was just getting started.

Georgette Chen (1906-1993), as she is better known these days, was one of Singapore’s pioneering artists, a key figure in the Nanyang art movement, which was largely spearheaded and practiced by male Chinese migrant painters with a background in traditional Chinese painting.

Chen stood out not only in terms of her gender but in her classical training which saw some of the most arresting fusions of Western art traditions with everyday Eastern imagery. She ran with the cool kids of the day, having once had an exhibition sponsored by acclaimed writer and activist Pearl S. Buck. She was also chummy enough with the “mother of modern China,” Soong Ching-Ling to boldly address her in letters by her Christian given name ‘Rosamonde’. In 1982, she was awarded Singapore’s Cultural Medallion for her outstanding achievements and contributions to art in the country.

Who was this fascinating lady? And what was her story?

The Georgette Chen retrospective presently on at the National Gallery Singapore  Georgette Chen: At Home In The World showcases five decades of Chen’s work. If you’ve yet to catch it, here’s our rundown of the top 5 unmissable works which we think provide some insight into the legend that is Georgette Chen.

Hakka Family was Chen’s largest work prior to her arrival in Malaya and became a key feature of her subsequent solo exhibitions. The work depicts a mother and her three children in a triangular composition. The mother tenderly breastfeeds her baby while her eldest daughter feeds her sister from a bowl of rice, mirroring the maternal nurturing gesture. Besides the intergenerational nature of love that is presented through the family’s actions, the piece is rife with symbolism; the sheltering hat a mark of protectiveness and the bamboo yoke representing labour. In addition to being a milestone in Chen’s thematic progression, Hakka Family also demonstrates her stylistic evolution. Compared to her early paintings in France, the rendering of forms here is sharper and more sensitive. Additionally, Chen exhibits an improved mastery of colour by carefully coordinating the various blues and pinks to match the muted background.

This work is a clear representation of familial love, and one which arguably gives primacy to the role of matriarchal strength. It is then sadly illuminating to learn that Chen has been quoted regarding her relationship with her father (in a 1989 interview with Constance Sheares) that she was “not very welcome because… in China boys are more treasured than girls.”

Throw into the mix the tragic death of Chen’s own mother when she was 13, during a family outing in New York, the passing of her beloved husband Eugene Chen during World War II, as well as the fact of Chen’s own heirlessness, and Hakka Family suddenly takes on a different, more elegiac, colour.

This 1932 oil painting Nude Woman is one of the very few nudes painted by Chen, and very likely within the context of her academic training. The subject’s face and nether regions are obscured and a green piece of fabric is elegantly draped around her lap. According to the Gallery, “no other oil paintings by (Chen) with this subject matter are currently held in a public collection.” It is hardly a scintillating piece of raunch compared to what a random trawl through Netflix or the internet might throw up nowadays, but when considered in the context of its time, offers some intriguing food for thought. What must Chen have felt, partaking in this exercise of the scrutiny and presentation of women’s bodies for the male gaze?

She must have almost certainly been a minority as a female Asian artist in Paris, where she moved to in 1927 to begin her training at Academie Colarossi and Academie Biloul. John F. Laffey in his article French Far Eastern Policy in the 1930s, notes that the “French position was steadily eroded in Far East” in the 1930s in terms of its own colonial power, as well as in the context of rising Sino-Japanese tensions in the lead-up to World War II. Laffey identifies certain reasons for this, including the  French “inability to reach meaningful accords with other powers interested in the preservation of stability in East Asia, and a combination of arrogance and fear deeply rooted in racism.” Within such a socio-political context, a viewer cannot help but imagine what it must have been like for Chen, painting a nude white woman for the purposes of her formal art training.

In stark contrast to the anonymous nude giving audiences the side-eye in this exhibition, Rohani (1963) stares straight-on at viewers, clad in vibrant Malay garb, accessorised with a gold pin bearing her initial ‘R’. A student of Chen’s at the Nanyang Academy of Fine Art where Chen taught for decades, Rohani was a friend and confidante. Chen apparently often drove Rohani home after school and the two wrote to each other in Malay, a language that Chen was herself so comfortable and proficient in that she earned herself a Malay nickname – “Chendana” or sandalwood. Far from the removed, objectifying eye that a person of her privilege might have been expected to cast on ethnic natives of the land, Chen’s paintings display an honest and authentic engagement with the world around her.

Recognised for her contributions to visual art by the esteemed Malay visual art society Angkatan Pelukis Aneka Daya (Association of Artists of Various Resources, or APAD), Chen was awarded the Pingat APAD (APAD Medal) in 1974. It was curious then to read that the lack of a ‘Chinese focus’ in the National Gallery exhibition drew the ire of Singapore collectors, one of whom reportedly stormed out during an exhibition tour. While the gallery mounted a robust defense of its position and curation, we’d go so far as to say that the controversy — like all good art — prompted some great conversations about the nuances and diversities of racial identity in an immigrant society like Singapore.

In terms of her still life renditions, Chen is perhaps most well-known for her depictions of rambutans, having once been billed as something of a ‘rambutan specialist’. The Gallery posits that she was “likely drawn to the challenges that the unique hairy texture of the fruit presented”. In this oil painting Sweet Rambutans (c.1965),  the rambutan is captured in varying stages of ripeness with an additional element of perspective seen in its reflection in the table’s glass top. As exciting and vibrant as these tropical forms might have been, Chen relied on painting commissions of colourful and dynamic works such as these to supplement her income, a practical consideration that reflected the time-immemorial concerns of artists the world over – how to balance artistic integrity with the need to support oneself.

Chen’s self-portraits are well known but we especially love her Portrait of Eugene Chen (c. 1939-1944). Eugene, her first husband, was the Minister of Foreign Affairs for the Nationalist Republic of China, and as Hong Kong fell to the Japanese in 1941, the pair were arrested and confined at the Hong Kong Hotel. Eventually, the couple moved to Shanghai and were placed under surveillance in the French Concession, where they remained until the end of the war. Chen continued to be productive during the war years, working primarily indoors. Amongst her favourite subjects was her husband, Eugene.

Eugene was wholly supportive of Chen’s artistic career, continuing to pose for her even as the war progressed. Like most of Chen’s wartime paintings, her usual vibrancy is discarded in favour of duller earth tones, a colour choice that is especially amplified here. Chen’s affinity for her subjects is also at the forefront as she captures her husband’s contemplative stare in muted shades, the grim impact of the war revealing itself through his strained expression. Despite the seeming heaviness in the painting, Chen recalls that Eugene was ‘fearless’ during the interrogation and ‘expressed his views as in the old days when he used to put in print very strong radical views’. Eugene constantly doted on her, even cleaning her shoes and hand washing the expensive nylon stockings that she did not trust the maids with. He would, unfortunately, pass away on 20 May 1944, just before the end of the war.

Chen’s second marriage to Ho Yung Chi would eventually end in divorce, and in a letter to him, she once wrote, “I am beginning to sympathise with Pauline, your first wife, for running away from you… I admit that I am very, very tired and am gradually getting accustomed to the idea that I may have to admit failure publicly.’’

The couple eventually divorced in 1953. Chen would, however, always look back on her time together with Eugene with fondness and nostalgia despite their wartime hardships.

Whether you knew her as Li Ying, Chendana or Georgette it’s clear that Chen had a deep and abiding connection for the regional communities that she lived with and got to know. Her brushstrokes brought to life the meaningful relationships that imbued her world and artistic practice. Those communities in turn loved her right back, and she remains as one of Singapore’s most cherished modern artists.

This isn’t an exhibition to be missed and it’s one that affords a slow walk back in time, a thoughtful meander through the life of a truly extraordinary lady.

Georgette Chen: At Home In The World is presently showing at the National Gallery Singapore, and runs till 26 September 2021. 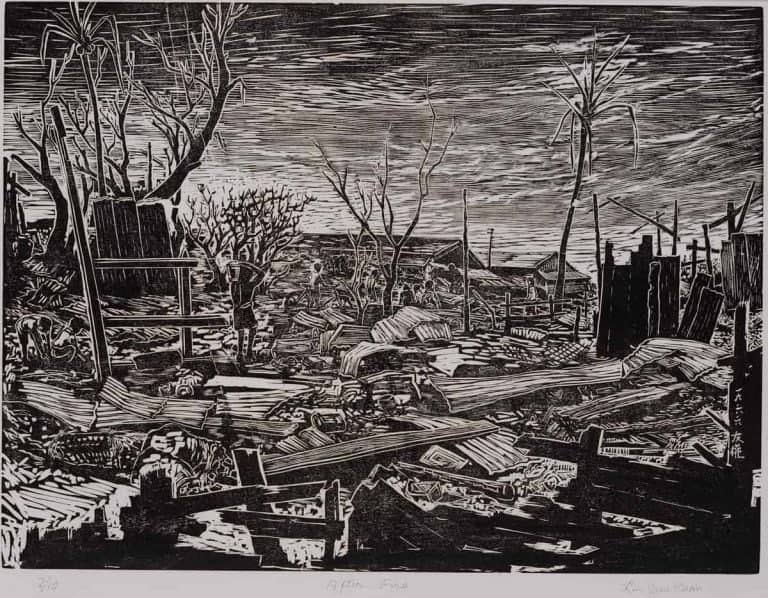 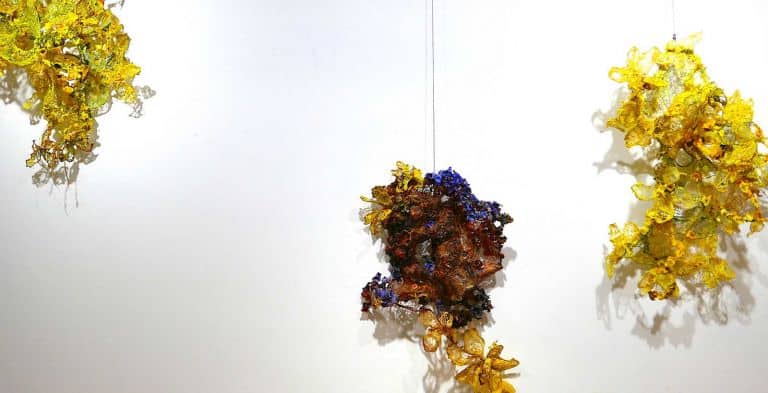 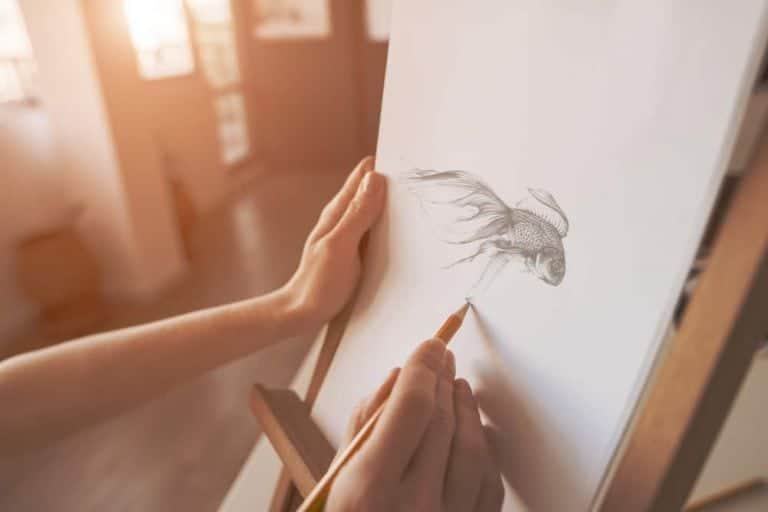 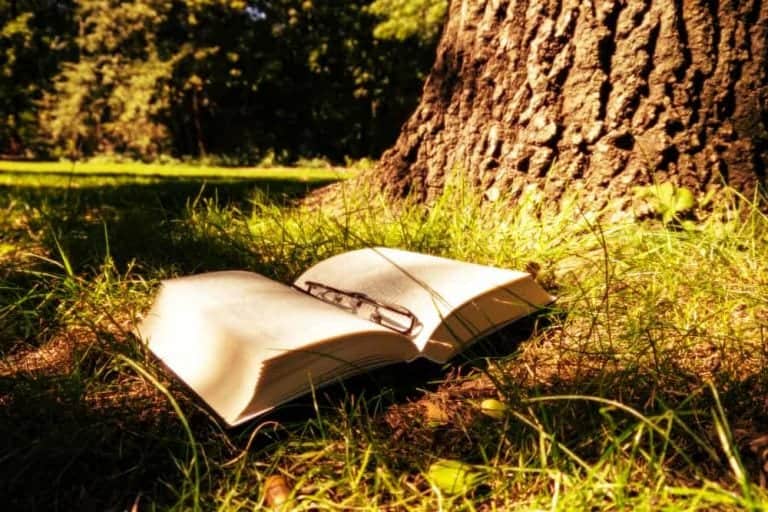