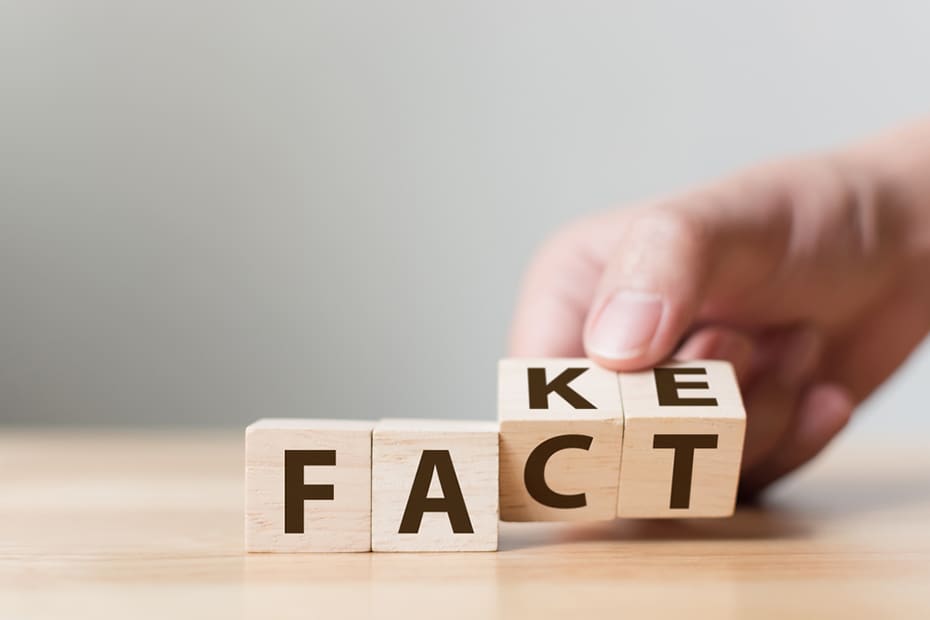 “Secretary Brunnell Declares Fake News About His People Is Being Telegraphed All Over The Country” reads a headline in the Cincinnati Commercial Tribune – dated 7 June 1890. While we are hearing the term “fake news” being bandied about rather more frequently these days, the dissemination of false and spurious news is hardly a new phenomenon. There are accounts of the deliberate spreading of misinformation, in order to gain some advantage or other, dating back to ancient times. In the first century B.C., Octavius (later the emperor of Rome, Augustus Caesar), is said to have spread false rumours about his rival Marc Antony – claiming that he was a drunkard, a womaniser and a mere puppet of his lover, the Egyptian queen, Cleopatra –  in order to gain political advantage over him.

The difference today, of course, is that modern technological advances now facilitate the dissemination and circulation of information at a much more rapid rate, from a far wider variety of sources, the veracity of which has become increasingly difficult to ascertain. The exhibition Exceptions of Rule: Counterpoints to Truth at the NTU School of Art, Design & Media’s ADM Gallery, which looks at questions surrounding the nature of truth and its appearances, couldn’t, therefore, be more appropriate for the times we live in. The exhibition showcases works by three contemporary artists, Song-Ming Ang, A.R. Hopwood and Pak Sheung Chuen, all of whom, in their own distinct ways, engage with and explore the often blurred boundaries between truth and falsehood, fact and fiction, reality and fantasy.

While most of us are savvy enough, in this day and age, to recognise that not everything that we read or watch on the internet and on social media is true, most of us have an unwavering faith in our ourselves. “I need to see it with my own eyes,” we say, or “seeing is believing”,  As an extension to this, we also believe in the truth of what we remember seeing – although, in fact, this is where we enter the liminal space between fact and fiction, that thin line between fantasy and reality – for our memories are not as reliable as we think they are.

While delving into the background and practice of British artist A.R. Hopwood for the purposes of this article, I found myself falling into a rabbit-hole of endlessly fascinating scientific research and information about the nature of memory and how susceptible we actually are, to false memories. The artist works closely with experimental psychologists and neuroscientists who engage in scientific research on the nature of memory and creates artworks that respond to this research and that evocatively reflect the way human beings can, and frequently do, reconstruct our sense of the past.

I was keen to explore the possibilities of a sci-art collaboration that would make people … more aware of the malleability and fallibility of memory.

Since 2012, Hopwood has been involved in a project called the False Memory Archive, where anonymous members of the public are invited to submit memories that they subsequently realise they must have misremembered, or are, in fact, false. The submissions tend to follow a pattern – a memory is described, followed by evidence that proves the recollection to be faulty or by common-sense reasoning that renders the memory highly suspect or even impossible. Hopwood has, in fact, compiled a selection of the memories he has received into an Anthology. You can buy a copy from Amazon or download it on your Kindle – and I did! They are an intriguing read – the memories are, in turn, ordinary and surreal, playful and chilling. Here are some excerpts:

The works by Hopwood that are currently on show at the ADM gallery explore these notions of reality and fantasy in a variety of ways, with the research project on false memory serving as a jumping-off point.  The one that is most directly related to the archive itself has two actors talking to each other on FaceTime, each recounting to the other the false memories that have been submitted to the archive, from memory, as if they were their own.

In another work, Erased UFOs, an entire wall is filled with photographs of UFO sightings, with the mysterious “flying object” erased digitally. Inasmuch as we tend to trust in the reliability and veracity of our memories to tell our stories and our truths, photographs are the means by which we preserve these memories in tangible form to help keep them alive. Indeed, photography has become so intimately linked and intertwined with memory in our collective consciousness that it has become nearly impossible to pry them apart. Hopwood critiques and questions the trust we place in photography, turning the camera back on itself to expose both its reach, as well as its limitations, as evidence of reality and truth.

Artist Song-Ming Ang takes a different tack, responding to the flooding of our email inboxes with legal and institutional verbiage that, I’m willing to bet, none of us ever bothers to take the time to read or to understand. If you nose around the nooks and crannies of this very platform, you will find our own contribution to this barrage of legalese, in the form of our terms and conditions of use. Have you read them? In the works, Email Disclaimers and You are receiving this email because, Ang pokes fun at the relentless transmission of information as truth, highlighting how they undermine the personal agency of their intended recipients, as in this giant scroll of legal verbiage, culled from various websites that the artist has subscribed to.

Benjamin Disraeli once said that justice is truth in action. Another forum that we have come to rely on as a bastion of truth is the courtroom. It’s where we believe that a wise and discerning judge, aided by able cross-examination of witnesses by lawyers, teases out the facts and separates them from the witnesses’ lies, half-truths and unreliable recollections, in order to make a just and fair decision. That’s the theory anyway! Hongkong artist Pak Sheung Chuen mines the courtrooms for artistic fodder, his particular interest being criminal cases involving political activists, creating works that question the loss of civil liberties and challenge the displacement of truth and the lack of justice in such cases.

In the exhibition at the ADM Gallery, Pak has created new works based on his time observing proceedings at the Singapore State Courts and Supreme Court. The artist makes spontaneous doodles with pen on paper while observing the court process, allowing his subconscious free reign in making sketches and notes, which are then translated into wall murals that resemble enlarged seals.

Three artists – three different perspectives on truth and fiction. If you’ve never visited the ADM Gallery at the NTU School of Art, Design & Media, this thoughtful and thought-provoking exhibition is reason enough to make the trek out – and while you’re there, why not share a false memory of your own by filling out one of A.R. Hopwood’s notecards and submitting it to his False Memory Archive? Who knows? Your false memory might make it into the second volume of his Anthology and be recorded for posterity! 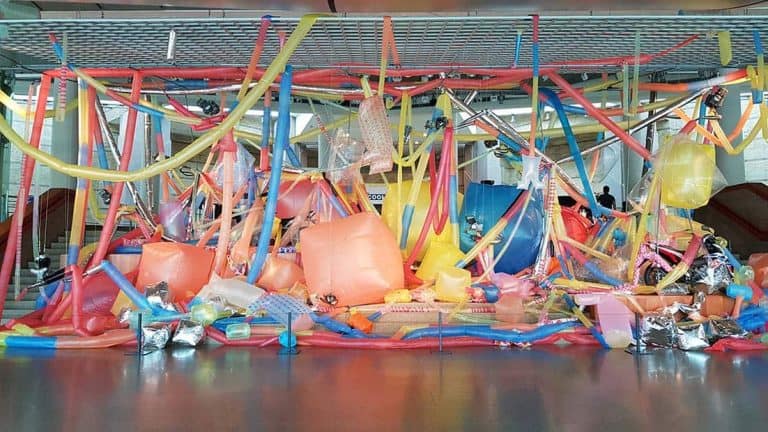 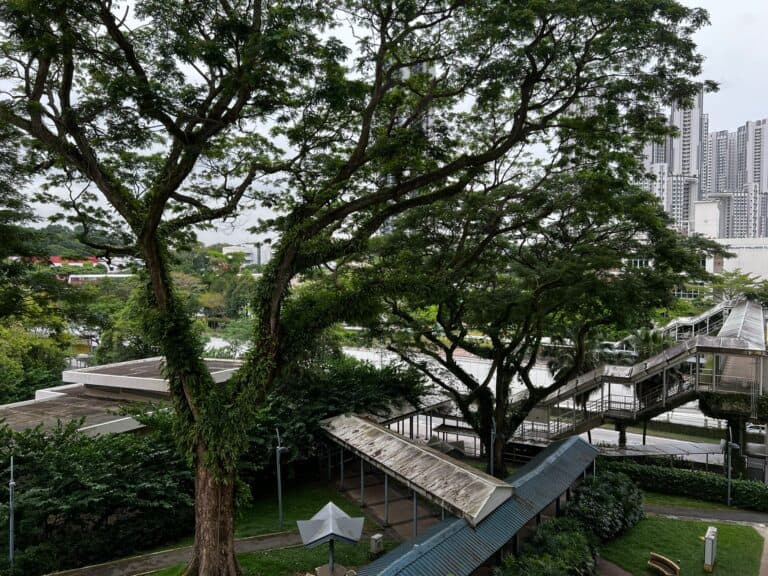 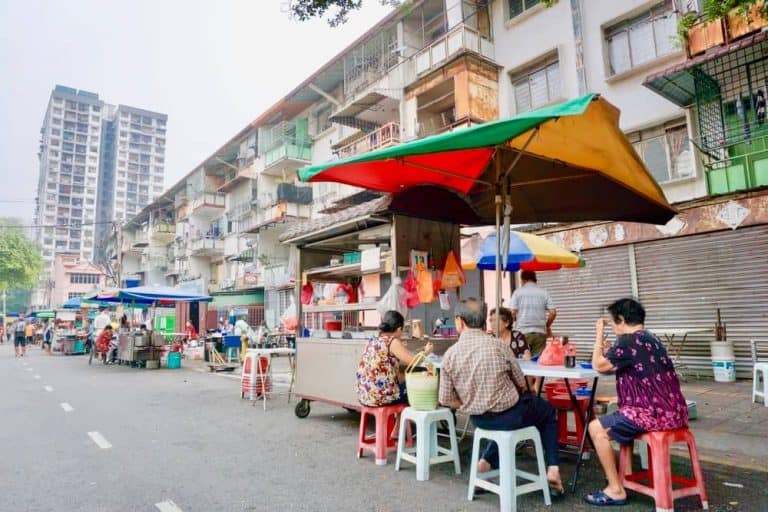 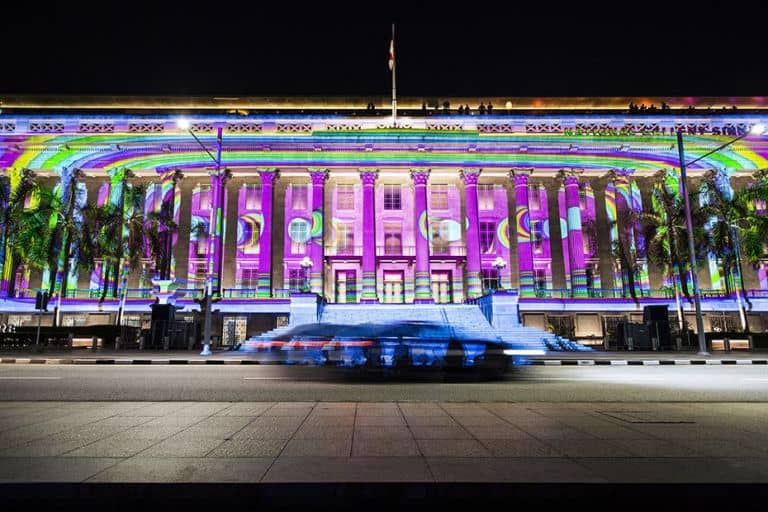