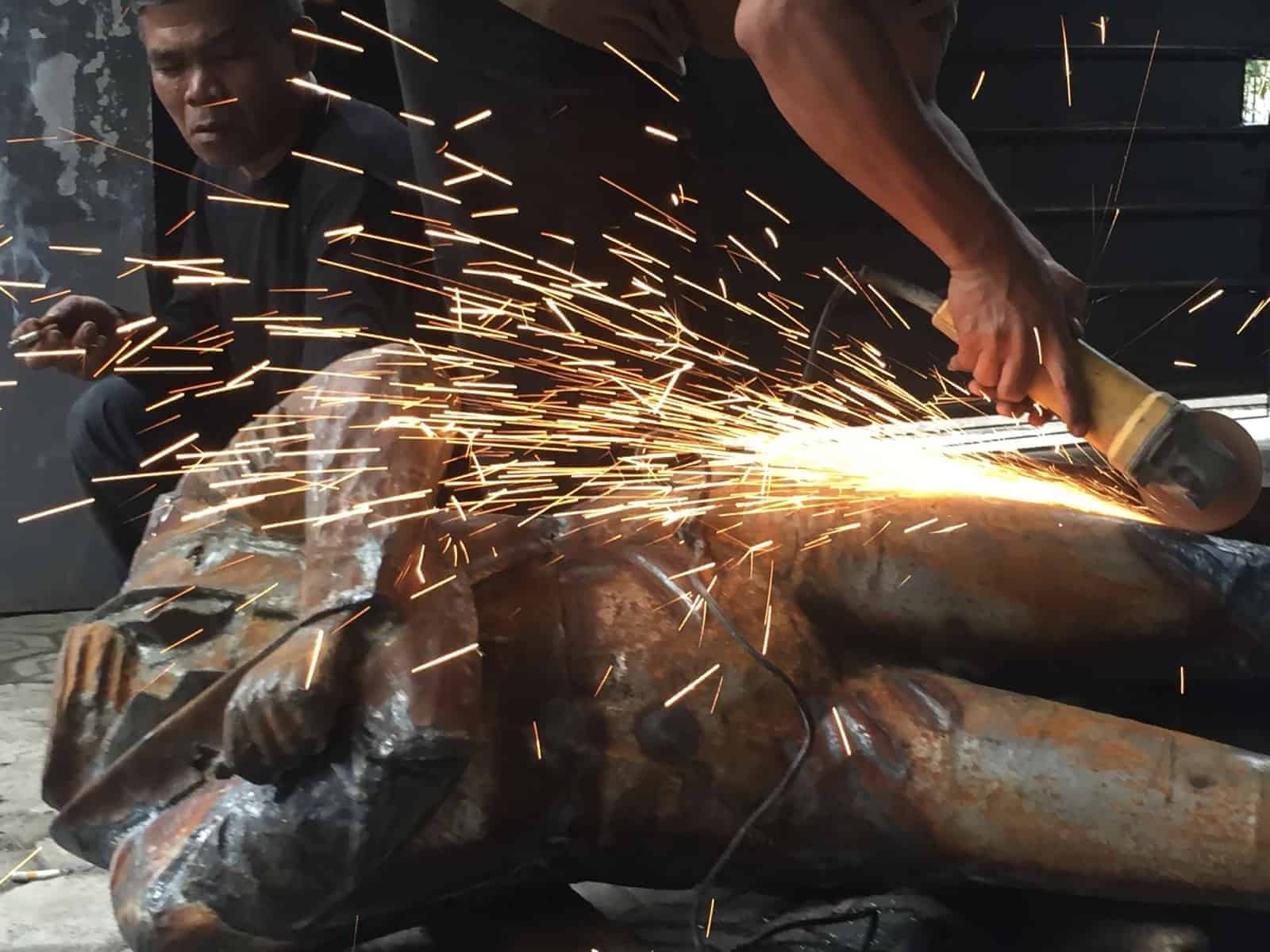 The artworks featured in this article have been kindly donated by the artist in support of AWARE. Raffuse Bin/Catchall Trays and Raffuse Bin/Knives Block are on view and available for purchase at members’ club 1880. Raffuse Bin/Recycle Can is also on view at 1880, and will be up for auction at AWARE’s upcoming charity fundraiser on 2nd Nov 2019. All proceeds from the sale of these three works will go towards AWARE’s fundraising efforts this year. For more information on how to bid for this work, please contact Phoebe Longley-Cook via email at Phoebe@aware.org.sg or on her mobile, +65 9235 1312.

The sculptures of Sir Stamford Raffles, founder of modern Singapore, in artist Jimmy Ong’s Raffuse Bins series, are quite unlike the ones that stand in Singapore’s cultural memory. Decapitated and missing their feet, each of Ong’s three Raffles effigies have been made useful in ways that the OG Raffleses (you know, the one standing pale and pristine on Empress Place and the other dark and bronzed in front of Victoria Memorial Hall) could never be.

When viewed from the front, Ong’s Raffleses appear statesmanlike, as always. Each resin-cast figure is clothed in that signature tailcoat, ruffled shirt, and high waisted trousers, arms folded in a manner that conveys a certain debonair charm. Seen from the back, these figures tell a different story.

For starters, Raffuse Bin/Recycle Can is a fully functional bin, designed for the collection of empty cans. One might insert used cans through the hole at Raffles’ neck, whereupon it would fall through the hollow of his body and collect at the bottom of the sculpture. His derriere contains a hinged bum-flap through which a user may reach in to extricate the cans that accumulate over time.

Meanwhile, Raffuse Bins/Knives Block is a hot pink figure that has removable IKEA knives sticking out of its back, as well as two useful rows of hooks that can be used to hang bottle openers, scissors and other household tools.

The function of the third sculpture, Raffuse Bin/Catchall Trays, is not immediately apparent from the back, but its rainbow-coloured parts can easily be dismantled to become, as its name suggests, catchall trays that hold a variety of objects. Referring to the red container that also functions as Raffles’ hip, the artist quips, “I think this would make a good flowerpot. Or a champagne bucket.”

As Ong dismantles Catchall Trays Raffles and demonstrates its use to his audience at members’ club 1880, where all three works are currently on display, one cannot help but draw a comparison between the artist and one of those sales representatives we often encounter on the kitchen floor of a departmental store. This is unsurprising, since Ong’s inspiration for this body of work begins with the ubiquitous Swedish furniture brand, IKEA. In fact, Knives Block Raffles owes its colour to the readymade IKEA knives that adorn its back. The rainbow-coloured catchall trays similarly take reference from the former corporate colours of Apple Macintosh, another iconic brand.

In applying the aesthetics of commercial giants to the Raffles icon, the artist invites us to consider how Raffles is, in essence, a manner of branding on a national scale. Raffles occupies a hallowed position in Singapore’s national narrative – but how does this serve us? And are these myth-making functions any more useful than, say, a recycling bin or stackable containers? All three Raffles effigies in this series are hollow inside – all the better for them to hold whatever we want them to hold; just as the symbol of Raffles may be made to conform to whatever national narrative the powers-that-be desire.

In naming the series Raffuse Bins, Ong uses a near-homonymic, tongue-in-cheek pun to compare Raffles to refuse (garbage). Ong refuses to accord Raffles the honour that he usually receives in Singapore as a gentleman-hero, and the resulting tension is at once light-hearted and grave, considering how Ong is tackling a myth that has been two centuries in the making. This style is characteristic of the preeminent Singaporean artist’s work. Although he is most well-known for his large scale, figurative charcoal drawings, Ong has been steadily working in the field of sculpture, installation and performance in recent years, especially in terms of interrogating Singaporean and Javanese colonial history through the prism of the Raffles avatar.

His previous work, Open Love Letters, reveals a similarly violent yet humorous approach towards this subject matter. There, the dismembered Raffles effigy was cast in bronze and used as a charcoal grill for roasting fragrant kueh kapit, or love letters, for passersby. In sawing the statesman’s body in half in order for it to cradle a fire within its recesses, Ong treats Raffles less like a gentleman-hero and more like a looter and invader, as is his reputation in Java, where Ong currently resides. Ong wreaks multiple violences upon the Raffles figure – some of which he has borrowed from Javanese culture, where:

“Removing the head and feet… is customary to the Javanese sultan’s (tradition) of punishing its traitor and enemy, as depicted in an example where a traitor’s head was buried at the entrance to the royal tomb on the hill of Imogiri, the feet buried at the bottom of the hill, and the body midway under the steps going uphill.”

A quandary emerges when the edible products of such destruction turn out immensely fragrant and delicious. Likewise, the immaculately sculpted and highly functional forms of the Raffuse Bins give rise to a dissonance between destruction and enjoyment. This paradox, born from the violence and wry irreverence with which Ong has treated the icon of Raffles, provokes us to examine the colonial histories that we have been offered a little more closely, and invites us to consider what we accept and what we must refuse, Raffles and all. 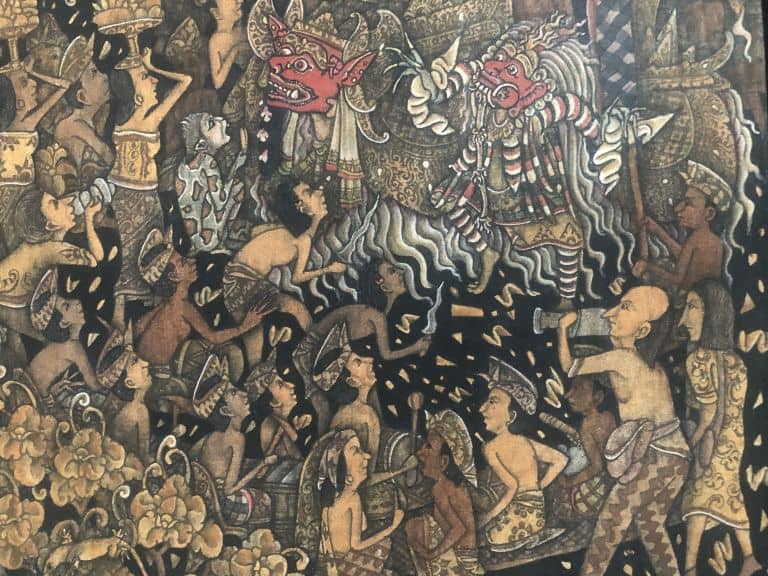 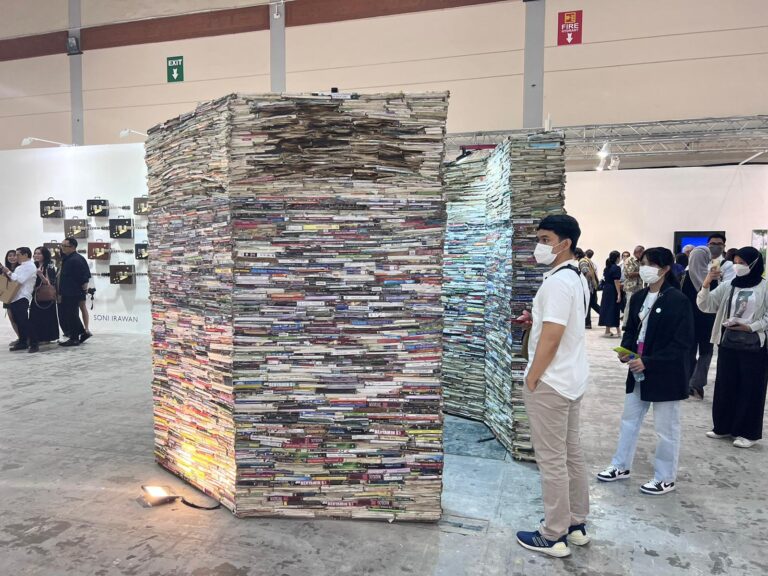 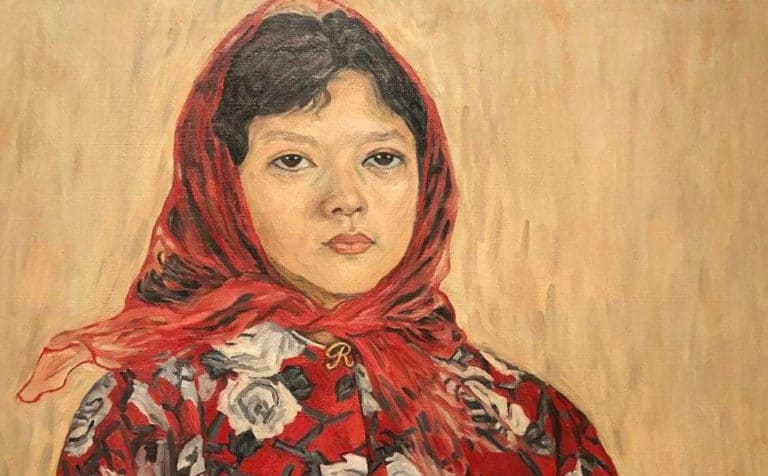 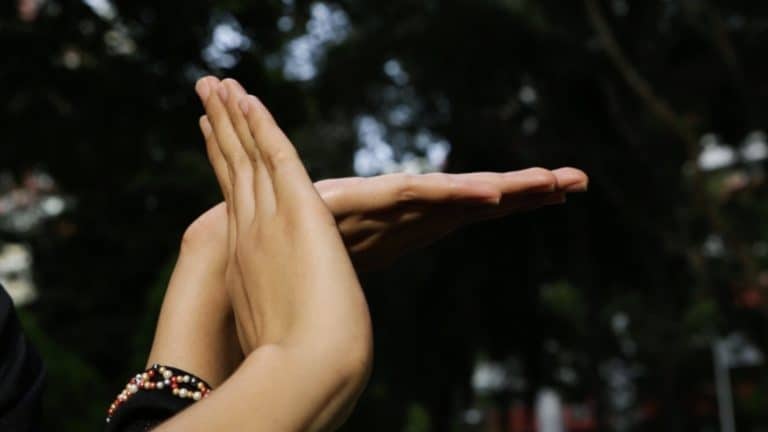