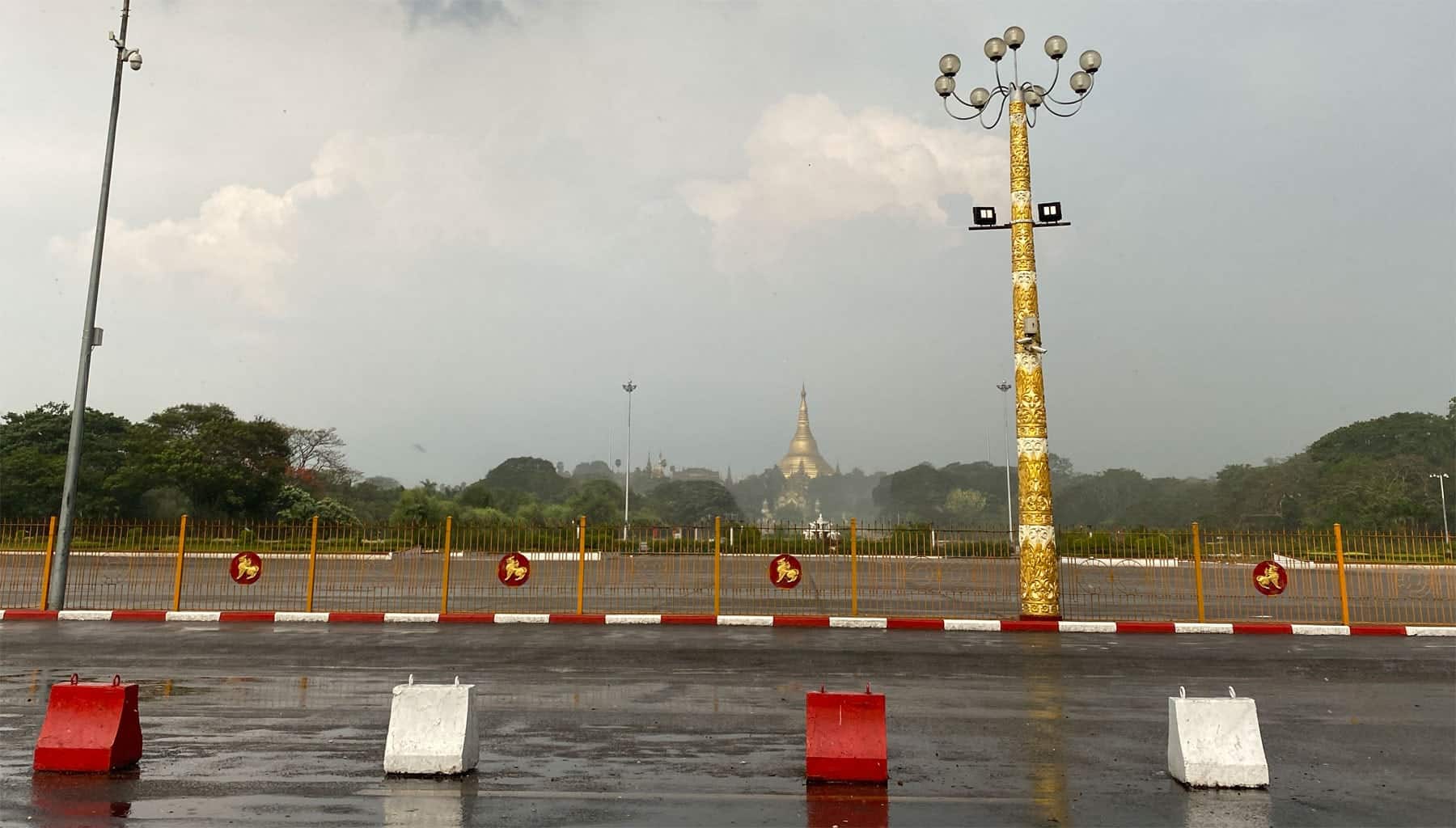 At the end of each street in the neighbourhoods of Yangon, a jumble of objects are piled up in order to block the road: crossing tape, cars, metal barriers, PVC pipe, sandbags, trucks, plastic buckets and vinyl signage stating the need for lockdowns due to COVID-19. Outside the barriers, Yangon’s street life ekes out an existence. Shops and restaurants are closed but fruit sellers and vegetable hawkers, betel nut stands and trishaw drivers, city workers and construction teams work outside, rain or shine, virus or no.

Yangon always slows down this time of year – April is basically a write-off with the Buddhist New Year celebrations (also known as Thingyan, or Water Festival). Then, typically, when the rain starts in early May, international travel drops off and the city enjoys six months of monsoon. But this year, festivities were promptly canceled six weeks before they were meant to commence on 10 April. From my particular perch on the 8th floor, I still hear the container ships on the Yangon river, bellowing with fog horns as they creep past the downtown pagodas and harbour front. I hear the stray dogs yelping and fighting throughout the night, the children playing outside, the sound of traffic.

The conditions of the virus and the requirements of lockdown do not seem entirely unfamiliar to the people of Yangon – not to mention those who live outside of the major cities. The enacting of strict rules around socialisation and curfew, in addition to the potential dangers of a crumbling economy (and loss of jobs as a result) are not foreign concepts to those living in Myanmar. In fact, it wasn’t so long ago that these very rules were in place and enforced by the military government and for far more arbitrary reasons. But there is no denying that what Myanmar now faces as a country can be defined as a mess. People suffer.

Two major civil wars are currently being fought in Rakhine and Chin States to the West and Kachin and Shan states to the Northeast. Innocent lives are constantly caught in the crossfire. What jobs were created when the civilian government gained power in 2016 began to fall off after the Rohingya crisis in 2017, and took a nose dive when COVID-19 hit China, whose citizens own many of the factories in Myanmar. Currently, in Yangon alone, there are 30,000 unemployed; many individuals who were seeking opportunity in the country’s largest city who now are not allowed to travel home to their villages. This is all to point out that my own perspective and those of the artists self-isolating are very different to so many millions throughout the country. So I will proceed to share our little slice of artistic experience here, with that population in mind whose trauma is far fiercer and longer-lasting. 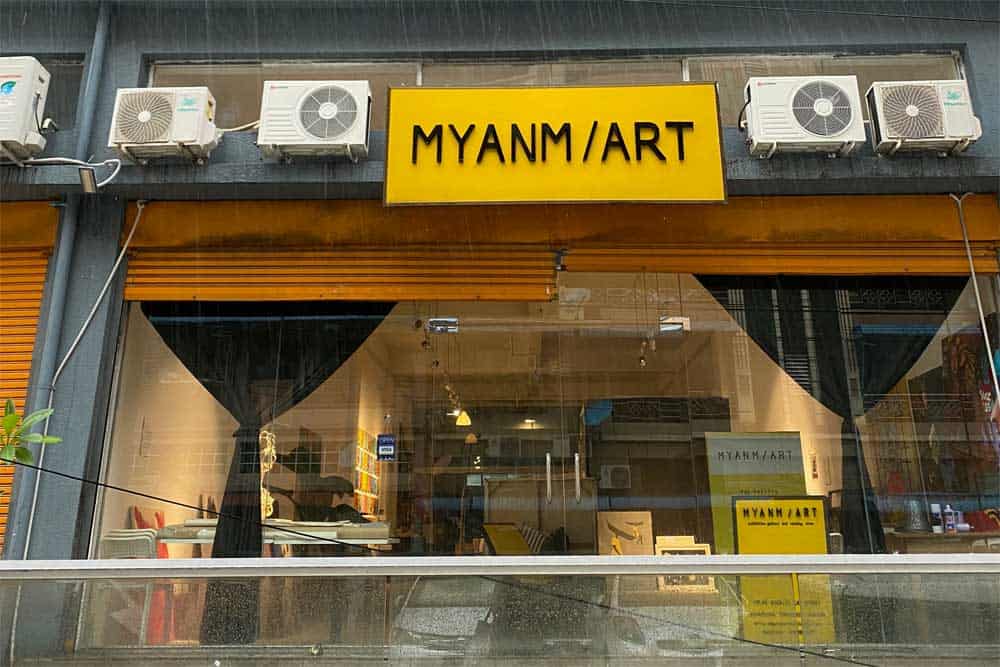 Indoors but not stuck, I can still walk to my art space – Myanm/art – and look through our library collection or photograph artworks to put online. We are by no means an essential business during times like these, but we keep our doors open and offer free art supplies or books on loan to those who are in the neighbourhood. We are a fairly large space and never very crowded, so social distancing is not a problem. But aside from the occasional friend, most are staying home during these days, and do not feel the need to stop by.

Having just completed our first attempt at an online exhibition, we received mixed reviews from the artists. My reasoning behind sharing the exhibition online was this: at such a time when everyone is craving news and glued to their screens, why not interrupt their feed with something a bit different? Furthermore, what place marker can we put down during this time in history?

Myanm/art is known for working with experimental artists. We also like to embrace and encourage young talent – amateur art professionals who want to try their hand at management and curating. Thankfully, two of our former interns rose to this challenge. The exhibition had originally been planned for the physical space, and was to open on 1 April. In light of the virus and the closing of public spaces, we had to rethink. No one was particularly keen on the idea at first. They wanted to wait for the live exhibition. From Myanm/art’s point of view, it is about having a presence for the artists online, so that we can communicate with a broad audience, all over the country, and the world. We are happy to slow activities for the coming months, to let artists breathe, but it seemed a shame that these young artists would have to wait so long to share their work.

Art-Spaces-Us was curated by Phoo Myat Thwe, with assistance from Than Thar. Both are young women active in creative professions and on social media. They puzzled out how best to reach the audience, along with Myanm/art gallery manager Min Chit Paing. Eight artists were chosen, all under 25 years old and living both in Myanmar and internationally. Seven of the eight artists are Myanmar nationals. For most, this would have been their first exhibition in an art gallery in Yangon and they were excited to experience their work in such a space. The digital sharing of their concepts and biographies were meaningful. It is rare that artists share their thoughts on video with such a wide audience here in Myanmar, and being able to dial in from their rooms and studios to share a platform with the audience created a sense of intimacy usually only found in the exhibition space. Each conducted video interviews, and all participated in Zoom panels discussing their work. Most did not feel that the online platform did their work justice; it just was not the same to see their work on a screen. But the audience responded well, sharing and writing congratulatory notes.

Still, what did we really achieve by putting their work online? The artists of Art-Spaces-Us crave public feedback. Many are disappointed by the lack of physicality to their work. They and so many others want to meet and discuss and have a physical, live experience, because it’s what inspires much of their practice. On the other hand, others are working more reclusively, and enjoying that space.

Artists in Myanmar are dealing with COVID-19 and the sudden onset of mass restrictions in myriad ways. Some artists and organisers have taken this as a rare opportunity to slow down, stop making, sift through archives, cook and watch movies – especially those who work in media like film and photography. Individuals like video artist Khin Thet Htar Latt and founder of Watthan Film Festival Thaid Dhi constantly travel for work, in order to make enough money to support their practice. This slowdown is a chance for reflection.

Painters are the best set up for this virus, as most have home studios. River Gallery of Yangon has been sharing their artists’ lockdown experiences on their Facebook page – for example, Htein Lin has begun using sliced fresh produce to print on canvas and paper in Kalaw, a mountain town where he is isolating with his family. Street and graffiti artists are restricted by the 10 pm curfew, and most stay at home and work on improving their design skills or their commission work. SATAN shares his progress on his Instagram, while Bart Was Not Here just finished an album cover for a young musician. Artists like Kyaw Htoo Bala had renounced art-making months ago, in favour of film, but he recently recommenced his signature collage work while being in lockdown. Soe Yu Nwe finally received her pottery wheels that she had ordered from China, and will start working from home, as she is not able to travel for ceramic residency programs. Speaking of, Yadanar is currently in Liepzig, Germany, working diligently from her studio and sharing her progress on social media.

I do not know what lies ahead for those of us working in the arts sector here, but suffice it to say, this virus is not our first challenge and will not be our last. 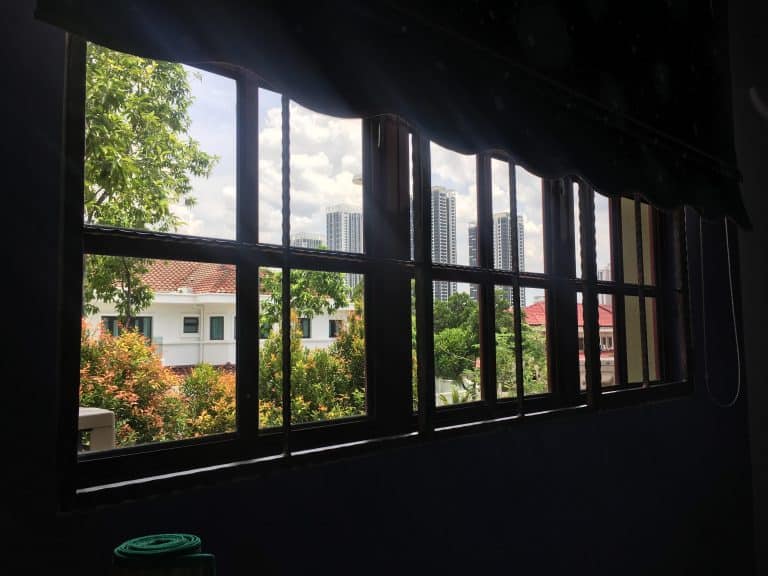 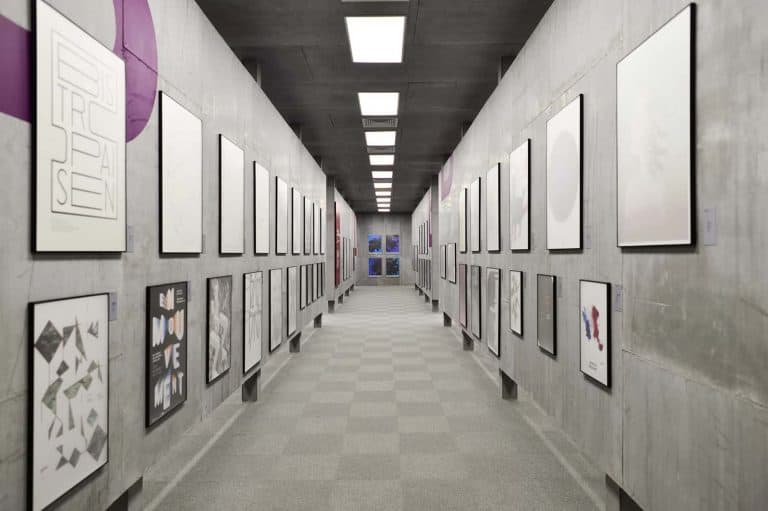 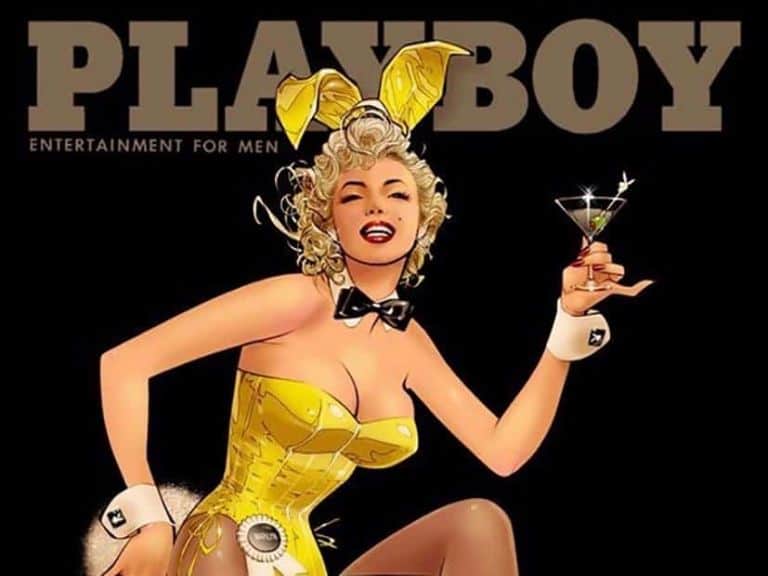 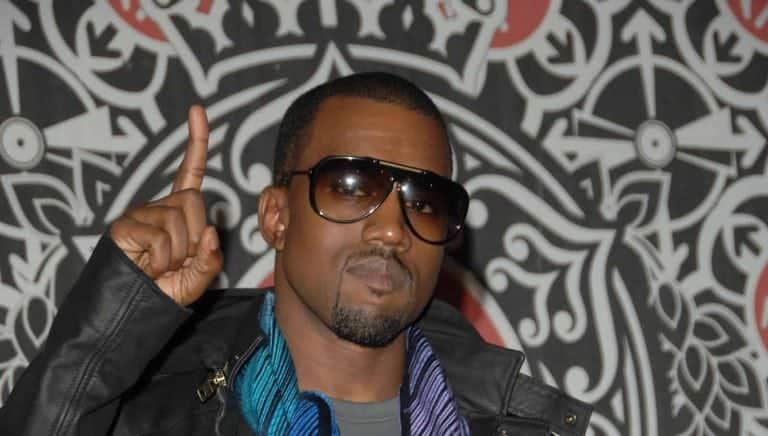