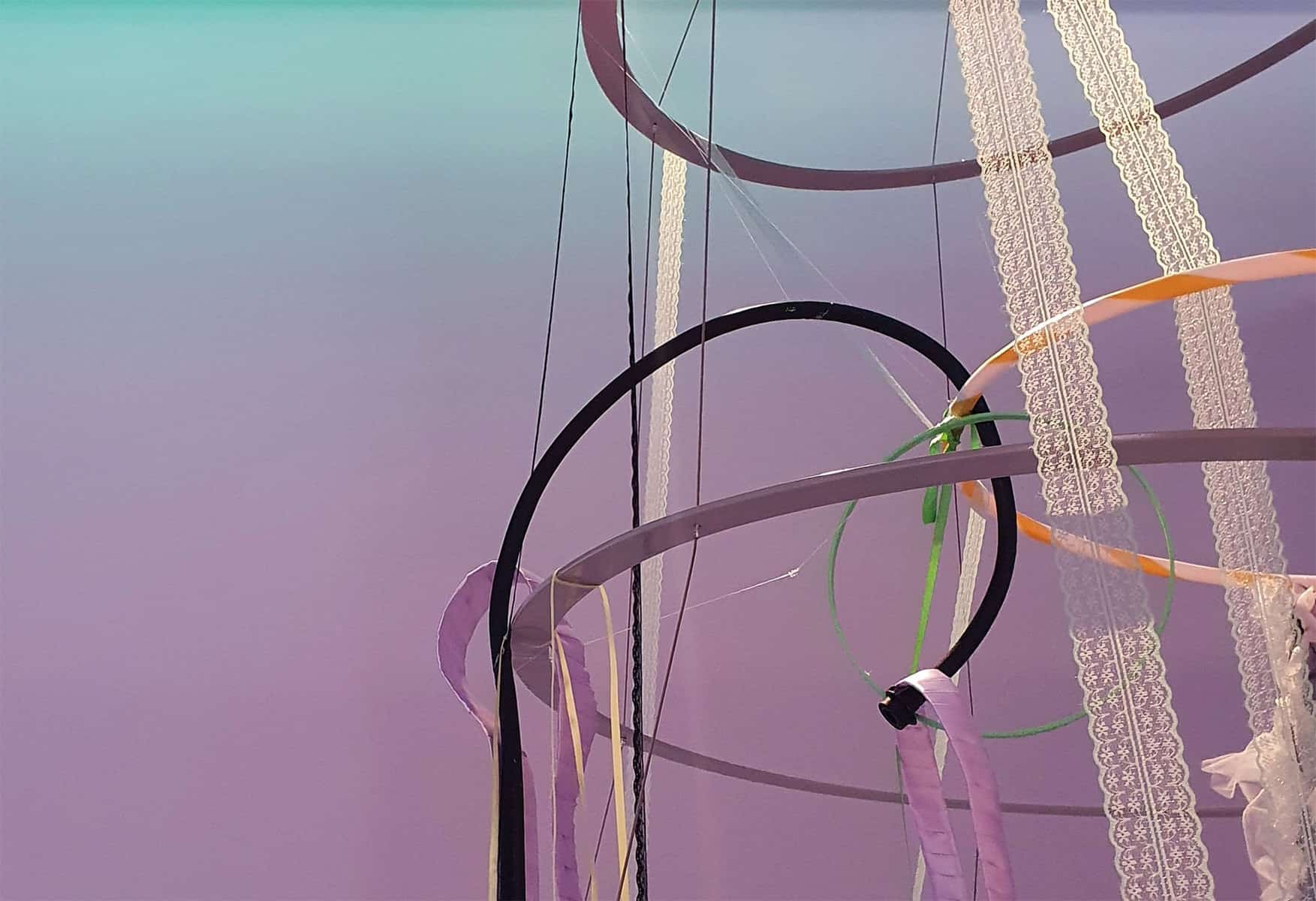 Through slits in a small, candy pink canvas, a baby blue ribbon threads in and out of the surface, at once punctured and held together by small green stitches.

I’ve always been drawn to artworks that reveal a deep sensitivity to material, and I especially enjoy works that are joyous and playful in combining different tactilities. Thus, I was particularly excited to review Stephanie Jane Burt’s recent solo exhibition, What is the current that presents a behaved waist at Yeo Workshop, curated by Samantha Yap. What I did not expect was a whole other dimension to the exhibition, one that draws from the intimacy, intuition and strength of female kinships, and that approaches feminist resistance from a softer, more oblique angle.

Entering the gallery on a scorching afternoon, I’m surprised to see a small projection of Alfred Hitchcock’s film Vertigo. It’s showing a scene at the beginning of the film, where detective Scottie is following a lady who he thinks is “Madeleine”, the wife of Scottie’s friend, Gavin. It’s immediately voyeuristic and creepy in the way that Scottie observes “Madeleine” from a distance – and it’s easy to read this film as a story of male aggression and visual control, even as it’s revealed (spoiler alert!) that “Madeleine” does not exist beyond the performance by the character, Judy, who was hired by Gavin to impersonate his wife as part of a murder plot. Subsequently, as Scottie becomes obsessed with “Madeleine”, he pressures Judy into transform again into the fiction of “Madeleine”.

In any event, that’s not how Stephanie, and curator Samantha Yap, view the film. They consider Vertigo to be a rich and self-reflexive piece, one that can be opened up to multiple readings that serve as fertile springboards for Stephanie’s work.

Stephanie’s art practice has consistently pursued engagement with works of literature and film. It’s clear that this comes naturally to her, and is an interest also shared by Samantha. Having collaborated on many occasions, Stephanie and Samantha co-founded the feminist art platform and collective Bubble Gum & Death Metal (BGDM), an entity which amongst others, hosts sharing sessions to foster a sense of community and kinship amongst female creatives in Singapore. They tell me, as we sit in the shadows cast by the afternoon’s scorching sun, that their mutually-shared love for particular films and books was what sparked their connection.

Stephanie’s previous large-scale, yellow-drenched installation for example, O Dear What Can The Matter Be (2016), drew from the short story, The Yellow Wallpaper, written by American feminist novelist Charlotte Perkins Gilman. It’s one I remember quite clearly, having studied it myself. The story is about the mental state of a young woman, confined to her room by her husband, and her slow descent into insanity as she focuses on the minute details of the yellow wallpaper surrounding her.

This method of writing, the nouveau roman, is one in which nothing generally happens from a narrative perspective, but instead, focuses on the extreme, overt detailing of objects and environments through a transparently subjective lens. In so doing, an inner reality is opened up for the reader.

In What is the current that presents a behaved waist, two points of reference come into play. The first is the aforementioned character of Judy in Vertigo; and the second, an extract from writer and poet Gertrude Stein’s nouveau roman-esque poem, A Long Dress (Tender Buttons), from which the title is adapted:

In the poem, a dress is hardly a dress. In fact, the poem does not directly describe a dress at all. Those familiar with Stein’s works will recall that the writer is known for her creative wordplay which is often devoid of logic and conventional grammar. Ambiguity arises from the strangeness of the words which are used and the many meanings that those words can adopt.

The dress, therefore, becomes a stance, a surface which signifies the line of the body, an inhabited form with an underlying current. Through the close examination of this typically feminised object, the title of the exhibition adapts the poem and adds the word ‘behaved’. Situated between these contexts, the work takes as its key inquiry the very construction of femininity and female behaviour, via clothing, materials, textures and surfaces.

Turning the corner into the space, I step onto a slightly raised platform painted in a lilac purple, a colour which also washes the walls of the gallery. This sets the stage for an enthralling, cascading construction, made of concentric metal rings which increase in size and serve as a structure upon which various other materials are draped, tied, hung and suspended.

The tension between various material qualities, from stiff metal wires, translucent flowery white lace to coiling black rubber, spill in and out of the circular skeleton. The opposing forces of balance and precarity in Stephanie’s work bring together separate components that should not operate well together but somehow manage to coexist in an uneasy struggle.

I’m not surprised to find out that the suspended hoops actually reference the crinoline, a skirt-version of the corset which was designed to support and create a fashionable, full silhouette in the mid-19th century. Often made from steel, whalebone or cane, Stephanie and Samantha tell me that these rigid ‘cages’ were actually initially celebrated by women as a replacement for the heavy layers of multiple petticoats that preceded its innovation.

From today’s perspective, these were fashion trends of the time which restricted and even endangered women in their pursuit of conventional notions of beauty – however, what has changed today, except that these beauty ideals have simply shifted? Voluminous skirts and corsets have merely been replaced by tight, body-fitting dresses and high heels.

Stephanie’s use of the crinoline as a skeletal base for the work places an emphasis on the porousness of the structure as its components spill in and out, wrestling and twisting with the metal shape. Coming back to Vertigo, it poses the fiction of Madeleine, whose costumes in the film have a bold, elegant but severe simplicity (most notably her stiff grey suit and tightly curled bun), against the vibrant, colourful and soft wardrobe of the real Judy (who mainly wears purple and green). Through its subtle choice of colour, the installation alludes to their opposing identities.

In the film, Judy is twice (falsely) transformed through the gazes of different men, and her individuality and character is overshadowed by the performative identity she plays. The artist, hence, attempts to speculate a fiction for the complexities of Judy’s character – who is Judy, really?

Critically, for Stephanie and Samantha, the exhibition is not about completely breaking out of patriarchal structures, or reading the Hitchcock film from a one-dimensional angle that would reinscribe women as victims.

Rather, it’s about moving towards the exercise of agency within such structures, and manoeuvring the spaces in-between. It’s about acknowledging the hardness and rigidity of immobilising patriarchal systems, whilst allowing a radical softness to spill through and persist.

Additionally, this also comes forth in the three canvas works which are counterpoints in the exhibition, opening space for playful contradiction.

Stephanie’s constructions, pinned together by delicate materials, balance a material sensitivity that serves as a poetic response to the sources which inspired her work. And whilst the starting point of it all was Vertigo, the work speaks to a larger, shared critical engagement by both the artist and the curator. It’s a project borne out of mutually-shared female kinship and collaboration – a process that I was able to partake in while viewing the exhibition, even if for a brief moment.

I leave the show thinking about how there is still much to be done; and musing on the inner contradictions in this line from a poem by Samantha, written in response to the exhibition:

The shadow of her hand

Stephanie Jane Burt: What is the current that presents a behaved waist, at Yeo Workshop, was originally scheduled to run until 19 April. Check in here for details on this show as COVID-19 restrictions continue to evolve in Singapore.

The author is grateful to Stephanie Jane Burt and Samantha Yap for their kind and generous sharing for this piece. All photos by the author unless otherwise stated. 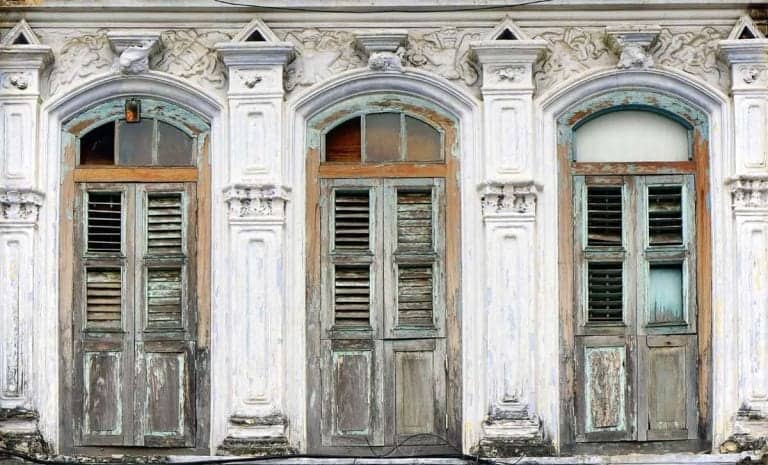 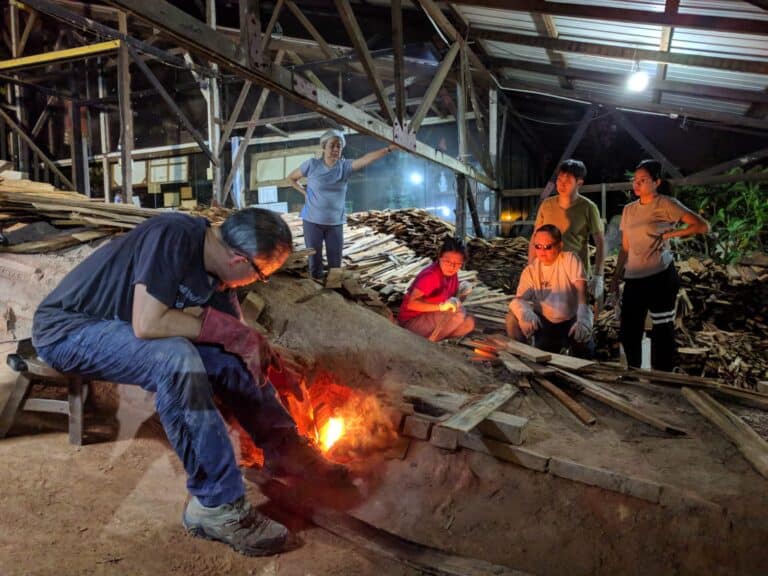 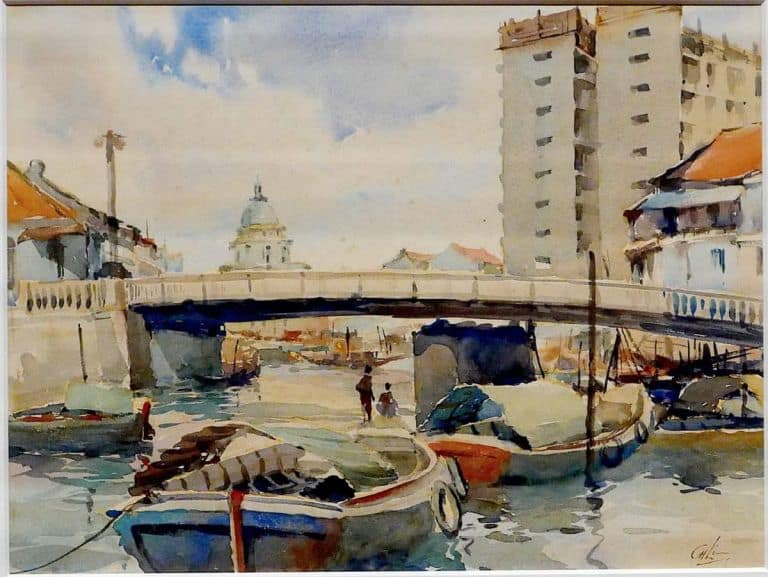 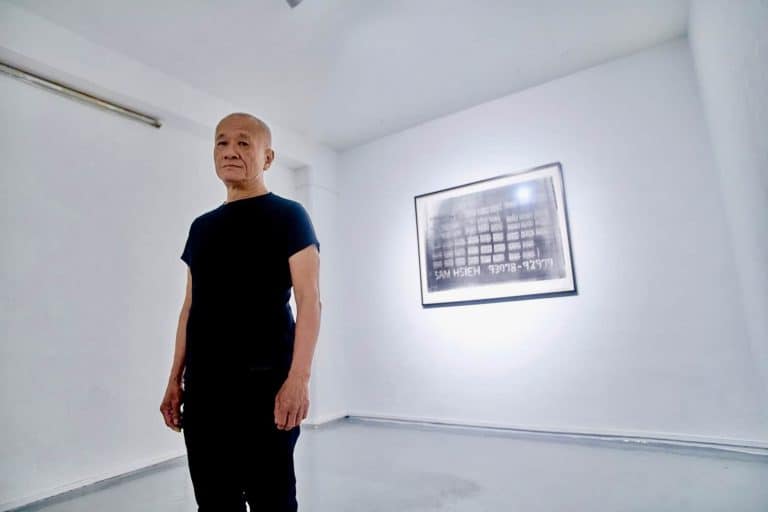