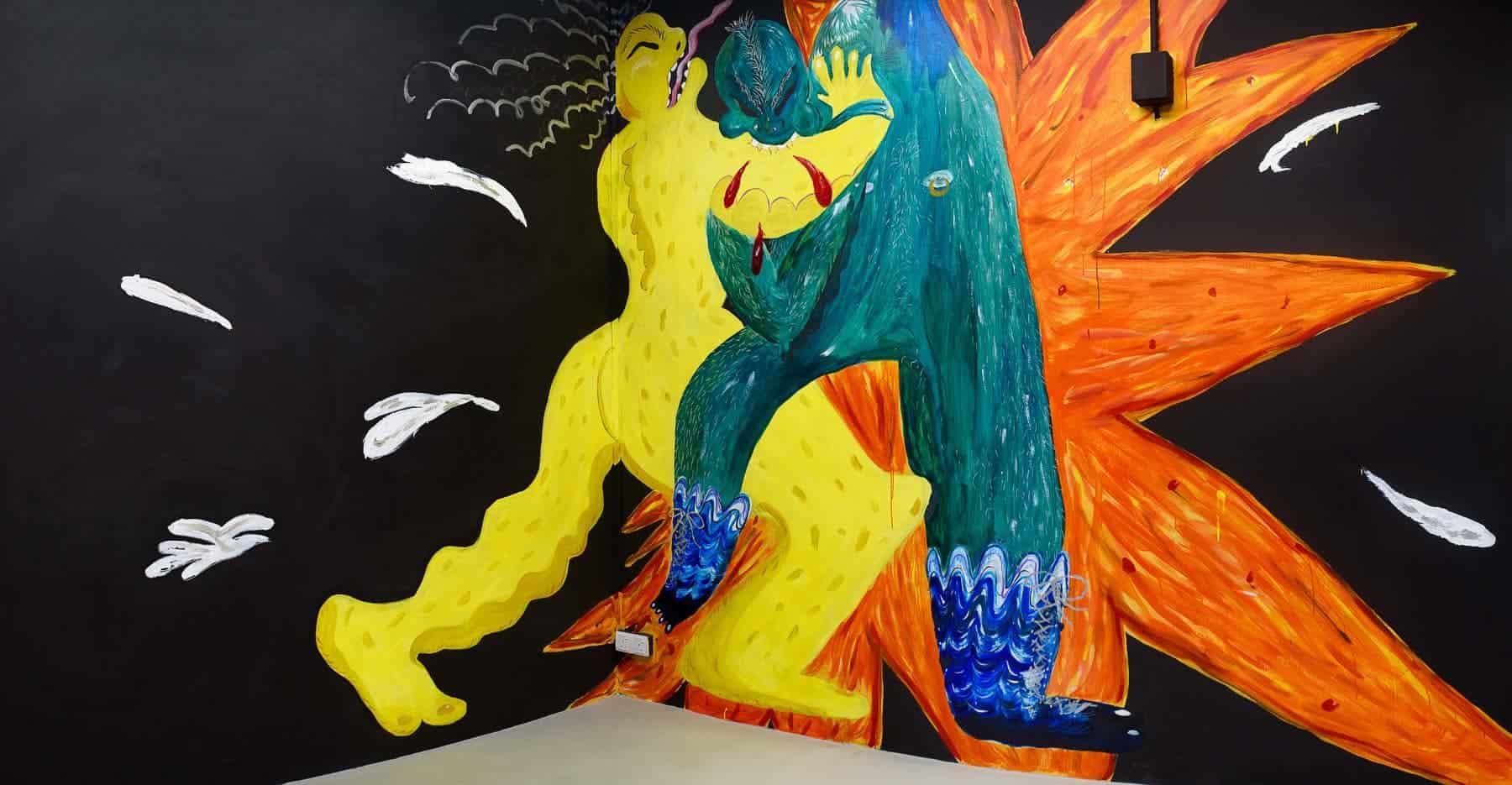 In July 2020, Eric Goh opened the independent art space, Mutual Aid Projects, located in Wisma Central. The aim is to work on projects where everyone involved can think — throughout the entire process — about why they are doing something and how they are doing it. Our resident art critic Lee Weng Choy speaks with Eric about his experiences and goals with this new initiative.

Lee Weng Choy: We met in 2018, not long after you returned to Malaysia from studies and work abroad; you were working at Our Art Projects in Zhongshan Building. You then worked in Singapore for the inaugural SEA Focus art fair in the beginning of 2019, later joined A+ Works of Art, Kuala Lumpur, and then went back to school in the Fall of 2019 to do your MA at New York University’s Institute of Fine Arts. You’re now back again in KL, taking a break from studies because of the pandemic. Could we talk about this transitional period where you decided to make a career change and become involved in the arts?

Eric Goh: I did my BA in Economics at the University of Edinburgh, followed by an M.Sc. in Real Estate Development at Columbia University, New York. I was getting degrees and job placements one after another, sort of unthinkingly. I didn’t really allow myself the time to reflect on what I was doing, for fear of admitting to myself how much I hated it all.

My encounter with the artworld was serendipitous. In Edinburgh, I lived with a flatmate who studied at the College of Art; through him, I met more people from the art school, attended their exhibitions and parties, and eventually most of my friends were from the arts.

Upon my graduation in New York, I worked for a bit there, then, wanting to be closer to home, landed a job in a private equity firm in Singapore. But eventually I quit and returned to KL. Zhongshan had been opened for a year, and there was a lot of excitement about the new arts hub. I approached Liza Ho from Our ArtProjects for a job. From there, I went down this rabbit hole, obligingly, and became more and more involved in the arts.

A lot has happened and very quickly too. I’m still anxious and aware of the amount of catching up that I have to do. But I’ve also been very lucky; for example, I participated in the Para Site Workshop for Emerging Art Professionals in Hong Kong, and it’s been one of my most memorable and formative experiences.

LWC: After working in the arts and getting into a pretty good groove, you decided to make another break of sorts, and go back to school. Why?

EG: Well, as you may agree, discourse around contemporary art in Malaysia sometimes lacks rigour.

EG: Of course, I was implicated in this problem too. I was frustrated by my lack of research skills and art historical knowledge. The practice of curating is a way of making sense of contemporary art in ways that art history cannot. It is more forgiving and encouraging of speculative thinking which embraces other disciplines, more so than art history. Still, it’s hard to make sense of contemporary art without reckoning with art history. So I went back to school because I wanted to be in a focused environment where I could read, write and discuss art history intensively.

I cannot describe how much I have enjoyed studying art history. Gradually, I’ve found confidence in my voice and in the ideas and questions that I put forward. It is easy to criticise something for the sake of being critical, but questions and ideas that are proposed in a spirit of curiosity will always be productive, and will create further lines of thought, for others and for oneself.

At NYU’s Institute of Fine Arts, I’m also part of the Contemporary Asia Forum, where we organise workshops with emerging scholars and curators in the East Coast who focus on contemporary Asian Art. I try to make sure that we engage with discourses in Southeast Asia too, because there is a tendency to overrepresent East and South Asia when speaking of Asia.

LWC: Given the situation with the pandemic, it makes sense to come back to KL. But what isn’t so obvious is to start a small art space in in a downtown shopping centre. You’ve thought about this project in terms of a one-year lease, after which you’ll head back to finish school. Tell me about “Mutual Aid Projects”, and how friendship is an integral aspect of what you’re trying to do.

EG: When I came back to Malaysia in April (2020), I realised that it would be unwise to return to school in the US in the fall, and decided to take a year off. I started the space so I could work meaningfully with artists whom I also consider my friends. I’ve become increasingly sceptical about the pace at which the artworld churns out exhibitions. I wanted to do projects where we can think — throughout the entire process — about why we are doing something and how we are doing it.

Earlier this year I read Mutual Aid by Peter Kropotkin. The book was published at the turn of the twentieth century to counter Darwinism, which centres on narratives of competition and self-interest as drivers of progress. Kropotkin argues that, instead, what has allowed us to propagate and thrive is our propensity for mutual aid. For instance, mutual aid is necessary for us to overcome the crisis we face today — you wear a mask to prevent others from getting the virus in case you have it. Although, like most things, mutual aid is easier said than done.

I’ve been interested in how mutual aid has been practised in Malaysia. For example, there’s a concept of empathy called timbang rasa. In the 1970s, Malay peasants were displaced from their lands and became workers in plantations and factories. In some cases, Malay plantation workers protested the unfair firing of someone of a different class, such as their supervisor, or a worker of a different race, because these people had treated them with dignity and respect. Mutual aid is only possible through camaraderie and friendship, and often despite differences.

My selection of artists is admittedly arbitrary. For the year, I’m working with Areena Ang, Dipali Gupta, Izat Arif, Tan Zi Hao, Stephanie Burt and Hoo Fan Chon. Whatever we do should serve a shared idea and our friendship. The exhibition becomes not an end in itself, but a means to test an idea out, and also to test the friendship. In the group, we are at different stages of our lives, and it’s hard to articulate what binds us together because there is no real obligation to collaborate. But I offer a space for them, and in return, they let me into their lives and practices.

I aim to make a publication after the year, to document our collaboration: both the fun and frustrating parts. Writing is not something that comes easily to me. I wanted to create a space where we could be less precious about art making and writing, and to be more forgiving to ourselves when we make mistakes.

LWC: During my visit, we discussed art and its publics, and spoke about how the audience for the space may be less the art crowd that may visit, than the neighbourhood itself. Tell me more about the building, and how you hope to engage with your neighbours.

EG: We’re located in Wisma Central, which was built in the 1970s. It was one of the main buildings in central KL along with the now demolished Ampang Park shopping centre. These older buildings began to lose their appeal from the 1990s with the onslaught of glitzy skyscrapers and fashionable malls. Today, the unassuming eateries in Wisma Central attract the office crowd and the place gets busy during lunch. There are travel agencies, costume shops, beauty parlours, print shops and tailors. Most people who frequent nearby KLCC won’t visit Wisma Central. Frankly, I hadn’t until recently.

In 2011, the management approached Citylab Studio to rejuvenate the building. There were hopes for it to become an arts hub. Independent spaces such as Prototype Gallery and Projek Rabak moved in. They’re no longer here and the management has reverted the interior to what was like before. I suspect the experiment failed, but am not sure why.

Galleries measure their success by sales, while museums measure theirs by footfall. I’m not concerned with either. This is a non-profit space and my public are my neighbours. Of course, the space welcomes visitors from everywhere but I’m most interested in how I can coexist meaningfully with the shopkeepers and regular customers in the building. For me it’s important to widen the stakeholders of the artworld beyond those who are already familiar with art.

It’s easy to say you want to engage with the public, but hard to practise, if you do not first identify them and put yourself in their world. You need to be in their space.

Those with capital have better access to art, but that doesn’t mean their engagement is any deeper. So how can we foster a hospitable environment for deeper engagement with contemporary art, especially for those with a limited amount of capital and leisure time? To do that, I need to build trust with my neighbours, which is already proving to be quite difficult because I cannot speak in their preferred languages confidently. I need to get to know them before I can engage with them. The goal is not for them to listen to me, but for me to listen to them.

Art, no matter what medium, is infinitely ambiguous. And we are naturally intimidated by uncertainties. For me, engagement with art is about sitting with the discomfort of trying to articulate and failing to make complete sense of what a work is and does. It means to let art into your life and let it surprise you in unexpected ways.

I work with each artist to think about how to make the space more porous, so that the inside and outside bleed into one another and the space becomes more hospitable for my neighbours to enter. But we are also thinking about whether we can engage with them without needing them to enter the space. Luckily, like most shop lots, we have a big front window. These ideas sound vague but I hope that they will become clearer with each consecutive project that we carry out. 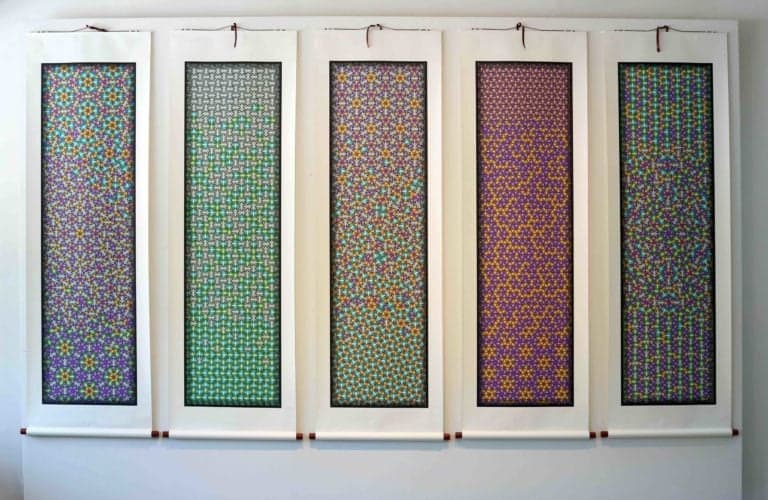 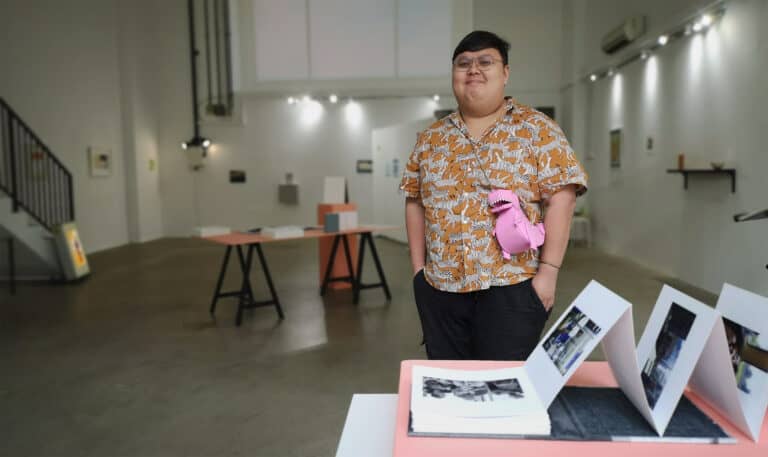 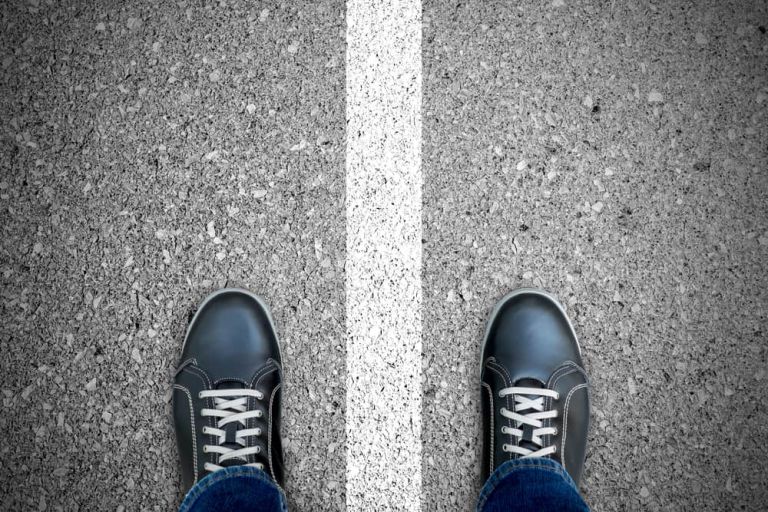 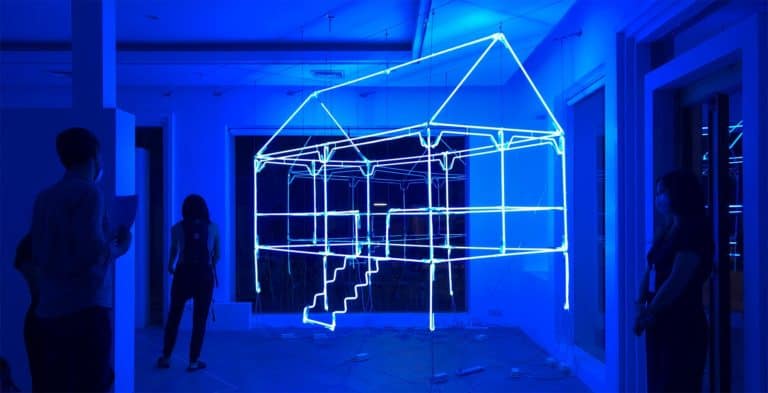