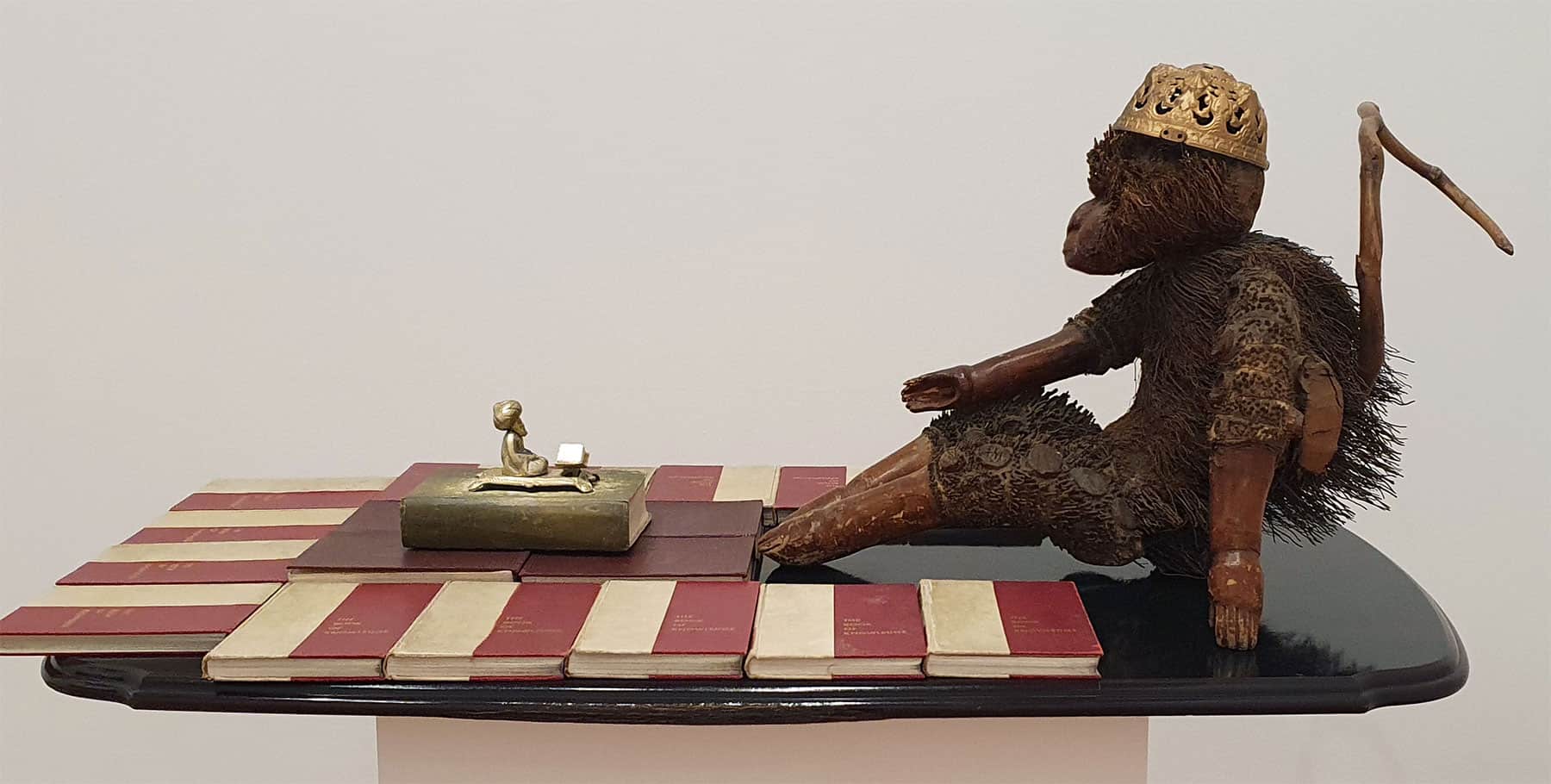 Who is Mohammad Din Mohammad?

Mohammad Din Mohammad (1955-2007) was an artist, traditional healer and silat master. Born in Malacca, he trained as a painter in Nanyang Academy of Fine Arts, subsequently working as a street painter on old Bugis Street. After a motorcycle accident in 1983, he turned to traditional Malay healing practices and herbal medicine under the care of his silat masters. The convergence of his artistic practice and traditional healing resulted in his strong belief in Sufi mysticism, which influenced many aspects of his life and art.

In addition to his expressive artworks which he saw as vehicles of emotional and spiritual power, Mohammad Din, with his wife and fellow artist Hamidah Jalil, collected hundreds of Southeast Asian artefacts, which in Sufi mysticism were embedded with a multitude of meanings. Over four decades, their three-room HDB flat served as their family home, painting studio, traditional healing clinic, and repository for their extensive collection of objects. This included textiles, keris (daggers), medical manuscripts, and precious stones collected from their travels throughout Southeast Asia.

According to Sufi mysticism, all things in the universe are interrelated. Mohammad Din’s works were guided by this view, and he believed in art’s ameliorative and curative potential. In the 1990s, he began developing “The Mystical Approach” through rigorous studies and extensive travels across Malaysia and Indonesia. For Mohammad Din, this was a theory or means of understanding the meaning and spiritual power of objects, woods, minerals and colours.

From 1975 to 1990, he also developed the concept of Galeri Mistik – a museum that would trace the evolution of Islamic aesthetics in the Malay world. Proposed to comprise 118 unique Southeast Asian objects, he lobbied the Government of Malacca to establish a museum to house this collection. Unfortunately, it was unsuccessful, and Galeri Mistik remained in his own collection. Within their flat, Mohammad Din and Hamidah Jalil’s collection of objects were displayed alongside his own paintings and assemblages, generating new associative meanings and becoming the subject of many conversations with his patients.

Later in his practice, Mohammad Din also found inspiration in language and calligraphy. For example, he found beauty in the Alif, the first letter of the Arabic, Persian and Jawi alphabets from which all other letters are derived. To Mohammad Din, the Alif symbolised how a divine beauty could be found in every manifestation despite the infinite diversity of beings and objects in the universe, no matter its size or shape. In 1999, after learning calligraphy from an Iranian master, Mohammad Din also began to make large-scale paintings which incorporated the 28 Arabic letters from sūrah (chapters) of the Quran.

How did he make his work?

Mohammad Din’s practice spanned not only paintings, assemblages and installations, but his entire life and spiritual outlook. His life and art were inextricably intertwined.

His assemblages brought together various materials such as animal skulls, wood, fur, coconut husks and driftwood, as well as antique artifacts such as wayang kulit, gamelan gongs, wooden sculptures and many others imbued with rich mystical and symbolic meaning. Working with found objects was his way of breathing new life into things that seemed to have lost their material worth.

His expressive paintings explored the therapeutic potential of certain colours – for instance, red and yellow, the colours of the sun, could aid digestion, whilst green had the ability to enhance harmony with the environment. Often, his paintings also incorporated objects from his assemblages, whilst his later calligraphic paintings were made through the energetic application of paint onto the canvas with his bare hands, adapting techniques from his silat training and channelling inner energy.

I found it impressive that Mohammad Din’s entire life and practice was so deeply invested in the various sources of knowledge that he drew upon, from Sufi teachings, Malay traditional medicine, silat, and many others. In particular, The Mistaken Ancestor (1994) is a work that coalesces his various interests and his life-long pursuit of knowledge and meaning.

The titular work of the exhibition, The Mistaken Ancestor (1994) is an assemblage featuring a polished brass dervish, a monkey sculpture made of twisting wood and bark, as well as 19 books.

Let’s look at each element individually. Firstly, a dervish is a Sufi seeker of knowledge, and in this work, takes the form of a small seated sculpture reading a miniature Quran. Positioned opposite the small dervish is a comparatively larger monkey, whose body is sculpted from tree bark, tail from wild bamboo. It wears a skull cap made from a lampshade. The monkey, assembled from various repurposed natural materials, seems to represent the manifestation of the dervish’s nafs, or ego.

Surrounding these two figures locked in confrontation, 19 books signifying Al-Ghazali’s Book of Knowledge (Kitab-al-ilm) are laid out. The Book of Knowledge is the foundation of Sufi philosopher Al-Ghazali’s The Revival of the Religious Sciences, and is considered a seminal 11th century text outlining the practice and teachings of Islam. Placing these objects in dialogue, this assemblage looks towards the study of religious and traditional knowledges as a way to access a deeper understanding of the self.

The title, The Mistaken Ancestor, returns some ambiguity to the reading of the artwork: as opposed to one direct source, perhaps knowledge can come from multiple sources. This alludes to the myriad of influences and sensibilities that made up Mohammad Din’s practice – be it assembling found objects with symbolic meaning, painting with silat movements, and even writing Sufi poetry and composing music – ultimately, they were all part of Mohammad Din’s never-ending pursuit of a profound and meaningful life.

Curious to see more of Mohammad Din Mohammad’s works? Something New Must Turn Up: Six Singaporeans After 1965 runs at National Gallery Singapore until 22 August 2021. 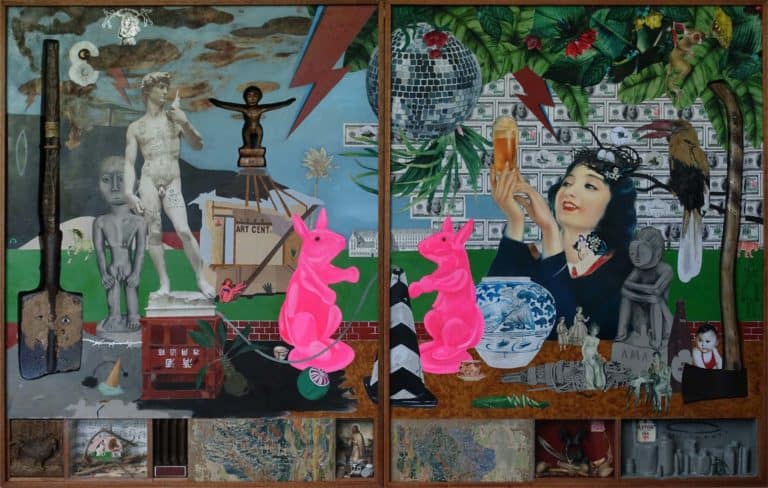 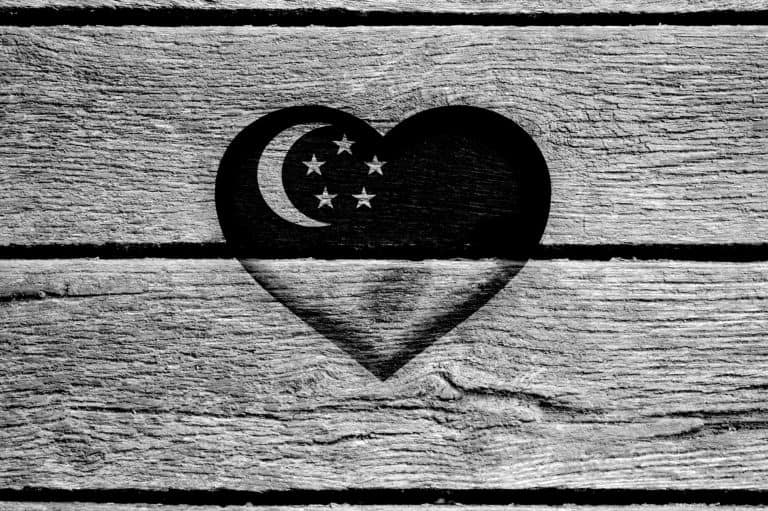 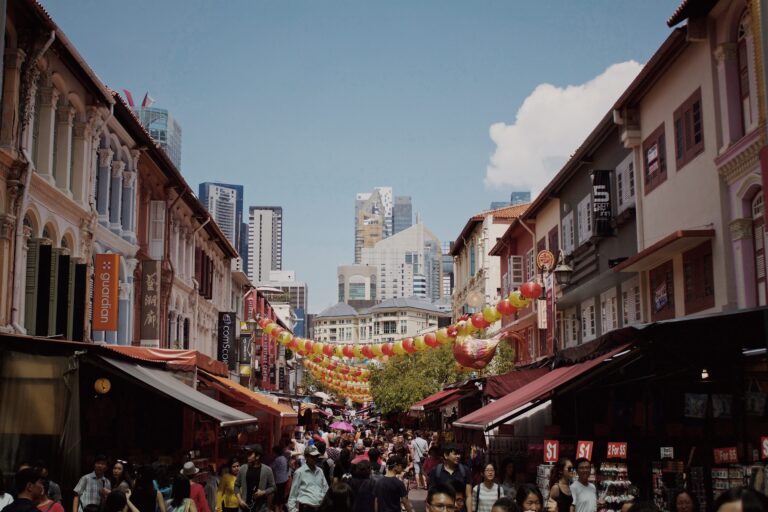