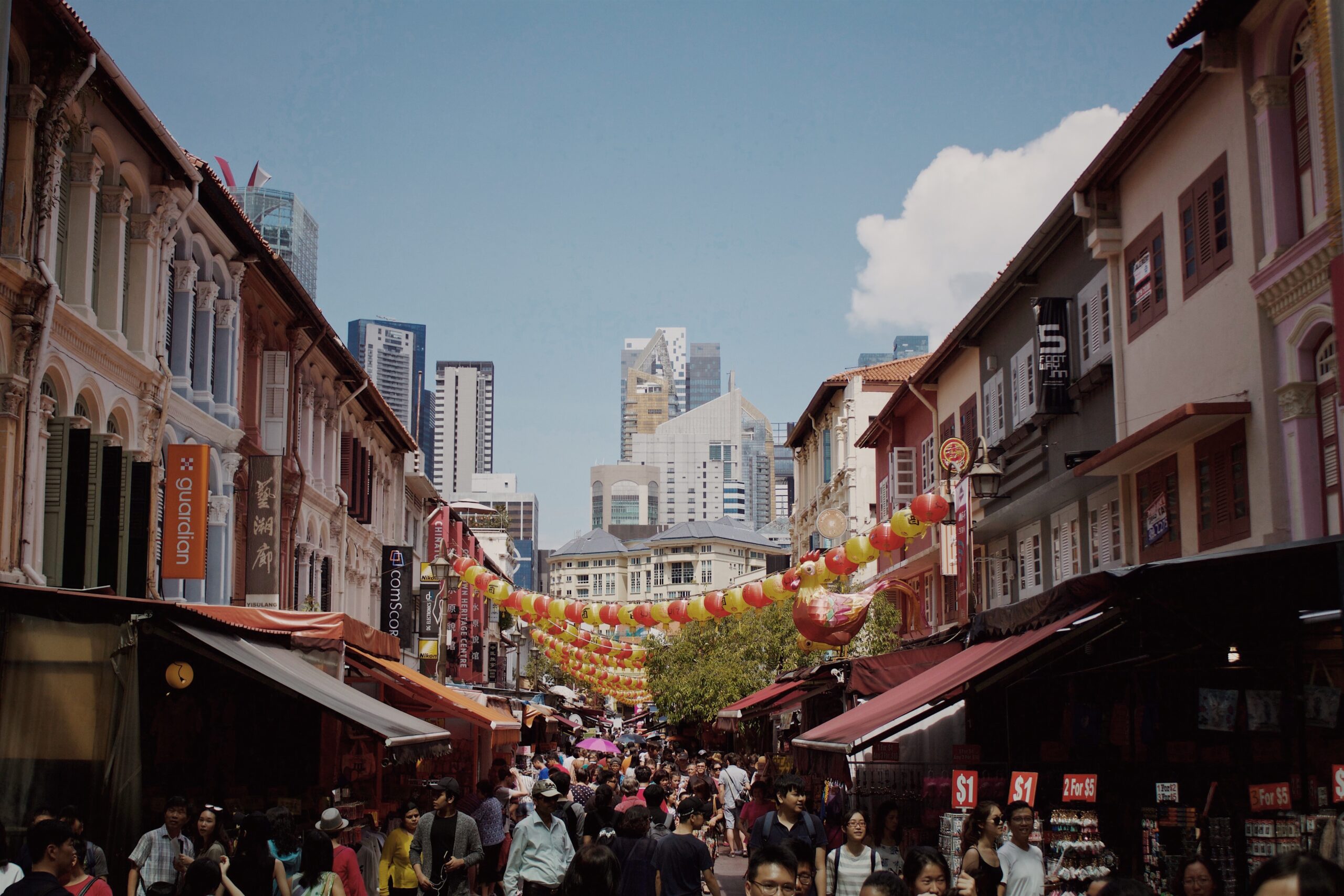 Nestled amongst the streets of Chinatown lies a whimsical mural, bustling with a life of its own. While hunting for the work, my attention was first caught by the image of an uncle leaning out of a third-storey window, pouring tea from a teapot twice his size.

Peeking out onto the road, it drew me into the narrow alley off 30 Temple Street where the large mural resides, forming a gateway to a hidden kopitiam and roadside market.

Originally conceived in 2016 as part of six scenes in Chinatown, this mural entitled Chinatown Market was the fifth in the series, Dreams of Chinatown 牛车水昔日情怀. This was a project conceived and brought to life by the artist, Yip Yew Chong, a Singaporean who uses a wide range of mediums to create works centred around ideas of nostalgia and personal memories. With Chinatown Market, Yip recreates his childhood memories of Chinatown, imbuing the mural with a playful atmosphere.

Over a period of 24 days, Yip created the mural in November 2021, with his hard work and keen eye clearly reflected in the incredible details covering the wall. From afar, the mural gives cause to laugh, with such absurdities as an enormous chicken suspended in a wicker basket. But once we move nearer, the intricacies invite us to linger as we become absorbed into the scene, picking out familiar objects of daily life.

Our eyes drift across the surface, catching the tear-off calendars in the Kopitiam, to a small lizard scuttling up the wall. My favourite part was identifying the items on display at the provision shop, puzzling over those that were unfamiliar and exclaiming over the ikan bilis (dried anchovies) and century eggs.

Beside the provision shop, an abundance of vegetables, fish, and meat are laid out to be sold. Behind lies a monitor lizard locked up securely in a cage. Unlike traditional canvas paintings usually exhibited in museums, murals do not face the constraints and boundaries created by a frame. Yip takes full advantage of this, using perspective and life-sized figures to make the mural part of the alley, as if we are stepping into the past. He goes further by incorporating the familiar sight of laundry poles out of the real windows, blurring the boundaries between art and reality.

Juxtaposed against, or rather, above, the realities of life, hang an oversized chicken and spring onions bundled up in newspapers. Yip injects an air of mischief into his mural, transporting us all at once into a different world. It reminds us not to take life too seriously, that you could be walking around aimlessly, only to suddenly find a chicken dangling above you.

Personal and Historical Memory of Chinatown

While some might question Chinatown’s cultural authenticity, with its increasingly commercialised terrain, the same cannot be said of Chinatown Market. Yip has imbued his personal stories into his art, naming the coffee shop after his father, and drawing his mother into his work, all while relying on his memories of growing up in Chinatown. With buildings continuously demolished, and businesses and people shifting around, little trace of our shared heritage is left outside of the history books.

These scenes of daily life might not be celebrated in social studies classes, but it is an integral part of Singapore’s history. Artworks such as this mural bring us back to our roots through alternative methods of recording historical memory.

Yip provides a vibrant interpretation of the past, instead of merely describing a market or the thriving businesses practised in the five-foot ways. The practices that remain in our present-day connect us to our history, from the simple act of propping one foot up on our chair, to the ducks dangling from hooks. Although our physical environment might have altered beyond recognition, some familiar aspects remain, creating a sense of nostalgia for a not-too-distant past.

The mural invites us into this shared memory, with the empty chairs and half-eaten meals beckoning to viewers. History is not simply a series of chronological events, but a never-ending overlap of the past and present, captured in such moments of interaction.

This series was aptly named, reviving the dreams and past realities of Chinatown vividly in our imagination. What was once merely an alleyway connecting streets has taken on a life of its own, becoming a bustling lane of everyday life. 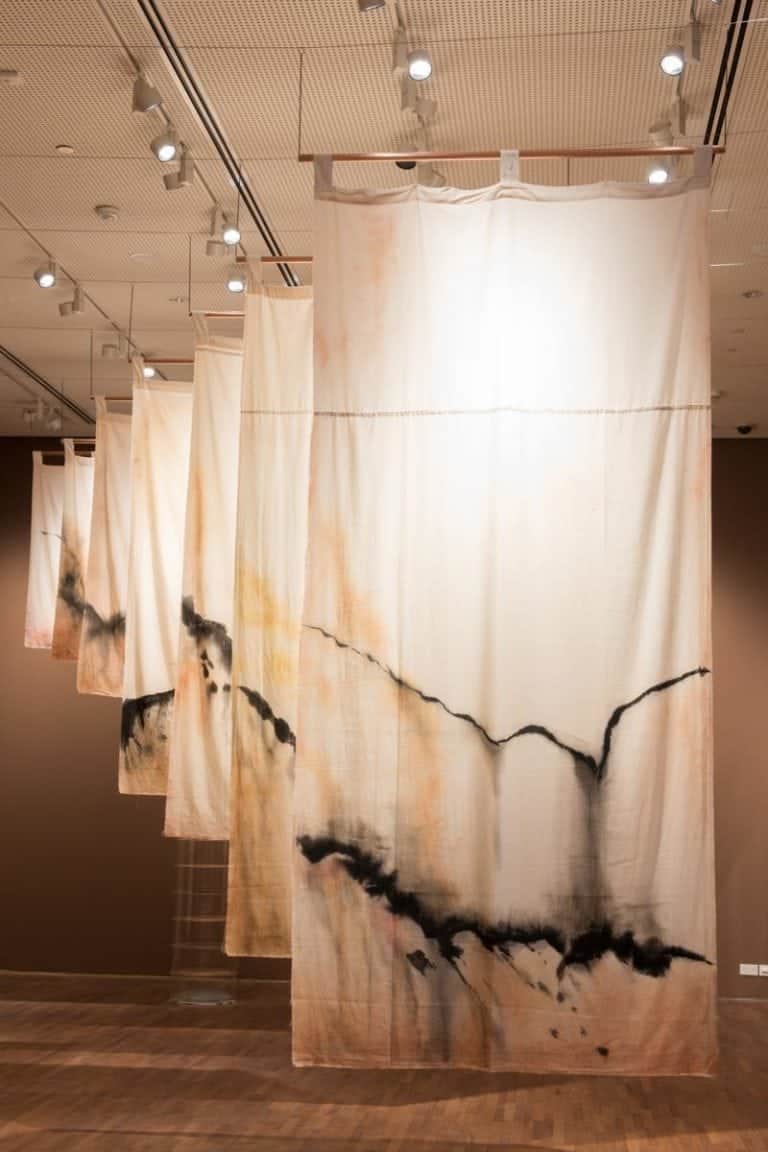 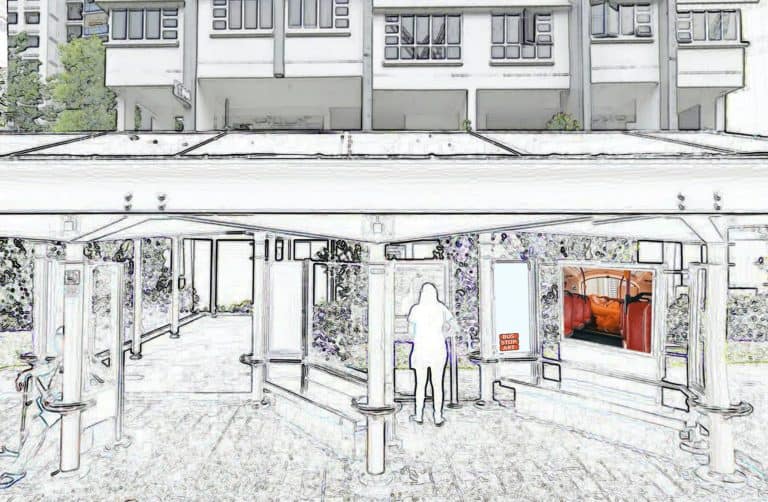 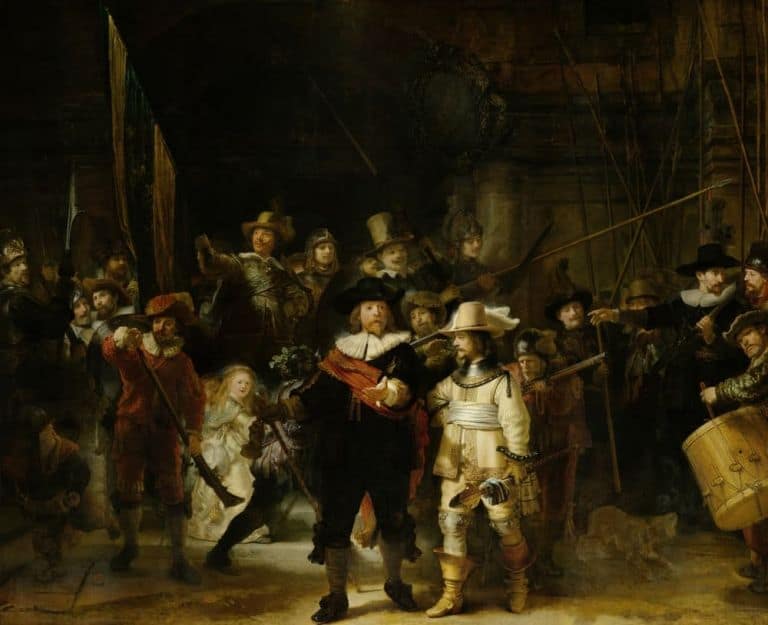 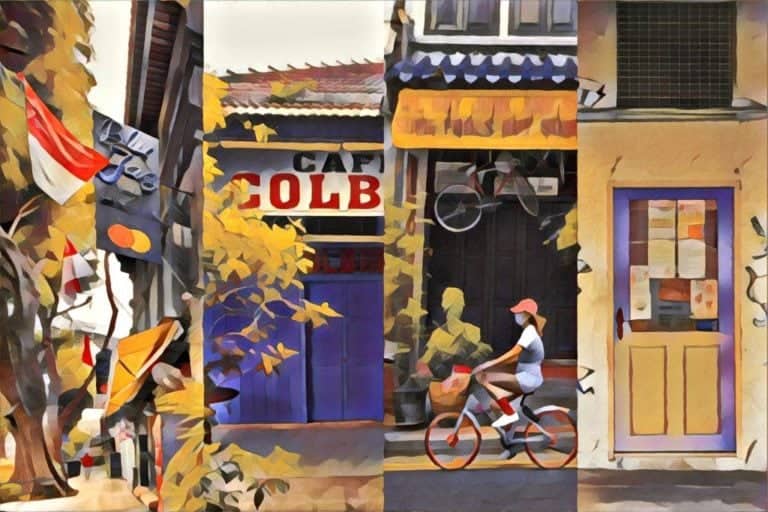