A friendly face and self-proclaimed history nerd, Dustin Ancheta begins his tour of the Philippines National Museum of Fine Arts by telling me that this is, alas, the least popular of all the tours he offers in his tour agency Manila for a Day.

And so we already have a story worth digging into.

Amongst the many different ways to learn about Manila, why is art the path least traveled—both by Filipinos and visitors? One would think that the name of the tour, National Treasures, should entice in itself!

Here are the treasured pieces of a nation—salvaged, preserved, and woven together to tell the grand narrative of a country which was once chained by 300 years of colonial rule, and bloodied by revolutions and wars.

And yet, there seems to be an unsettling silence surrounding the visual vestiges of this complicated past.

Before diving into the art on display, Dustin describes the space where we stand. Known as the Old Legislative Building, the National Museum of Fine Arts belongs to a complex of government structures built during the American colonial period (1898 – 1946). Dustin says that the structures of this era were created to physically “dwarf” the Filipino people. Indeed, I feel small in this grand, neoclassical building.

Corinthian-style columns neatly line up around me as intricate Renaissance motifs adorn the ceilings above me. These hollow, symmetrical halls feel cold and detached from the noise and disjointed landscapes of present-day Manila, plagued with bumper-to-bumper traffic and cluttered with crude shanties:

Nonetheless, while I am boxed within the foreign form of the National Museum of Fine Arts I start to see the shadows of our colonial history cast before me.

The story of Philippine art as told by Dustin opens with Juan Luna’s massive Spoliarium (1884):

Disrupting the clean, cream-toned walls of the Old House of Representatives Session Hall, a dark, massive painting zooms in on the brutal aftermath of a gladiator match—or, as Dustin calls it, the “garbage dump” of the Roman Colosseum:

Here, dead bodies are hauled as the gladiators’ armour are auctioned off to bloodthirsty spectators. Luna’s romantic style—charged brush strokes, dramatic lighting, and emotive expressions—bring urgency and life to an otherwise alien scene, where flesh and blood still look fresh even over a century after the painting’s execution. Here lies the most iconic piece of Philippine art, foreign in every aspect—subject matter, art movement, and even in the award which was later accorded to it.

Strip away the symbolism imposed on it, and the single most revolutionary thing about Spoliarium is that a Filipino painted it.

In discussing Luna’s Spoliarium, Dustin sticks to the hard facts. He glides over urban legends—a weeping woman in the painting, resembling the shape of the Philippines, for instance—and moves straight to what’s written in historical records. In his speech celebrating Spoliarium’s Gold Medal win in the Madrid Art Exposition of 1884, national hero Jose Rizal praised the work for symbolising how the Filipino native (or indio)—once unclean and uncivilised to the Spaniards—could not only equal his colonial masters but rise above them in the highbrow world of art.

We move on to look at works by unknown artists which mark the religious art which was popular from the 17th to the 19th centuries. The Spanish controlled the art of this period through the tight grip of the Catholic faith—art was produced in order to adorn the churches, anything else was deemed to be heretic. A quick walk through the museum’s galleries of Christian iconography may give the impression of soulless, homogeneous renditions of the same tired subjects:

A closer, longer look at some of these works, however, reveals interesting details and ways of thinking.

Boxed within the fortress of religion, the psyche and values of the Filipino people of the time seep through. In this sea of anonymity, the artist’s ego fades into the background and spotlights shine on key religious events such as the crucifixion of Christ, the veneration of Mother Mary, the bond of the Holy Family, and the devotion of the saints.

Amidst light-skinned Christian idols, Dustin points to the temptation of St. Anthony:

In this work, the devil lurking beside him to the right is small and dark-skinned, much like the natives of the land. Dustin believes this little detail could reflect a “seeding of doubt” within the Filipino conscience.

For 300 years, Filipinos had been controlled via the spell of morality, by being told to forget what our ancestors believed and that their practices were wrong.  By contrast, only the Roman Catholic Church offered the Truth. And so we began to doubt ourselves—paintings such as San Antonio Abad could have made Filipinos think that as long as we wore the skin of our forefathers, we were inherently sinful and in need of constant purification.

Next, we enter a story stained with sin in the gallery Los Dos Pintores Juan Luna Y Felix Hidalgo (Collection of Paintings of Juan Luna and Felix Resurreccion Hidalgo):

Here, we see the deep flaws of Juan Luna—both in his work and his personal life. Exhibited against his “frenemy” Felix Resurreccion Hidalgo—another famed painter of the late 19th century acclaimed for his refined skill but criticised for the flat emotion in his work—the studies of Luna reflect his attempts to grasp perfect academic discipline. Luna seems to adhere to clean strokes and symmetrical perspectives on one wall—yet on others, his works are rough, unbalanced, unfinished.

Dustin stops in front of Luna’s Portrait of A Lady, where a delicate woman holds a rosary in bed as her breast lies exposed and blemished:

The lady in question is generally thought of as being Luna’s wife Paz Pardo de Tavera who he adored, but, in a fit of rage, murdered in their home in Paris. Luna allegedly played the insanity card in getting away with this “crime of passion” under the French court system. According to Dustin, what ultimately served as his defence was the fact that he was still seen as a barbaric, uncivilised Other in the eyes of the Europeans.

World War II and Beyond

We then jump into the dark, brutal events of the Second World War as seen through the lens of Fernando Amorsolo:

Known for embodying the principles of academicism, Amorsolo paints painful scenes of buildings crumbling and schools burning down. In the painting above, we see the city suffering the bloody Battle of Manila in 1945—and yet, everything still looks serene and beautiful, framed like a postcard with perfect lighting cast upon each wretched memory.

This was the kind of art that seemed to dominate the period of American colonisation. We witness more of Amorsolo’s sense of aesthetics inside a room of portraits he was commissioned to paint: politicians, matriarchs, historical figures—essentially, anyone with status or wealth:

Time may have moved on, but this room echoes similar themes to the religious art of the Spanish colonial era — these pictures were painted under the demands of power as well.

Dustin does not dwell on the works of the post-war period but walking through the gallery Pillars of Philippine Modernism, I see in essence the same story. This time, instead of the religious or the rich, Western modernism is dictating to us how to paint and sculpt.

We have Fauvism, Cubism, and Abstract Expressionism displayed altogether like one big wave storming the Philippine art world. Amidst modern artists that trained in art schools abroad, Carlos “Botong” Francisco remained rooted in his hometown within the province of Angono, painting Philippine folk narratives in vivid, psychedelic colours:

Dustin takes us to Francisco’s monumental work Filipino Struggles Through History, and I find myself standing before three vast walls which tell one fluid story:

As the title of this huge work suggests, Philippine history as told by Francisco begins and ends in a struggle. The faces and skin colours of its antagonists change, but the resistance against their chains remains the same.

Set in a French café and executed in an Impressionist manner, the painting brings us back to where we began—faced with an alien scene, a foreign form. But instead of the blood and gore present in Spoliarium, an invisible air of tension between the woman, ostensibly a prostitute, in the foreground and the three men waiting in the background takes centre stage. We are left pondering the meaning of this aloof image and what it could symbolise to the ordinary Filipino. Parisian Life does not seem to tell a fixed and finished story—instead, it anticipates one beginning to unfold.

Starting and ending with Luna, Dustin tells the story of Philippine art history in a circular fashion rather than in the more traditional linear progression. And thus, the eponymous “treasures” of his tour, are no longer dusty relics of the past detached from our everyday lives. Instead, they become mirrors reflecting the glaring realities of today and the boxes which contemporary Filipinos still wrestle to break free from—but ultimately, are forced to work within.

Dwarfed by foreign aesthetics in the media, cursed with the desire to seek overseas validation, blinded by black and white “gospel truths” proclaimed by religious leaders, and walled within the stiff and illusive facades of politicians and the elite—the contemporary Filipino inherits the same boxes that contained the unknown producers of religious art, the Lunas, the Amorsolos, and the Franciscos.

Looking to the art left behind by these personalities, we are reminded that even within the darkest corners of tightly sealed boxes, we can create.

And so I leave the National Museum thinking that the story Dustin shared with me, was not new. I had heard bits of it growing up, like pieces of a strange puzzle, but was left to put everything together on my own.

The key revelation on this tour is the one vital truth I always seem to forget—that I am rooted in this story. 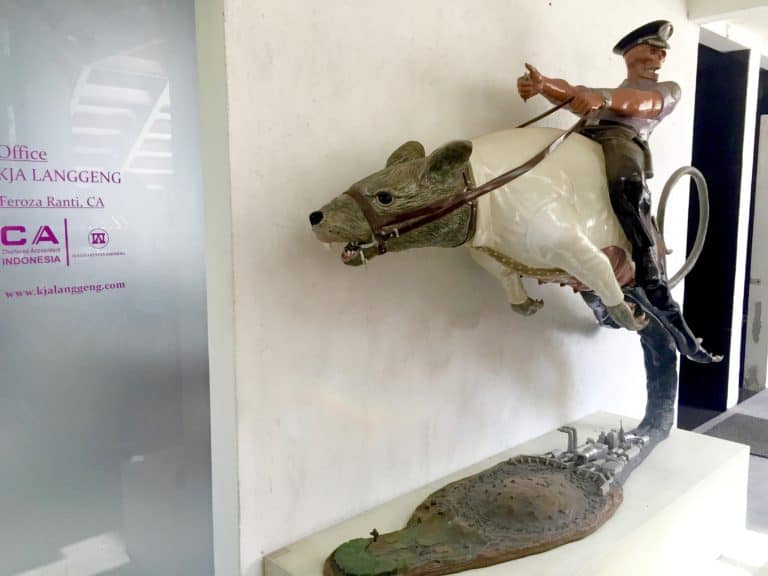 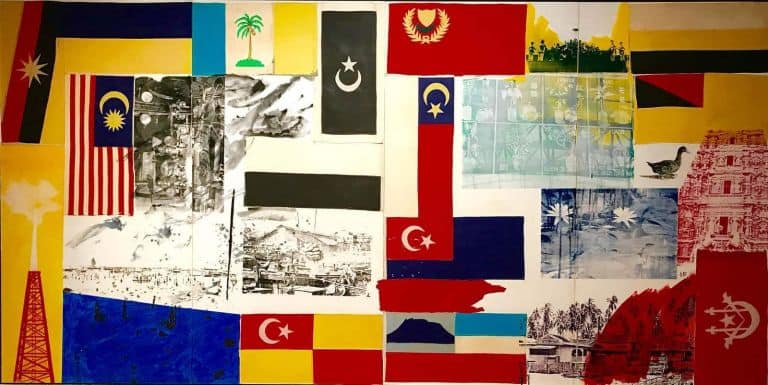 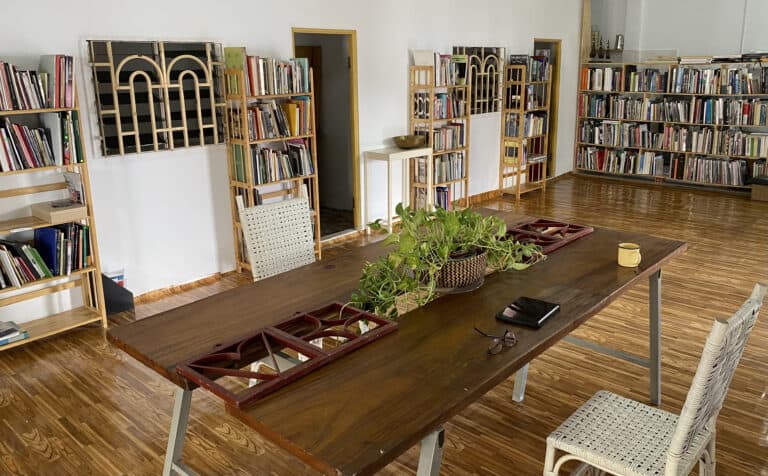 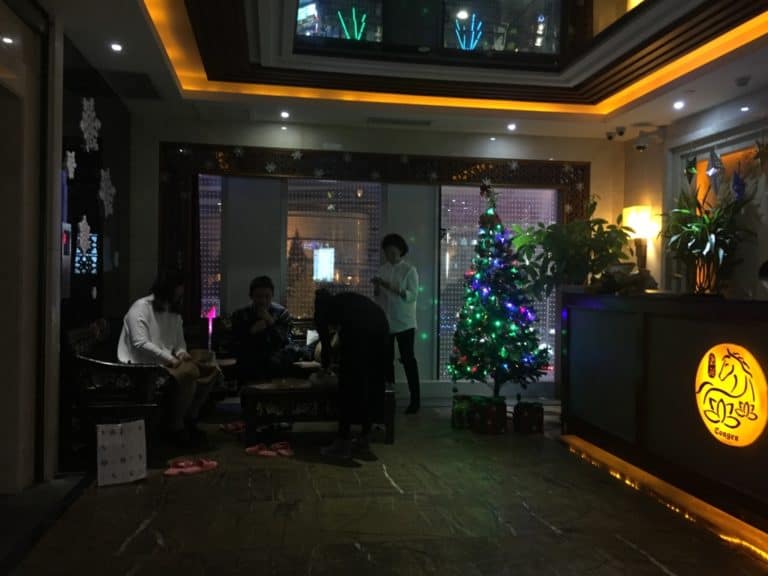