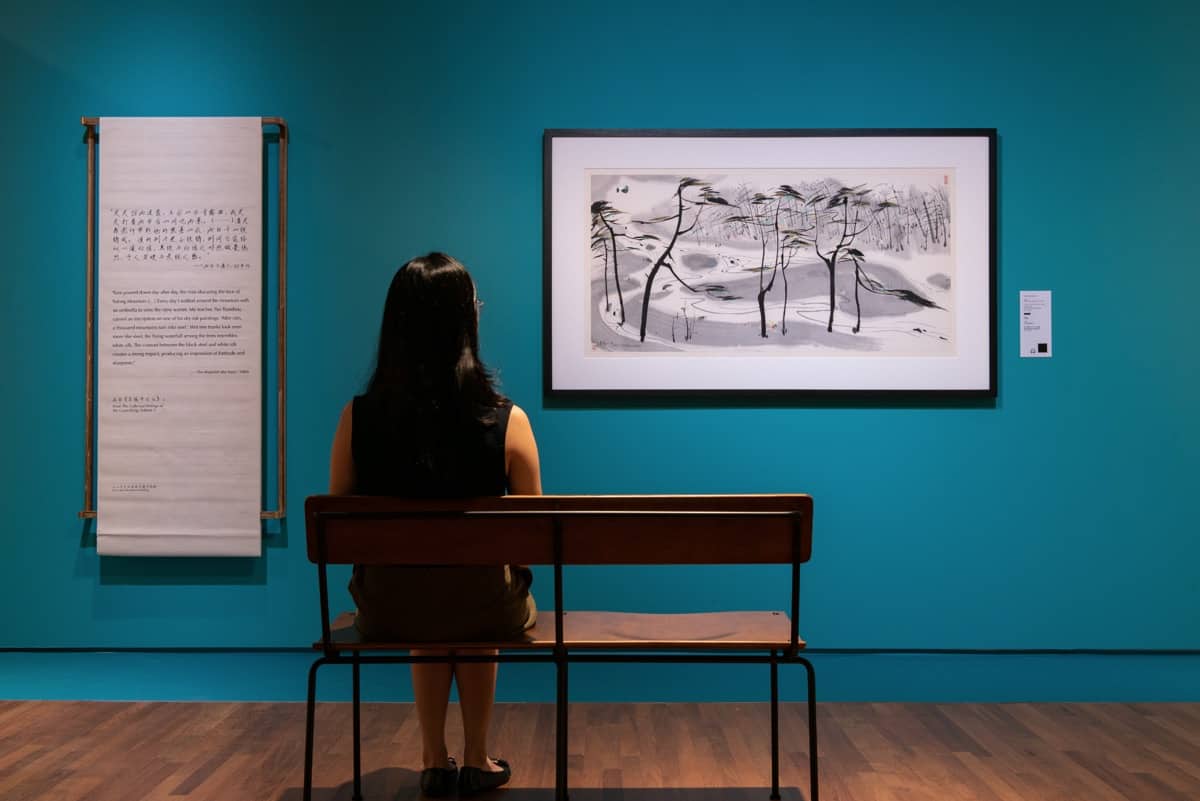 Since its inauguration in 2015, the National Gallery Singapore has held two exhibitions on artist Wu Guanzhong. To commemorate the centennial year of Wu’s birth in 1919, the Gallery is now presenting its third exhibition: Wu Guanzhong: Expressions of Pen & Palette. Despite being a great fan, I could not help but wonder if I could still be surprised by yet another Wu Guanzhong exhibition.

However, pleasantly surprised I was.

As a modern ink lover, I am more familiar with Wu’s distinctive ink works. Out of the 46 works featured in this exhibition, 31 were oil paintings, 14 were Chinese ink works and one was a watercolour. Categorised into seven thematic sections, My Land, Jiangnan, The Journey, Beyond the Image, Nudes in Twilight, New Rhythms of Tradition, and Landscapes of Life, the choice of works presented a broader array of Wu Guanzhong’s repertoire, providing fresh perspectives which I really appreciated.

Perhaps some of us know that Wu Guanzhong was both a prolific artist and a prolific writer, but fewer of us would have read Wu’s writings. Although Wu’s literary and art theoretical writings were anthologised in a nine-volume publication (Wu Guanzhong Quan Ji 吴冠中全集) in 2007, they remained inaccessible to non-Chinese speaking readers. Wu Guanzhong: Expressions of Pen & Palette will mark the very first time that many of us can read about Wu’s thoughts, translated into English!

Wu’s writings are not just windows to his ideas but are also historically significant. The publication of the essays Formalistic Aesthetics in Painting (hui hua de xing shi mei绘画的形式美), About the Beauty of Abstraction (guan yu chou xiang mei关于抽象美), and Content Determines Form (nei rong jue ding xing shi内容决定形式) from 1979 to 1981, where Wu proclaimed that abstract beauty should be at the core of artistic creation, has been deemed by academic Hung Wu (in his essay Transcending The East/West Dichotomy: A Short History of Contemporary Chinese Ink Painting) to be one of the three art historical milestones in the 1980s, which sparked critical reflections on the state of traditional ink paintings.

(The other two milestones were Liu Kuo-sung’s solo exhibition in China in 1983 and the publication of the essay My View on Contemporary Chinese Painting (dang dai zhong guo hua zhi wo jian当代中国画之我见)  in 1985 by Li Xiaoshan.)

In this exhibition, Wu’s paintings were shown in dialogue with extracts from his writing. As a modern ink geek, I had read several of Wu’s key essays during the course of my own research and I was half expecting to see these oft-quoted writings to be quoted yet again.

To my delight, the quotes selected were fresh and presented insights into a more personal side of Wu. I was particularly touched by the quote from Records of Paris written in 1989 when Wu revisited Paris after 40 years. While reading Wu’s words and then viewing A Bridge over the River Seine (1989), I could feel the poignancy of the work, deeply:

Throughout the exhibition, carefully selected quotes, presented in both English and Chinese, offered insights into the inspiration behind Wu’s paintings. This rare opportunity to view Wu’s works concurrently with relevant parts of his literature enabled me to gain a deeper understanding of the works which I would not have otherwise appreciated.

Wu Guanzhong was a special friend to Singapore.

In 2008, he donated 113 works to the national collection of Singapore, the largest and most comprehensive donation of his works ever made to a public museum. At the time, the works were valued at approximately S$73.7 million, representing the highest valued donation of artworks to any museum in Singapore.

Over the years, further donations from Wu’s family and collectors have augmented the number of Wu Guanzhong works in our national collection to a total of 128.

With the great privilege of being the guardian of this generous donation, comes the immense responsibility to promote research and widen the reach of these exquisite works. The constant efforts by the Gallery to present Wu’s works in fresh ways to engage viewers have certainly made Singapore worthy of such a precious gift.

Wu Guanzhong: Expressions of Pen & Palette is the equivalent of slow food in a twitter era – it demands and affords time for reflection and contemplation. Visitors are invited to sit on comfortable benches which are strategically placed in the gallery, in order to contemplate, engage with, and savour the works.

The vibrations of the colours on the canvas, the sweeps of Wu’s brush, and the contours of his lines on paper record Wu’s beliefs, perceptions and sensations of the world. To me, Wu’s most compelling works have always been the ones that look ‘easy’ to paint, like White Clouds on White Walls (2002) and Childhood (2003):

In spite of their simple compositions and muted colours, these works are alive.

They both prise open the world and draw it together, in one and the same movement. In my younger and more foolish days as an amateur painter, I had attempted to replicate these works only to find that I could only copy their form but not their ‘feeling.’

Now, armed with an art history masters degree, I realised the ‘feeling’ is the yijing(意境), or (roughly speaking) ‘artistic mood,’ that everyone talks about when they refer to Chinese paintings. Standing (or sitting comfortably on the bench) in front of these works, one gets transported in space and in time, through the vision of Wu. This is the yijing– it cannot be verbalized; it can only be experienced. (Or more elegantly expressed in Chinese, yijing zhi ke yi hui, bu ke yan yu意境只可意会, 不可言语.)

If the most rewarding museum experience is one which involves a kind of communion between the visitor and the works, Wu Guanzhong: Expressions of Pen & Palette delivers in spades.

I headed back out into the chaos and car horns of North Bridge Road knowing that I would be back soon to savour these masterpieces once more.

I hope to see you there too.

Wu Guanzhong: Expressions of Pen & Palette is on at the National Gallery Singapore till 29 September 2019. 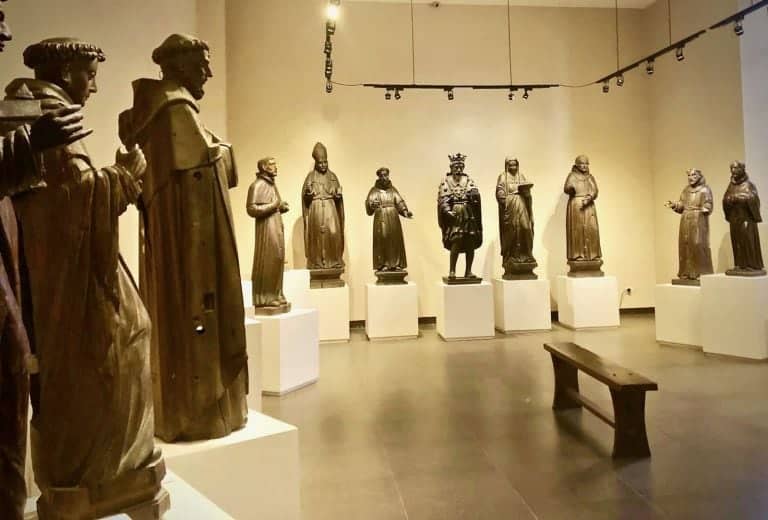 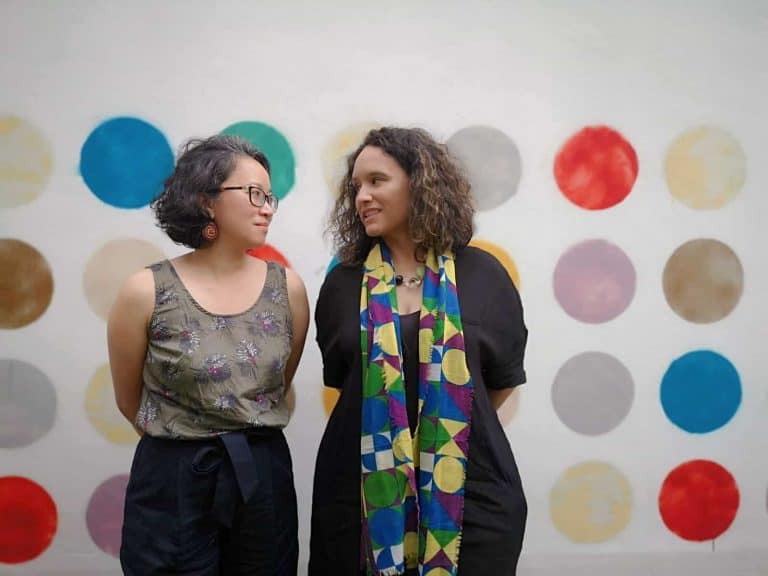 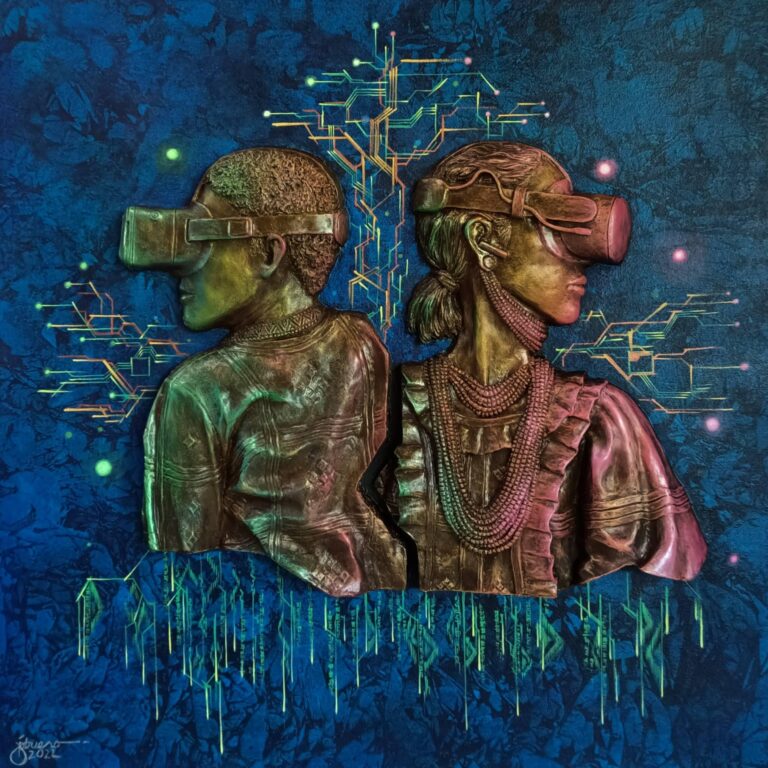