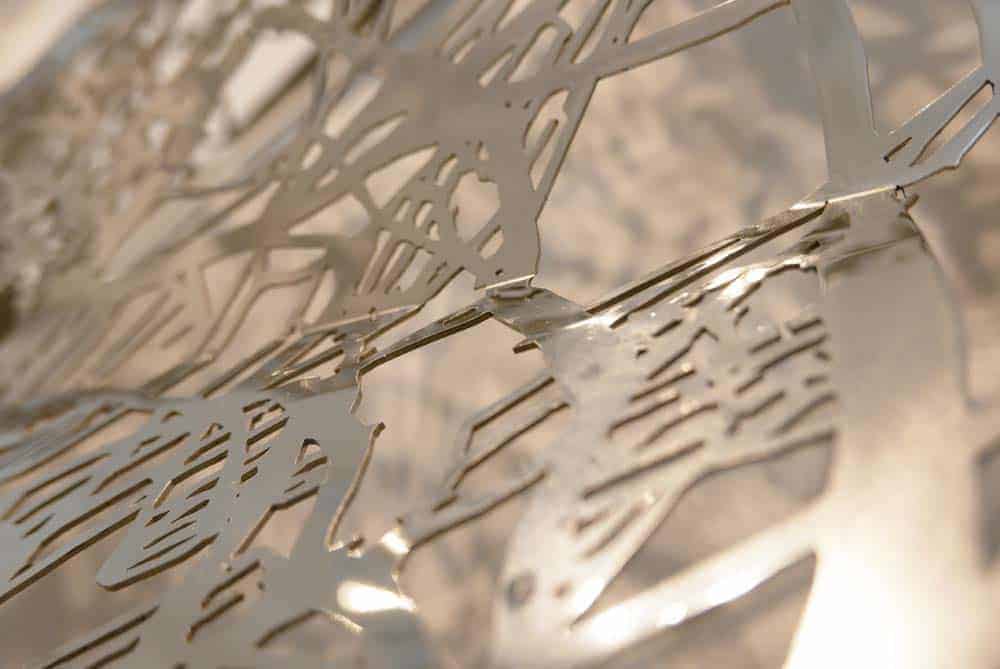 How many introverts does it take to conduct a successful handshake? At Richard Koh Fine Art (Singapore), where we have arranged to interview artist Melissa Tan and her husband, I reach out to shake the artist’s hand in greeting. We get interrupted so we retract, and awkwardly try again – but withdraw at the last moment with mutually mumbled apologies. Oh well, I guess the answer’s not two – at least, not the two of us.

Where Melissa is shy and soft-spoken, her husband, gallery director Christiaan Haridas, appears more outspoken and approachable. But they are really two peas in a pod, from the way in which they both welcome us kindly into the space, down to their similar pairings of white tops and blue jeans for this occasion. (And for you, dear readers, who have often seen them in matching outfits and wondered if they coordinate their dressing, the couple revealed that they do not in fact do so – though their penchant for similar styles and colour palettes may come across that way.)

Here we stand, humans amidst a space that is almost extra-terrestrial in the way that the walls are adorned with the artist’s intricately laser-cut metal sculptures. Gleaming asteroidal shapes protrude from the gallery’s white walls, where webs of lines skitter across their multi-faceted mirror-finished surfaces. They map a logic that one senses exists, but cannot decode, and in that moment it makes sense that the artist’s reply as to whether she believes in aliens is a contemplative, “Yes… Why not?”

Every aspect of the sculptural forms that surround us embodies an industrial, inhumanly artificial feel, such that even the parts that resemble natural stone are in fact replicated using synthetic resin. What results is a sense of the celestial, albeit one where the deities are perhaps half-alien, half-robot; all mystery.

As we attempt to parse the language of the lines running across the stones’ immaculately polished facets, Christiaan candidly reveals that it was in fact he who had helped polish them to their state of mirror shine. Is this sort of task par for the course in his job as a gallerist, or more the purview of an artist’s devoted husband, we wonder? It led us to ask Christiaan how working at the same gallery that represents his artist wife has been like for him.

With a thoughtful expression on his face, he shares, “Well, people will usually say, ‘Oh, Chris, you’re very knowledgeable about the works!’ Then I reveal that I’m the husband!” Indeed, he shares that working with Melissa has him more involved than usual, behind the scenes. “I even know her exact supplier and where they are located,” he boasts.

As if proving his point, he takes us through Melissa’s latest body of work, where each sculpture is named after a goddess from various mythological pantheons. He shares that the folds in each sculpture are not random, but derived from a star map that tracks a specific asteroid’s trajectory in the sky. “Because of this, each piece becomes almost like a keystone that one might use to locate the asteroids in specific timeframes,” Melissa continues. The specificity of the folds become an entry point into the identity of the stone.

This new series of works seems a natural development for Melissa’s artistic practice. Being an avid fan of science fiction and geography has led her to explore asteroids and space in much of her work. But while her previous work centred around the mediums of drawing and papercut structures – even when they approached three-dimensionality in the complexity of their layers – this is the first time that she has picked up digital programmes such as Rhino, SketchUp, and Autocad. She sees working with these software as a natural next step in her process, as they help her to have more control over the metal that she has progressively been adding to her work over the years.

Though she admits that learning how to work with these programmes has been a steep learning curve, she also appreciates the similarities that they bear to the style of drawing and paper cut that she is known for. “Actually, when I work with all (these programmes) and I tweak all the line work, it’s a bit like drawing but in a different form… it’s a very similar process,” she shares. She sees the process of translation in her works, be it in shifting her mediums, or changing shapes to sound, as just one way for her to look at things from different perspectives.

Her interest in exploring alternate viewpoints is also evident when she speaks of the mythologies that inspire her current series of work. Apart from the titular piece of the show, every other work in Under the Arched Sky is named after a Greek goddess. And where one might think that science and mythology may not be natural bedfellows, Melissa borrows from both genres to create fresh narratives and interpretations in her artistic practice.

For instance, she says that while many films about Persephone reinforce her lack of autonomy, she has come across alternative interpretations that depict the goddess as having control over her own fate as well. To reflect these goddesses’ storied personalities and the conflicting interpretations of them, Melissa hand-casted swirling resin that lay between the metal sheets of each sculpture. The one titled Proserpina – Latin for Persephone – is represented by a deep, wine-like crimson that reflects her position as goddess of fertility, wine and agriculture. It is a pulsing colour that certainly refutes the prevailing notions of Persephone as a shrinking violet incapable of choice.

As for the artist, she’s set her sights on public sculpture as her next frontier, because she sees it as the next logical step in her constant drive to break new ground in her practice. Having learnt to work industrial materials such as metal and resin, she hopes to continue her research and experiments with these materials.

Christiaan, on the other hand, looks forward to helping to expand the gallery. Considering that they work so closely together, it would not be hard to imagine that one’s success is also the other’s. It is clear that Christiaan has a deep connection and knowledge of Melissa’s practice, such that even Melissa considers him an integral part of her artistic process. She describes Christiaan as her primary sounding board, one of her few confidants with whom she would frequently discuss her ideas.

But what does home life look like when your spouse is also the one who has to chase you about timelines and helps to sell your work? Christiaan shares that the couple allocates one day of the week where they don’t talk about art at all, but instead, engage in their other hobbies, such as eSports. “With both of us being in the arts, sometimes (too much) talking takes a toll on the relationship. So, we need to have a separation (between art and our relationship) too”.

Despite this, one thing remains clear: the couple remains each other’s constants whether in art or in life, . It’s evident that they are devoted to supporting each other in their professional and personal goals, and that the two are, inextricably, intertwined. And in this space where the alien is wrought from Melissa’s human hands, it feels conceivable that they can take on anything, together. 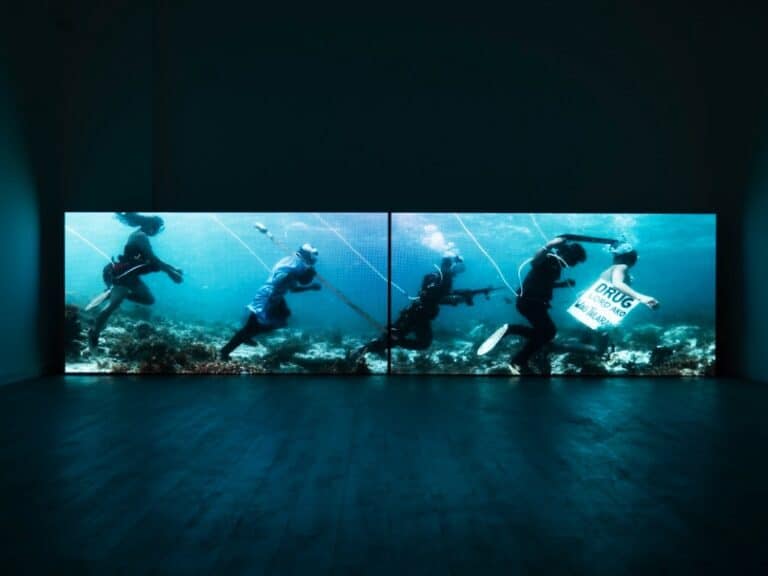 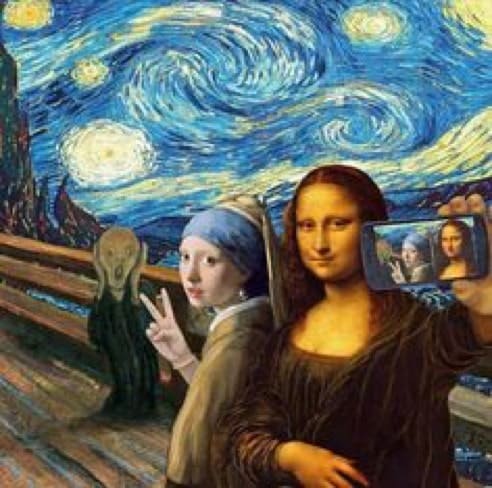 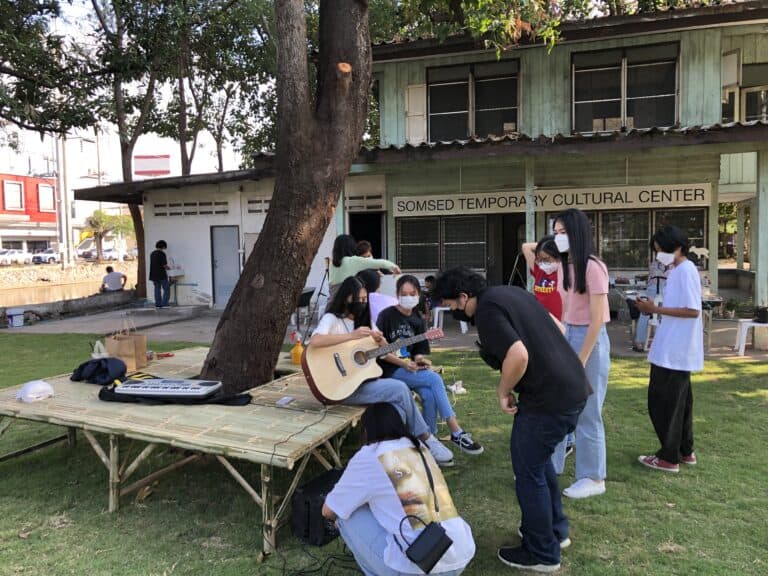 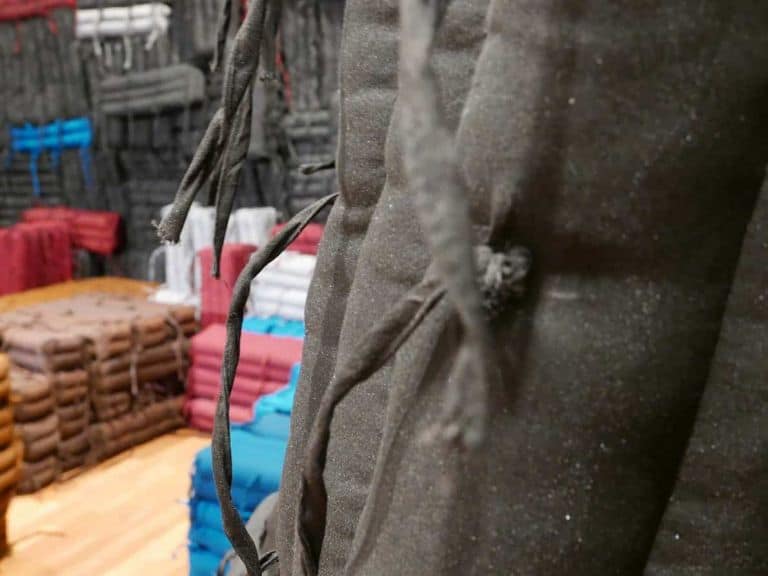