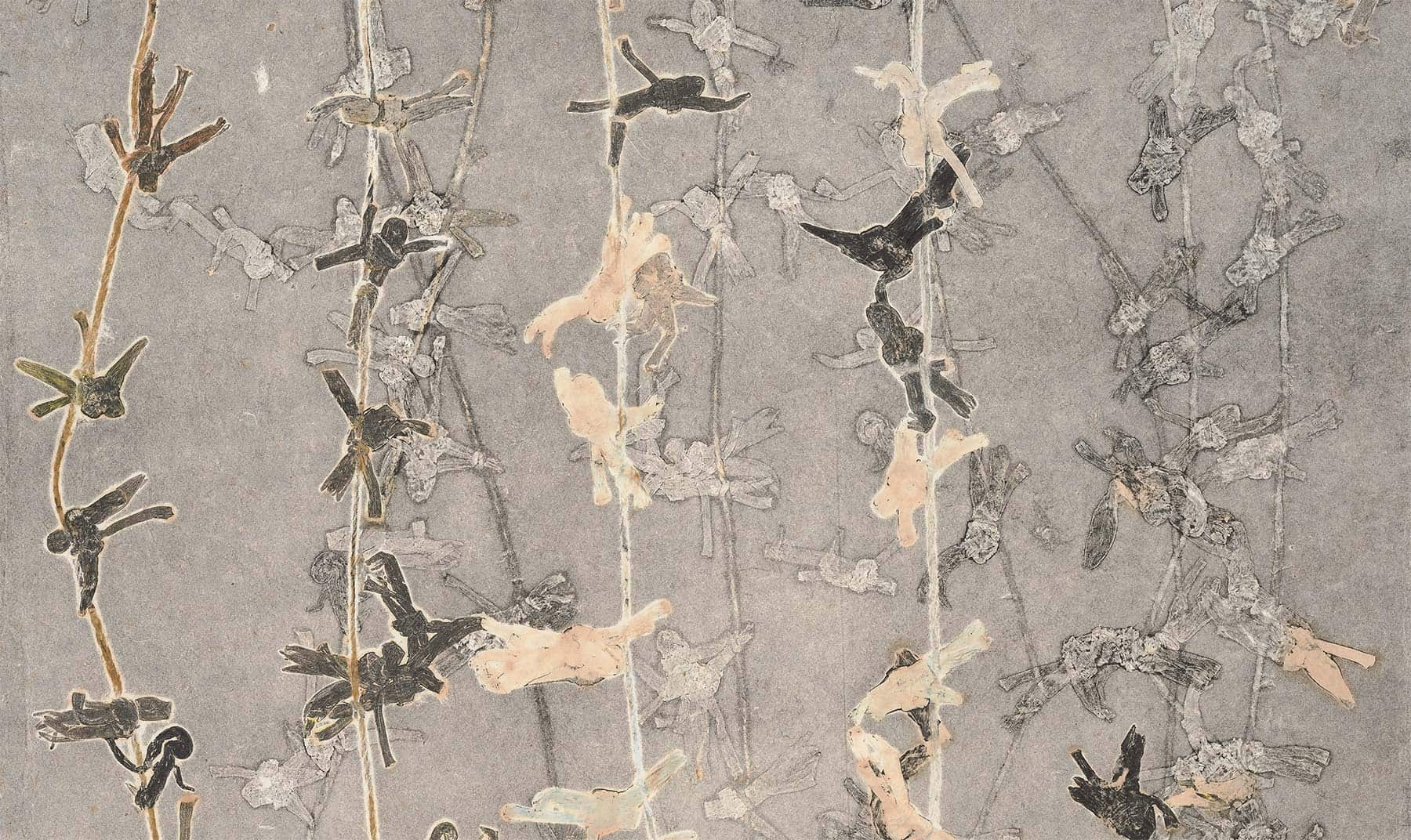 Who is Chng Seok Tin?

Although she specialised in printmaking, Chng Seok Tin (1946–2019) was a highly regarded artist who worked across many different mediums. Born in 1946, she trained in Singapore, United Kingdom, France and United States, subsequently heading the printmaking department at the Lasalle-SIA College of the Arts in 1986. In 2005, Chng received the Cultural Medallion for her contributions to visual arts in Singapore. She was known for her innovative and skilful approaches to printmaking as well as her fervent love for writing, in her practice that spanned over four decades.

Significantly, after a serious accident in August 1988, Chng underwent surgery to remove a brain abscess. In the process, she lost 90% of her eyesight. I don’t know about you, but if I became almost completely blind, I wouldn’t know how to continue making art – let alone continue printmaking, a medium that relies so heavily on detail, colour and technique. It’s hence remarkable how, after a year of isolation and frustration, Chng emerged with a newfound energy, demonstrating that even without full vision, she wielded strong technical skill and an instinctive feel for colour. Her later works also incorporated other unconventional materials and took on sculptural and installation forms, as she devised new ways of art-making with her visual impairment.

Drawn to the beauty of the natural world, Chng’s earlier works were gestural impressions of landscapes of Hull, United Kingdom, where she was a student from 1976 to 1979, as well as the terrains of New Mexico and Iowa in the United States, where she studied from 1981 to 1985. In particular, water captured her interest, and she made numerous beautiful etchings of flowing water to attempt to capture its essential nature.

Another key subject in Chng’s works was the human figure. She used the human figure both as an aesthetic form as well as a means of expression across different artistic mediums. Multiple human figures feature in some of her works where she depicted the intensity of high-rise living, urbanised buildings, alongside the motif of climbing. For Chng, climbing was a metaphor for a society consumed by greed and materialism, caught in a frenzy of upward movement. It also reflects her own journey as an artist, struggling to adapt and work with her visual impairment.

Her later works explored the human condition, incorporating Chinese philosophical concepts as well as Chinese literature into her sculpture and installation works. She also felt strongly about human, social and environmental issues, and contemplated the fragility of existence. In her words:

Much like the other artists in this show, Chng’s practice resists being confined within a specific medium. Whilst she was trained technically in printmaking, Chng explored a range of mediums, materials and techniques throughout her practice. Her earlier works comprised of detailed sketches in ink, pencil, marker, as well as various print techniques ranging from sugarlift etching to monoprint.

After her visual impairment, Chng shifted from fine etching to methods that focused more on touch rather than sight, such as drypoint, woodblock printing, relief collage, as well as sculpture. Her installations took on a variety of forms and included materials such as papier-mâché spheres, printed fabric, electric fans, giant chess boards and even dried lily buds.

In many of Chng’s works, she uses the human form to allude to larger existential questions of humanity. For example, in Rolling Red Dust (2006-8), silhouettes of human figures in motion dance and float on the red banners, each embodying a particular state of being. The 100 red banners and the human figures refer to the Chinese phrase 人生百态, which roughly translates to the hundred states of mankind.

These figures also recur in Chng’s other works, where they are rendered in papier-mâché figures and sculptural forms. However, I was particularly interested in one form that these figures took – through an unexpected object.

Can you recognise what these are? You might not know what they’re called, but you could have eaten them in noodles or soups. These are kim chiam (“golden needles” in Hokkien) or dried lily buds, which are used in traditional Chinese cooking. Chng was first inspired by the visual forms of this dried vegetable after coming across them whilst in her friend’s kitchen in London. Typically, kim chiam were knotted before cooking, and to Chng, the knotting transformed them into animated, anthropomorphic figures. Kim chiam became favourite subjects of her etchings, monoprints and assemblages.

Chng’s unconventional use of kim chiam in her works reveals her playful and improvisational approach to everyday materials, through sustained experimentation of various ways to depict and present the figures. Humour, for Chng, was also a way to question the incessant pace of modern life, and evoke how, like the kim chiam, we dance and move through a big city, one in a crowd of many.

Curious to see more of Chng Seok Tin’s works? Something New Must Turn Up: Six Singaporeans After 1965 runs at National Gallery Singapore until 22 August 2021. 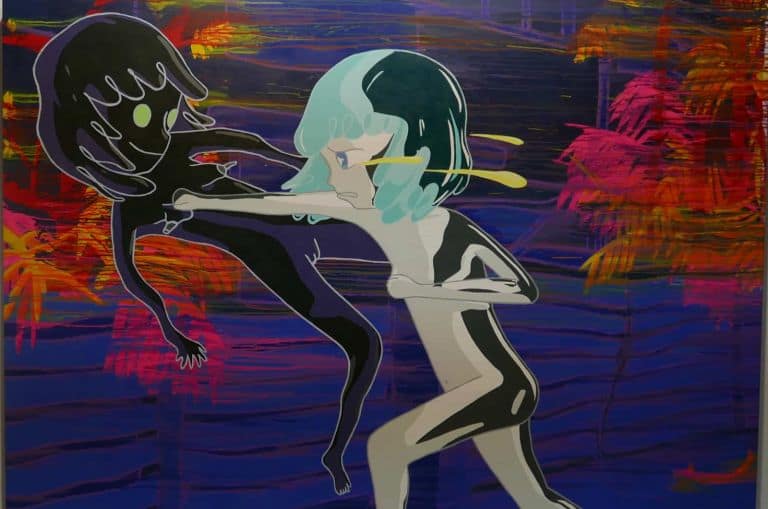 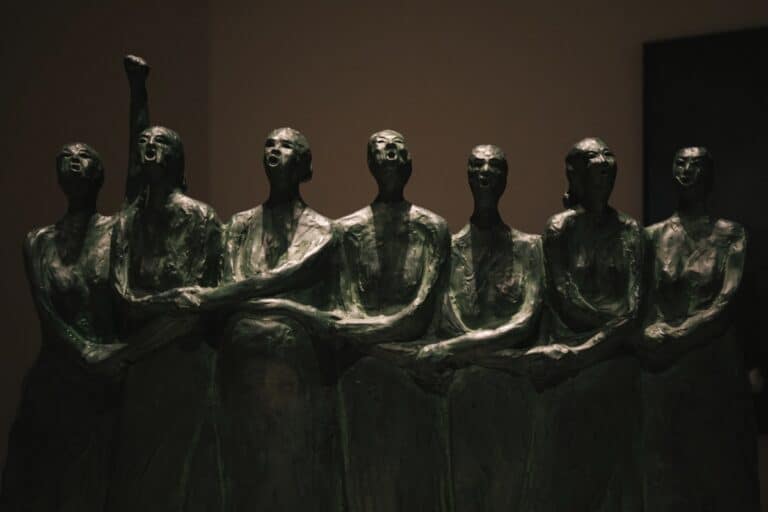 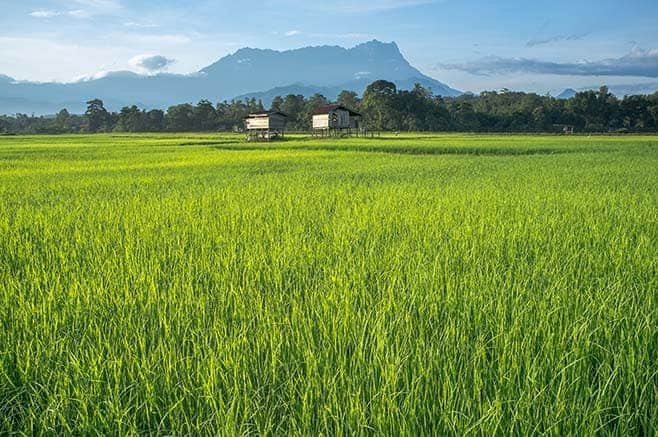