When one mentions starch, what comes to mind is the carbohydrate commonly found in dietary staples such as potato, rice, and wheat. But a new form of starch has recently surfaced in the Singaporean art scene: in December 2020, artist Moses Tan started an independent art space nestled in an industrial estate in Upper Thomson, and has since been putting out a steady stream of exhibitions, pop-up events and workshops.

He’s named the space starch for the carbohydrate’s energy-giving properties, in hopes that it will be a space for conversations amongst artists and create a small community of its own in time.

Over a visit to Can you tell the difference between Milo and coffee rings? (the current exhibition that’s ongoing until 7 Aug), I chat with Moses about what he hopes to achieve at starch, the cross-pollinations that occur between his roles as an independent artist and programmer of the space, as well as the passing on of generosity that he’s received from other artist-run spaces.

How did starch begin? Could you tell me a little about what prompted you to start this space and its programming?

My parents own the unit, which they had been renting out up until the start of the pandemic when the tenants had to leave Singapore. After the tenants vacated, my parents offered it to me as a studio space. But I already have a home-based studio and I felt that for something like this, I shouldn’t just take up space just because I can.

I thought that the space was really beautiful and I wanted to just let artists play with it. It’s the luxury of having a space to create and show work, but also the architecture of this particular space – there’s a mezzanine and a tall ceiling of about 5.63 metres. They got me excited as an artist and I thought that maybe others would like to play with it too.

This also came at a time when I was telling my parents that many art spaces were disappearing or not doing so well, and they were open for me to explore this as an exhibition and art space – so that was how it all began!

How did you go about programming the space?

I started out envisioning this as a one year-long project where I give artists free use of the space for a whole calendar month. Within this one month, they can decide how they’d like to use the space, for instance how long installation and de-installation would take, and how long the duration of an exhibition might be.

Space – especially one that you have a certain amount of stability with – is a privilege in a time like this when a lot is so fluid. I hope that giving space and allowing artists the flexibility of these decisions will be useful for them.

Why a one-year project?

It was partly because I didn’t know whether anyone would find a need for it in the first place. Yes, there is a free space, but the labour of making exhibitions is labour that artists will have to take on. Would I want to do something where I’m making artists take on more labour also? I was hesitant about that.

I soon found that there was indeed a need for space, and I got more requests than I had originally anticipated – which is why I’m already planning for starch to continue beyond the initial one-year period.

It’s no mean feat to run a space like this independently. How has the experience been?

[laughs] It feels like having two full-time jobs – one as a practicing artist myself, and another in programming starch. I’ve been sustaining the costs of running the space out of my pocket using my earnings from some other projects that I take on as an artist, but when those projects end, I’m not too sure yet how I will continue.

One thing we’ve done is to source for exhibition equipment from previous projects or freecycling groups such as Art Don’t Throw on Facebook – or sometimes friends donate them.

The colour of the paint in this current exhibition does bring me back to your solo exhibition at Yavuz!

Exactly, a lot of what we use has been second-hand from various sources. I’ve loved shopping for this space at Cash Converters so much that I’ve already found my favourite outlets [laughs]. The Tampines one is the best because the outlet is quite big, compared to the Ang Mo Kio one. And these days, whenever I order something for my own works, I think about how they might possibly have a second life at starch.

What have you enjoyed about programming the space, and how do you see it overlapping or diverging with your own artistic practice?

One thing that drives me is to think about how I might support the practices of other artists and also learn from them. The other thing that I’ve found interesting is how some of the curatorial ideas that I’ve suggested to the artists who work in this space are ideas that I would have used for my own installations. To see it take shape here allows me to then think about it in relation to my own practice.

For example, I’ve been thinking about the use of tiles in my own installations for a while. Then when I came in to help with Can you tell the difference between Milo and coffee rings? I somehow just suggested that to Tricia and she took it on. That’s in turn led me to think about how I might make floor-bound installations interesting for people.

So that’s one aspect that’s overlapped – little tangents that I find in working with people which I take back to my studio that make me very excited.

It also requires a fair bit of generosity to share ideas that you would have used in your own practice with others. Aren’t you afraid that the idea would then have been ‘done’?

Oh it’s fine ­– with these things, if it works out well for them, there’s a certain sense of happiness that I get from seeing it too. I am precious about my practice, but not in a way where I can’t share it with other people.

Let’s talk about your practice – could you share a little about what you’re currently working on?

My current research involves looking at gossip – gossip as a form of oral history, the difference between gossip and rumours, how gossiping opens up or prefaces facts, and how we give power to gossip (or rather, non-toxic gossip) for instance. Looking at anthropological research on gossiping and queer ecology, I’ve been thinking about how I might physicalise gossip, and within the body, think about protection from gossip. How might gossip function as protection, and how might that relate to my interest in certain plants?

How has the experience of managing starch impacted your personal practice?

Having worked on this space with all the artists who have come through here, it’s led me to understand the specificity of the little nooks and crannies that this space has, far more than usual. The question is, how do I translate this learning to my own practice and my approach towards other spaces? I have to say that I’m really itching to play with the space on my own.

How do you think art spaces can help artists to grow?

It’s a bit too early to say with starch, but my own experience was when Jason Wee from Grey Projects gave me the space to build an installation there in 2017. That generosity was really amazing because I was just a new graduate back then. To be able to stage something like that was really helpful in allowing me to realise some of the ideas that I had. That sort of space-giving helps to nurture the confidence of a new artist, and that gave me a bit of a boost to continue further. I do hope that starch can be this space for others.

At the same time, I don’t think that the support of a space should just be a once-off thing. So I’m thinking about how we can have programmes in the future which artists can be invited back to be a part of, so that we can build a little community of our own in a way.

I’m definitely looking forward to all the shows that are going to happen soon. We’ve got programmes all the way to December, and we’ve already filled the calendar to the middle of next year.

I’m also excited about other things that I have a bit more agency in, such as the possibility of creating a residency space here. I’m thinking, how might it be different from that of other residencies?

Find out more about Moses Tan’s artistic practice via his website, and keep in touch with the events at starch on their social media page. 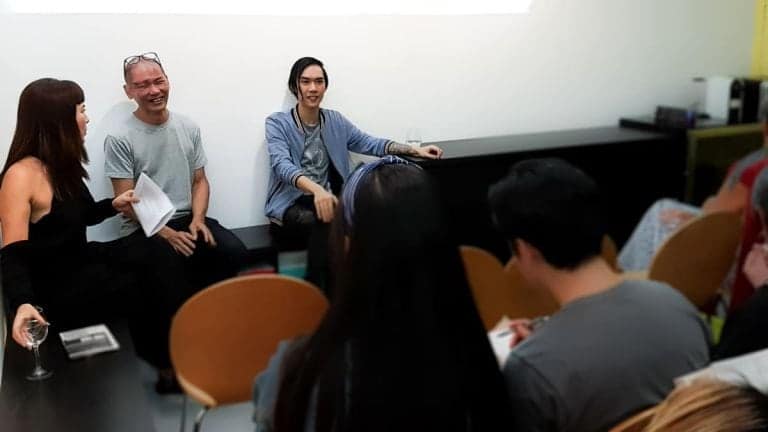 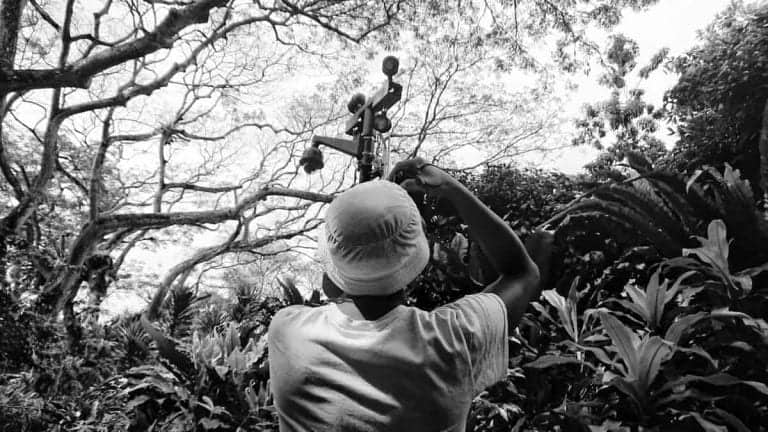 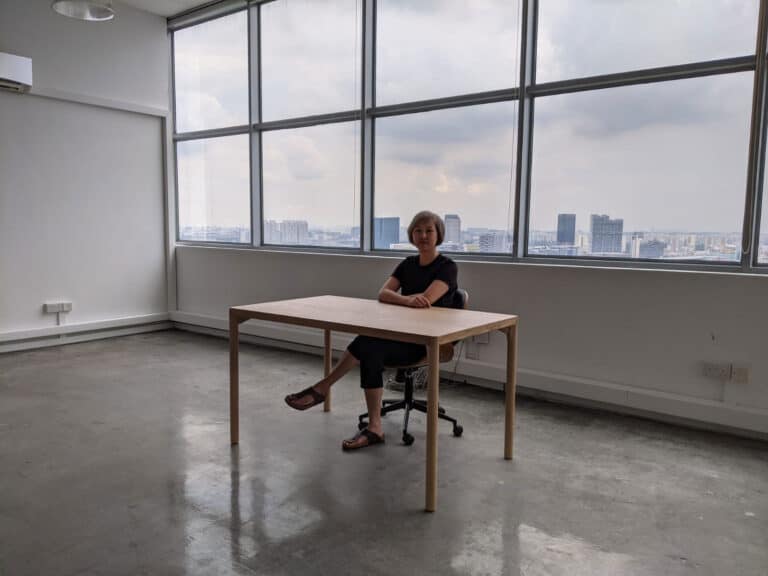 Between Cats, Charcoal, and Falsehoods: An Interview with Yanyun Chen 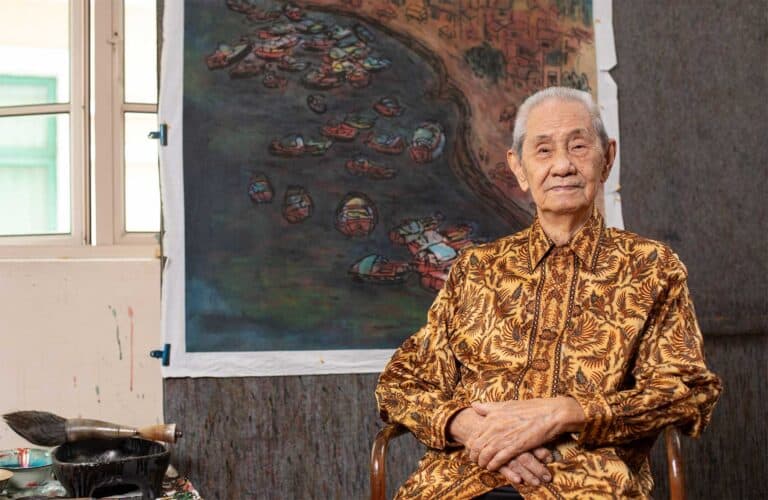